New book by expert Rosita Šorytė: “We Can Lift This World While Quarantined”: Scientology and the 2020 Pandemic

New religious movements are rarely given credit for their humanitarian work. A case in point is the Church of Scientology during the 2020 COVID-19 pandemic. Opponents used the epidemic as an opportunity to accuse Scientology of spreading conspiracy theories and not respecting anti-virus precautions.

In fact, while interpreting the epidemic through L. Ron Hubbard’s theory of “dangerous environments,” Scientologists rapidly adopted state-of-the-art precautions and distributed millions of booklets teaching how to effectively protect hygiene and use masks, gloves, and disinfectants. Scientology’s Volunteer Ministers organized massive humanitarian activities, which were praised by mayors and other authorities in several countries. By doing this, they were persuaded that they were not only helping fellow human beings but moving decisively towards a better, “restored” planet. 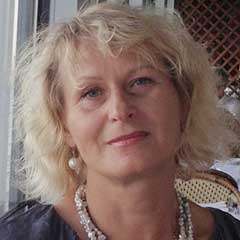 Rosita Šorytė, who has a long experience on the problems of humanitarian aid delivered in time of crisis by both governments and international organizations, and NGOs, and has studied in particular how religion-based NGOs operate, explores Scientology’s response to COVID-19 through volunteer services, distribution of literature, disinfection, and the production of musical shows that reached millions, aimed at providing a commodity not less essential than masks or disinfectants, hope. She shows how their actions are deeply rooted both in L. Ron Hubbard’s theology and the lifestyle adopted by Scientologists throughout the world.

Rosita Šorytė joined in 1992 the Ministry of Foreign Affairs of Lithuania and worked for 25 years as a diplomat, inter alia at the UNESCO in Paris and the United Nations in New York. In 2011, she served as the representative of the Lithuanian Chairmanship of the OSCE (Organization for Security and Cooperation in Europe) at the Office for Democratic Institutions and Human Rights (Warsaw). In 2012-2013, she chaired the European Union Working Group on Humanitarian Aid on behalf of the Lithuanian pro tempore presidency of the European Union. She takes a special interest in religious liberty and on refugees escaping their countries due to religious persecution and is co-founder and President of ORLIR, the International Observatory of Religious Liberty of Refugees, as well as a member of the Scientific Committee of FOB, the European Federation for Freedom of Belief. She is also the author of several articles and book chapters on religious liberty and religion-based humanitarian initiatives.