Despite suspicions to the contrary, the Shincheonji Church of Jesus membership list that authorities obtained through a probe was not much different from the list the Christian sect had provided earlier.

Some politicians, heads of local governments and Justice Ministry officials had called for a prosecutorial investigation into the Shincheonji Church of Jesus, accusing the sect of hampering disease control efforts by intentionally omitting names from the list it submitted.

After the Central Disaster and Safety Countermeasures Headquarters conducted an administrative probe into the Shincheonji headquarters in Gwacheon on March 5, digital forensics agents from the Supreme Prosecutors’ Office assisted with the analysis of data retrieved from the Shincheonji server -- such as the list of adherents and the church’s app and fingerprint recognition records, which indicate who attended its worship services.

Shincheonji followers need to scan their fingerprints or QR codes on their app in order to enter the chapel, and all the data is automatically saved in the system.

Investigators compared the data they obtained from the server at the Shincheonji headquarters in Gwacheon with what they received from the sect, and found “no meaningful differences” between the two, according to sources.

Based on the findings, the Central Disaster and Safety Countermeasures Headquarters is said to have concluded that a prosecutorial investigation was no longer necessary to secure an accurate list of Shincheonji members, and has informed the prosecution of its decision.

The prosecution plans to focus on investigating crimes related to the novel coronavirus, such as the hoarding of masks.

According to the Daegu City government, the 12 branches of the Shincheonji Church of Jesus, the Temple of the Tabernacle of the Testimony, had 193,953 members nationwide as of January this year, excluding trainees and children.

The majority of infections in the Daegu area were part of a cluster linked to the Shincheonji church last month. 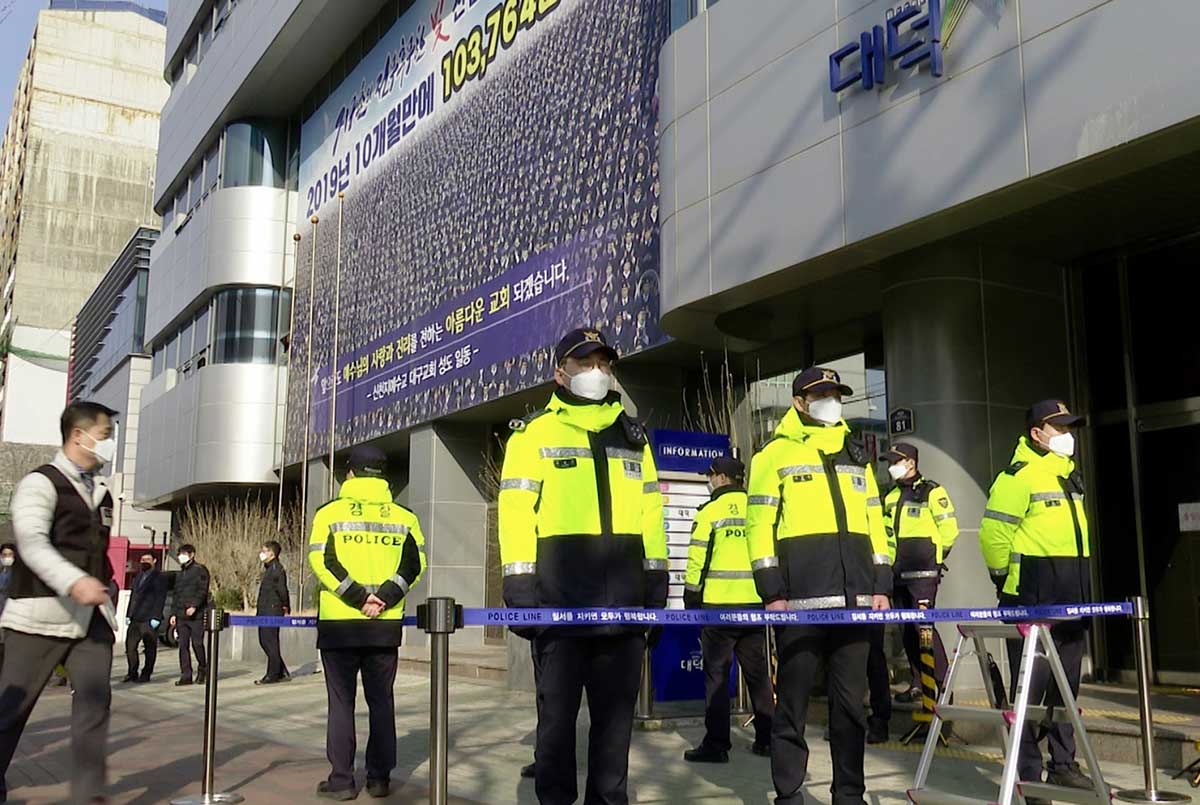