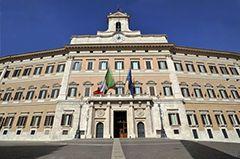 Presentation of FOB (European Federation for Freedom of Belief)

Aims of the meeting

FOB is a non-party and non-denominational European federation, composed of associations founded in different member States of the European Union, born to defend freedom of religion and belief. The Federation means to present its own activities and aims to the Italian public opinion, that substantially fit in the support to the FORB program passed by the European Union. During this meeting reports and suggestions by FOB will be investigated, leaving wide room to the speeches of people who for decades have stood out for the commitment to the defence of religious freedom and the evidence of cases in which this freedom has been seriously violated, in order to make citizens aware and to promote respect for fundamental human rights.

Reports concerning the Italian situation in the year 2014 mainly affected the regulations on places of worship in Lombardy (better known as “anti-mosque law”) and the special anti-cult unit of the State Police, in connection with what the Italian Constitution decrees and with the commitments our country undertook at international level. Such violations have been represented by FOB at the OSCE/ODIHR plenary session of 30th September 2015 in Warsaw, where the Federation's report on the Lombardy law has been published. FOB also underlines the inadequacy of the Italian legislative framework, that doesn't totally abide by the Constitutional text yet and doesn't guarantee an effective equality between confessions in the Italian territory, so much that fascist regulations are still partially in force.

FOB means to urge the Italian Parliament to a non-party and cross-party debate which could lead at last to the approval of an equal bill on freedom of religion, as it has been often wished, for more than thirty years, by all of the representatives of Italian religions, including renowed exponents of the Catholic Church. It also proposes the adoption of a National Strategy for the implementation of the guide-lines included in the FORB program by the EU, and it announces for 2016 the drawing up of a special document we mean to propose to the Italian government. The Federation finally invites Italy to answer the national and international questions about the “Anti-cult Squad” of the State Police, revealing costs in connection with its actions and its effective utility, legitimacy and constitutionality, as well as considering the opportunity of opening a committee of inquiry on the violation of freedom of religion and belief repeatedly reported in connection with the activities of such squad at a national and international level.

The meeting will also include the evidence of people who personally suffered violations of freedom of religion and belief, in order to make institutions and public opinion aware so that a new phase can start, which will really allow Italian believers, non-believers and atheists to enjoy equal dignity before the law.

The admittance to the room is allowed until the reaching of the maximum capacity. You are reminded that in order to be admitted to the Chamber the registration is obligatory, by 15th December 2015.

For men suit and tie are obligatory.