Practicing What We Preach in Europe

Last 28th of June at Brussels in the premises of the prestigious Solvay Library at the European Parliament the Faith and Freedom Summit 2018 was successfully held.
Speakers and participants from several countries attended a packed one-day conference that covered the many aspects of the protection of freedom of religion and belief in Europe and its challenges in the modern society.

The relevance and importance of this summit was to ponder and focus on the problems experienced by religious and spirituality groups and by their members in Europe with an eye on the obligations on States to promote and implement their freedom of religion and belief in accordance with the international human rights standards.

There have been several speeches and interesting round tables in which eminent scholars, professors, lawyers and activists have masterfully elaborated on issues ranging from the problems experienced by individuals and groups and the activities of NGOs and the initiatives taken by politicians in this field in Europe and the legal implications between law and religion.

FOB was represented by our chairman Alessandro Amicarelli who moderated the law and religion panel and who concluded the session making the following powerful statement:

Indeed any restriction and limitation has to be placed in compliance with the law and the law itself has to be fair and respectful of the principles set forth in international law.

The event was an occasion for delegates to give a strong message to the European nations to Practice what We Preach in Europe, as the subtitle of the event suggested.

This message is perfectly in line with other initiatives we have taken as FOB particularly our Call to Nations that we launched in Florence in January 2018 and presented at the United Nations Palace in Geneva in March and that we keep disseminating as the proof States do have all means to promote and actually implement freedom of religion and belief in Europe - Transforming theory into practice is the key for empowering change!

During the last session some good news came from Italy where two members of the Church of Almighty God (CAG), a Christian minority heavily persecuted in China, had just been granted refugee status in Court after the refusal they had received from the refugee commission.

Many members of this religious group escape from China trying to find refuge in Europe and most of them have been refused the international protection either because the national authorities do not know the reality of persecution of this group in China or because the State collaborate with China against some groups considered as sects and deport their members.

FOB and its associated members and other lobbying groups are persistently and consistently operating to raise the issue of the persecution of the members of the Church of Almighty God and the need for them to be freed in China and to be granted refugee status in Europe when they seek it.

Recently our chairman in his capacity as international human rights lawyer practising in the UK has filed two complaints with the United Nations Working Group on Arbitrary Detention on behalf of members of the CAG detained in China on the ground of their faith, namely for only being members of that religious community.

The authorities of the European countries have to realise its time to welcome all those who are victims of persecution or likely to be persecuted on the basis of their faith or belief in their countries and then take all positive actions to speedily and positively let them settle in Europe and peacefully enjoy freedom of religion and belief in accordance with the international and EU legislation. 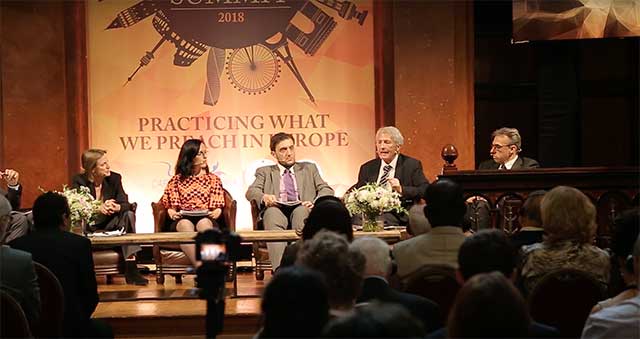