Recognized as the reincarnation of Tibet's second highest religious authority, Gedhun Choekyi Nyima was officially instated by the Dalai Lama on May 14, 1995. A few days later he "disappeared" along with his entire family and has not been heard from since. This deplorable disappearance swells the number of "desaparecidos" at the hands of the intolerant Chinese Communist regime.

FOB joins the general outrage that this event arouses in those who firmly believe in human rights and in the value of freedom in all its forms, and strongly calls for the release of Gedhun Choekyi Nyima and all the Tibetan people. 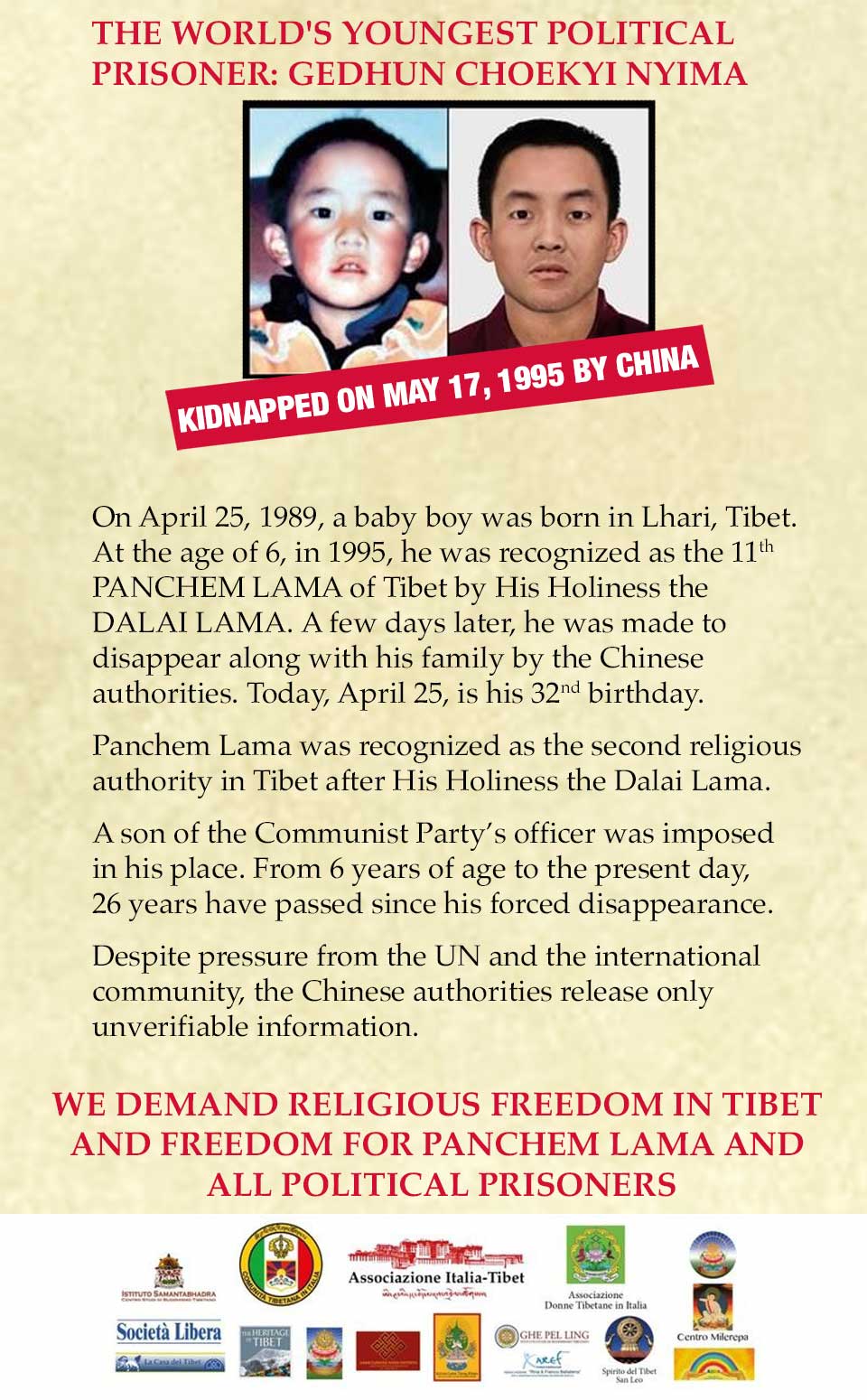