Military search operation in Dza Wonpo Town enforced eight months on from the death in custody of 19-year-old Tenzin Nyima.

On 22 August, around 200 military personnel and nine military vehicles arrived in Dza Wonpo Town and carried out mass arrests of around 50 people. The town is located in Sershul County, Kardze (Ch: Ganzi) Tibetan Autonomous Prefecture in the eastern Tibetan region of Kham. None of the detainees in Chinese police custody are allowed to meet their family or friends and the official reason for their arrest has not been disclosed.

Around 30 local Tibetans from the town and 19 monks from Dza Wonpo Monastery were initially summoned to police custody and detained during the military search operation conducted from 22 to 24 August this year. They were arrested and detained on suspicion of keeping photos of their exiled spiritual leader His Holiness the Dalai Lama on their mobile phones, posting them online, and placing his photos on the altars at their home and in the monastery. The visitors of those detainees were told that the lay people will be kept in police custody for a month. 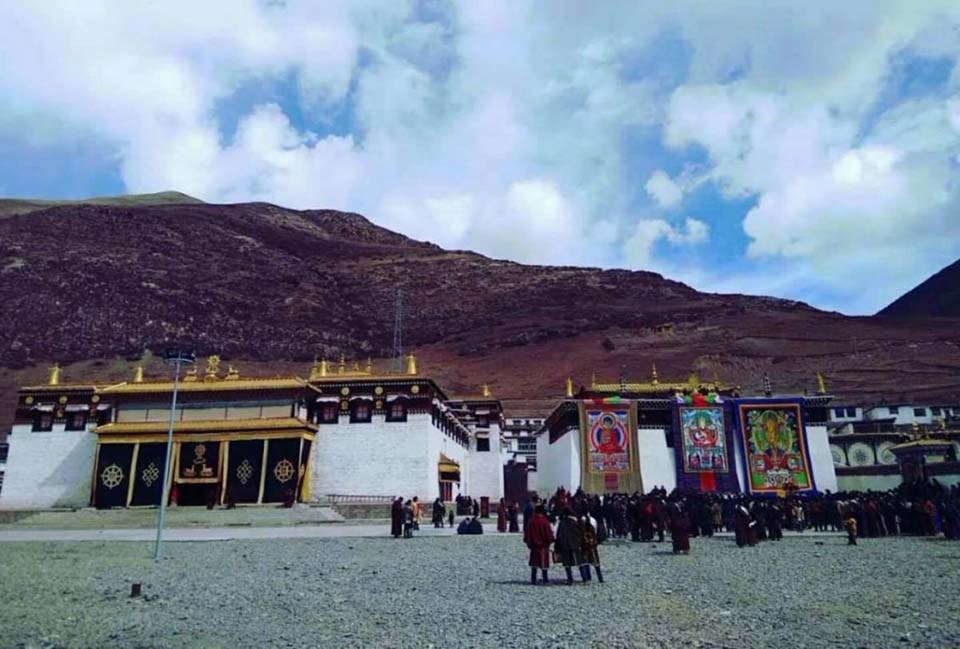 A meeting called “People’s Meeting” was held the next day on 25 August after which all the villagers in the town were placed under restrictions. One by one, each home of the Tibetans of Dza Wonpo Town was searched by the military and police.

A source confided that some detainees had been arrested earlier in March this year during a similar massive military search operation. They were arrested on the same allegations of keeping photos of the Dalai Lama and having contacts with Tibetans living in exile.

A witness who declined to be named said, “The family and friends of the detainees took some food and clothes for them but they were not allowed to give any stuff and to meet them in police custody.”

“It is clear that all the detainees in police custody did nothing illegal. Chinese military personnel have not given any reasons for whatsoever crimes they had committed but they were only suspected of keeping photos of the Dalai Lama,” another source told Tibet Watch.

During the work meeting, which was held in the town, the authorities ordered compulsory attendance for all the villagers over 18 years old. They announced that another big meeting will be held in the near future and warned locals against carrying out any "illegal" or "criminal" activities before then."

Five-point orders were announced at the People’s meeting. These were:

1) No one can keep any photos of the Dalai Lama

2) No sensitive topics can be talked about in WeChat

5) People must abide by the laws of the Chinese state

The investigative operation this month is the continuation of the intense crackdown in March following the death in detention of 19-year-old Tenzin Nyima in January this year. During the search operations in March, local Tibetans were warned that anyone in possession of photos of the Dalai Lama will face similar criminal charges to keeping illegal weapons like guns. Sources reported that the villagers were forced to sign a letter stating that they would not keep photos of the Dalai Lama and the violation of the order would be punished with forceful reimbursement of their “poverty alleviation state-aid”. The authorities had also mandated a compulsory installation of software in everyone’s mobile phones under the pretext of personal security but local Tibetans later learnt that the software was used to conduct surveillance by tracking their online activities and as well as geolocation when their phones are not connected to the Internet.

Photo of Dalai Lama from Wikipedia (CC BY 2.0)