The position of Special Envoy for the Promotion of Freedom of Religion or Belief outside the European Union has been reinstated by the European Commission after having previously been discontinued. Mr. Ián Figel' has served in that role until is mandate expired in December 2019.

By Marco Respinti (member of FOB's Advisory Council) — A great, strategic victory has been won. The position of Special Envoy for the Promotion of Freedom of Religion or Belief outside the European Union has been reinstated by the European Commission! The International Organization for the Family (IOF) and “iFamNews” had petitioned for this outcome and garnered thousands of signatures of support, which seem to have made all the difference!

The news came from Mr. Margaritis Schinas, Grecian Vice-President of the European Commission, who announced it on Twitter, commenting that “the forthcoming appointment shows our determination to ensure the rights of ALL faiths and beliefs are respected across the world.”

The office of the Special Envoy was established on May 6, 2016, fulfilling the call made by the European Parliament through its Resolution of 4 February 2016 in response to the massacres of religious minorities in Iraq and Syria by the terrorist group called ISIS.

The post was filled by Jan Figel’, a Slovak, who served formerly as a European Commissioner and as Minister of Transportation in his own country, and served brilliantly in this role until December 2019, when his mandate was over.

Immediately after that, NGOs and advocates for religious liberty in Europe wrote petitions to the President of the European Commission (EC), Ms. Ursula von der Leyen, requesting a that she bestowed a new mandate on Mr. Figel.

Among those petitions, “iFamNews” hosted our own, collecting the signatures of thousands of readers strongly convinced of the preciousness of the fight for religious freedom in the world.

It seemed like saying that the EU  doesn’t care about religious freedom in the world, as I wrote on June 19.

The game seemed then over. Suddenly, though, the case re-opened when three prominent German religious leaders appealed again to Ms. von der Leyen: the president of the Conference of European Rabbis, Mr Pinchas Goldschmid, the chairman of the Central Council of Muslims in Germany, Mr. Aiman Mazyek, and the highest-ranking Orthodox figure in Germany, Metropolitan Augustinos. “iFamNews” featured a story about this in our Italian edition just today, wondering if anything could come from this initiative and frankly doubting it. But here we are! 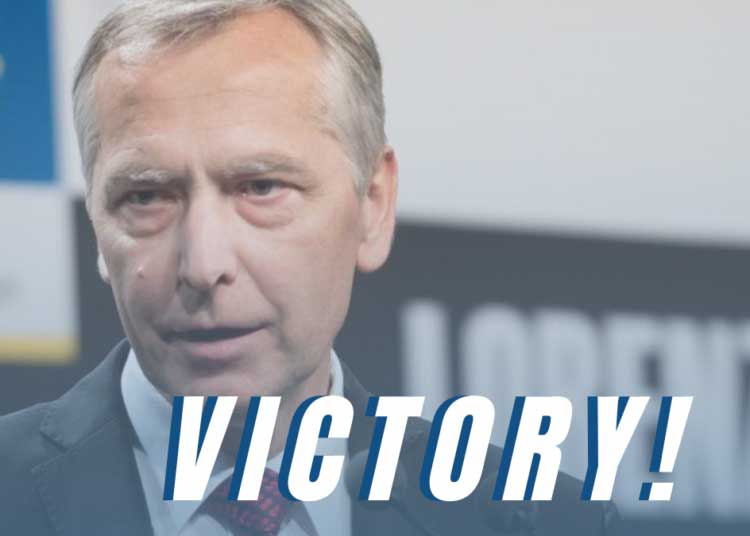 Yes, it is a great victory, and we are part of it. You, our faithful readers of “iFamNews”, can be proud: you made it possible.

It fact, it doesn’t cover only the freedom to personal belief, but it is also, inseparably, the right to live and behave publicly according to the faith. Thus, beyond being fundamental per se, religious liberty is key to securing other rights, like the right to defend innocent life from conception to natural death, to protect marriage and the natural family, to preserve families’ liberty of education, to guarantee freedom of speech, and to allow enterprises that build on life and family.

If a person cannot be repressed for his or her belief, and if he or she enjoys the right to live according to his or her faith, no state or agency can obstruct other social and political freedoms deriving from his or her faith.

We cannot repeat this often enough: the fight for religious freedom critical. It is not an appeal to relativism, mere freedom of conscience and amorality. It is the basic right to truth which is inscribed in the human nature. “iFamNews”, and its publisher, IOF, rejoice in this great victory in Brussels, in which we and you – let us say it proudly – played a substantial role!

is the Editor-in-Chief of International Family News. He is an Italian professional journalist, member of the International Federation of Journalists (IFJ), essayist, translator, and lecturer. He has contributed and contributes to several journals and magazines both in print and online, both in Italy and abroad. Author of books, he has translated and/or edited works by, among others, Edmund Burke, Charles Dickens, T.S. Eliot, Russell Kirk, J.R.R. Tolkien, Régine Pernoud and Gustave Thibon. A Senior fellow at the Russell Kirk Center for Cultural Renewal, a non-partisan, non-profit U.S. educational organization based in Mecosta, Michigan, he is also a founding member as well as Board member of the Center for European Renewal, a non-profit, non-partisan pan-European educational organization based in The Hague, The Netherlands, and a member of the Advisory Council of the European Federation for Freedom of Belief. He serves as Director-in-Charge of the academic publication The Journal of CESNUR and Bitter Winter: A Magazine on Religious Liberty and Human Rights in China.