by Alessandro Amicarelli — Cuban media consistently denounce Islamophobia in the United States and Europe, and claim that Islam is welcome in the island. Indeed, there have been some improvements in recent years, that observers connect with Cuba’s international relations with countries such as Iran and Saudi Arabia, which advocate for the rights of local Muslims. Students from Muslim countries were never harassed for quietly practicing their religion, but the situation was different for Cuban converts. In 2015, a scholar reported that Cuba was home to 10,000 Muslims, of which 3,000 were native Cubans who had found in Islam an alternative to the Marxist atheistic education they had received.

The first Muslim convert, Pedro Lazo Torres, joined Islam in 1991 and took the name of Yahya. In 2002, Yahya founded the Islamic League of Cuba, Life was not easy for the converts, which were often prevented by the police from praying in public, until the League was officially recognized in 2007. In 2015, a small mosque was inaugurated in Calle Officios in Havana.

This is the only authorized mosque in Cuba. The imam of Holguín,Abdullatif Abu Maryam, used to keep a small mosque inside his garden. It was raided in July 2017 by State Security agents, who beat the imam leaving him with a fractured hand and took him to jail, from where he was released on bail after a week.

Media have mentioned “expulsion from workplaces and schools, kidnapping, arbitrary detention, and violence” continuing against Muslims after the official recognition of 2007. 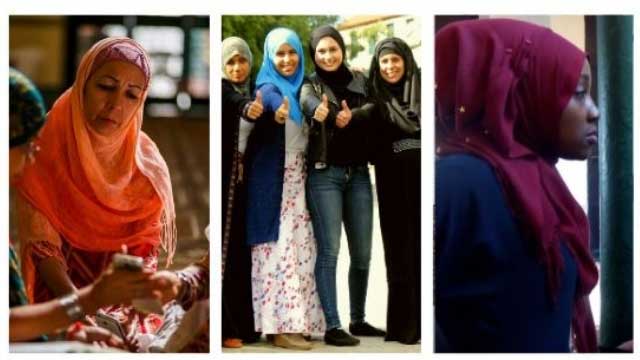 Cuban Muslim women, from the Facebook page of Cubanas Musulmanas.

In 2020, a Facebook page devoted to the life of Cuban Muslim women, reported the story of a convert, Niurbelis Salas Quiala (Samira), who was compelled to remove her hijab under threat of losing her job.

On Women’s Day, 2021, Christian Solidarity Worldwide reported on a Cuban artist who converted to Islam in 2007 after contacts with Pakistani students. She told a story of constant harassment since conversion, although she became a well-known artist and curator. The file about the mandatory social service she had performed mysteriously “disappeared,” and she had to perform it a second time. She had lectures cancelled, and was forced to remove her hijab on several occasions. State security agents continue to monitor her and to send “ugly messages” to her phone.

While it would be unfair to ignore some improvements in the situation of Cuban Muslims, they are still a discriminated minority. Before criticizing other countries for their treatment of Muslims, Cuban authorities would do well to put their own house in order.

This article was published also on Bitter Winter