French Law on “Separatism”: Amendment Battles in the Senate Positive and negative changes have been introduced, and some passed, at the Commission on Laws stage. The text will go to the Senate’s floor on March 30.

by Massimo Introvigne — Until one month ago, articles on the draft French law against “separatism,” rechristened “Law for the respect of Republican principles,” were being published by mainline international media almost daily. With some colleagues, I had published a first “White Paper” emphasizing problems for religious liberty in the original text, and a second one suggesting that the law may offer a positive opportunity to go beyond the restrictive definition of “religion” prevailing in French case law.

Eventually, the objections by French and international scholars, after the French State Council had made similar remarks, were heard by the government, which amended the text by eliminating the most controversial provisions. The law was then approved in first reading by the National Assembly and sent to the Senate, where it has been discussed by the Commission on Laws. It will go to the Senate floor on March 30, and the discussion is scheduled to continue until April 8.

After approval by the Senate, the draft law will go to a mixed committee (composed by senators and members of the Assembly, in equal numbers). If they will come to a consensus, the legislative process will be concluded. If not, the text will go back to the Assembly, then to the Senate, and finally to the Assembly again, which will have the last word. At each stage of this “navette,” amendments may be introduced. Most of those to be examined in the Senate’s discussion have already been filed.

The fact that international media, confronted with this long and complicated process, have somewhat lost patience and now rarely mention the French law, is not a positive development. International criticism, even if routinely rejected by some French politicians as an undue interference, probably played a role in having some positive amendments passed. For instance, the Commission of Laws eliminated the almost total ban on homeschooling, a provision often mentioned in the draft law’s international criticism.

However, an amendment passed by the same Commission of Laws is cause for concern. In the text approved by Commission there is a new Article 8 bis A, which reads: “Article 3 of the law of July 1, 1901 relating to the association contract is amended as follows: 1. The first occurrence of the word ‘or’ is replaced by the sign: ‘,’; 2. After the word ‘object,’ the words ‘or having an activity’ are inserted.” This is typical legislative jargon hardly understood by laypersons, but it hides a danger for freedom of association. Although the provision refers to the law of 1901, it also affects religious associations incorporated under the law of 1905. And at any rate, for reasons we explained in the second White Paper, a number of religious groups, however, decide to incorporate under the law of 1901.

Article 3 of the law of 1901 declares void ex tunc the incorporation of an association whose “purpose” is against the laws or morality. This nullity leads to a quasi-automatic dissolution. The amendment bans association that have “a purpose or activities” that are illegal or contrary to morality. The effect will be that associations occasionally accused of illegal or “immoral” activities, even if these are not part of their “purposes,” could be dissolved. Considering the climate of hostility to religious minorities, particularly those labeled as “cults,” prevailing in France, it would not be difficult to accuse unpopular religious group of (more or less occasional) illegal or “immoral” activities. The amendment also raises issues of constitutionality. Perhaps a counter-amendment will get rid of it.

Some really bad amendments will also be discussed in the Senate. Socialist Senator Jean-Yves Roux through Amendment 280 wants to introduce a new crime of “cultic behavior” (comportement sectaire), defined as “pursuing activities with the aim of undermining the fundamental principles of the Republic of freedom, equality, fraternity, and dignity of the human person, the symbols of the Republic within the meaning of the article 2 of the Constitution, or to call into question the secular character of the Republic.” The new crime will be punished with one year in jail and a fine of Euro 15,000. Roux explains that the amendment targets “extremism” and “separatism,” normally code words for radical Islam, but he says it does so by “working on the cults.” The text is so vague, and so obviously contrary to the principles underlined by the State Council in its opinion, that its chances of being passed should be minimal.

Amendment 178 by Senator Valérie Boyer, from the conservative The Republican party, is more dangerous. She tries to reintroduce the possibility of a swift administrative dissolution of associations, including religious associations, that violate “human dignity,” “freedom of conscience,” or use techniques of “psychological pressures.” This is standard anti-cult jargon, and these provisions were part of the original draft law before being eliminated by the government following the opinion of the State Council. 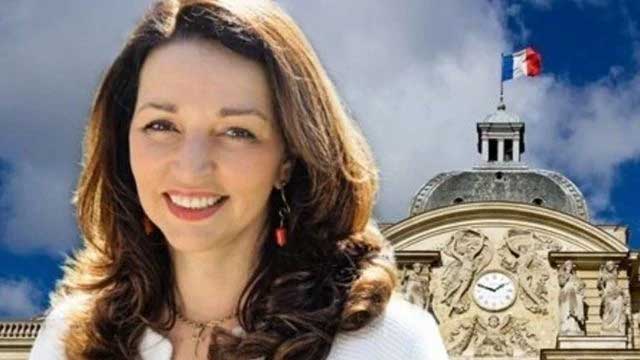 The same Valérie Boyer introduced another dangerous Amendment, 182, which aims at creating the crime of “publicly declaring apostasy a crime.” This refers to a declaration that is not accompanied by a violence or incitement to violence (which would result in a 7-year imprisonment and a fine of Euro 70,000). When there is no incitement to violence, just a statement declaring apostasy “a crime” the penalty would be 5-year imprisonment and a Euro 50,000 fine.

This is indeed the most dangerous amendment of them all. It runs a risk of becoming popular because it ostensibly targets Islam, and those Islamic radical schools calling for apostates to be beheaded. It has perhaps been influenced by recent controversies about the Jehovah’s Witnesses. However, Senator Boyer perhaps does not realize that the crime of “publicly declaring apostasy a crime” is committed daily by Roman Catholic professors who teach canon law in France, or distribute copies of the Code of Canon Law. Canon 1364 clearly defines apostasy from the Catholic Church a crime (delictum). The crime of apostasy is dealt with by Canon criminal law. This declaration that apostasy is a crime is made very publicly, and even included in the Vatican’s official Web site. This is paradoxical, considering that Senator Boyer “publicly declares” her Catholicism, and is concerned about the anti-religious attacks to the freedom of Catholics in France. It seems she does not know her own Church, and there are similar provisions on apostasy in many other religions, making Amendment 182 a serious danger for religious liberty.

We would still like to believe that the Senate may use the discussion to broaden the definition of religion with respect to the present French case law, as we suggested in the second White Paper. However, there are amendments that go in the opposite direction.

This is consistent with French case law, and follows literally an old opinion by the State Council dated October 24, 1997. However, this old case law is now at odds with the religious pluralism of the 21st century, which includes groups recognized by a vast majority of scholars as religious whose main aim is not “the celebration of ceremonies,” with Buddhist groups promoting individual meditation rather than collective rites as one obvious example. Amendments 138 and 357 will crystallize the existing situation, which follows an outdated model based on Christian churches. The historical opportunity of using the new law to introduce a more modern concept of religion will be once again missed.