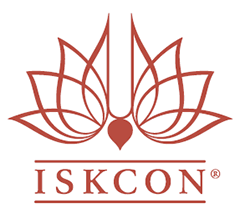 New Delhi: On 10th December two people were injured when attackers threw crude bombs and fired gun shots at a Hindu religious gathering of over two thousand devotees at the temple of International Society for Krishna Consciousness (ISKCON) in Kaharol region of Dinajpur. “Luckily, the bombs did not explode,” said ISKCON general secretary of Bangladesh Caru Candra Dasa who was present at the place of incident, “however, the attackers opened fire at the entrance, injuring two people."

Quoting witnesses, Monsur Ali Sarker, officer-in-charge of Kaharol Police Station, said five men on two motorbikes went to Bahuchi and hurled the bomb, which did not explode but triggered a hue and cry.

The criminals then exploded two crude bombs to make way for their escape, the officer said. However, locals caught one of them -- Safayet Hossain -- in possession of a crude bomb.

This attack on the followers of Hinduism is fourth such incident in a span of one month which has seen gun and bomb attacks in various parts of Bangladesh.

On Friday the devotees of ISKCON took out peaceful marches across Bangladesh to bring their plight to the attention of the government and the world. ISKCON has more than 40 temples and 50,000 followers in the country. Some festivals such as Janmastami and Rath Yatra attract nearly half a million people.

Though the investigations are underway, this incident underlines the dire situation of human rights & religious freedom in Bangladesh. As per the Bangladesh state census, the Hindu population which stood at 18.5% in 1961 had drastically come down to 8.5% by 2011.

As per the documents presented in April this year at the US Congressional Hearing on Religious Extremism in Bangladesh, the document stated that that within the broader Hindu community “more than 47 temples destroyed and approximately 700-1500 homes vandalized or burned to the ground (estimates vary) at the beginning of 2013. In the aftermath of the violence, Amnesty International noted with concern that the Hindu community in Bangladesh was at extreme risk. The Hindu minority was similarly in the runup to and during elections in early 2014, when an estimated 495 Hindu homes were damaged, 585 shops were attacked or looted, and 169 temples were vandalised according to the Bangladesh Hindu Buddhist Christian Unity Council.”

“This year alone marked several attacks in Bangaladesh against on temples, congregational gatherings and individuals simply due to their over their religious beliefs. ISKCON believes in the principles of freedom of religious practice regardless of the size of the community. We appeal to the Government of Bangladesh to address recognize the growing intolerance towards the minority communities and to work towards safeguarding the fundamental right of religious freedom for all as specified in the country’s constitution itself.” said Anuttama Dasa, Global Minister of Communications for ISKCON.

Over the coming days, devotees and friends of ISKCON, Hindu community leaders, human rights activists and other officials are expected to lead delegations to their local Bangladeshi Embassies to voice their concerns about the human rights & religious freedom in Bangladesh.