2021 ends with good news for the CAG (Church of Almighty God), the Christian congregation targeted by the Chinese Communist Party. Two important sentences, one by the Supreme Court of Cassation and one by the Court of Rome, established that the members of the CAG are persecuted by the Chinese regime, both at home and abroad, and therefore have the right to asylum in Italy.

Judges recognized that the CAG is severely persecuted in China, and members are harassed by the CCP even abroad.

by Massimo Introvigne — The motivations of two interesting cases where Italian judges have ruled in favor of Church of Almighty God (CAG) refugees have recently been delivered to the applicant’s lawyers. The CAG is a Christian new religious movements, and currently the single most persecuted religious group in China.

The first decision is from the Supreme Court of Cassation, and is dated November 18, 2021. The case concerned an interesting Chinese story of blackmail and corruption. In 2012, the husband of a female member of the CAG tried to tell clients of a restaurant about his faith. He was followed to his workplace by one of the clients, who started to blackmail him, threatening to report him to the police as a member of a xie jiao, i.e., a banned religious group. Knowing that, if reported, he would surely have been arrested, the man started paying the blackmailer, and continued to pay until he and his family were ruined. At this stage, he and his wife, with their three-month-old child, had the only alternative of leaving their home and seek refuge in a different city, as guests of the wife’s father, also a CAG believer.

In 2014, the police almost caught their group of believers, but they had managed to hide all the CAG material and nobody was arrested. In 2015, however, the woman’s father was arrested, and the police asked his wife to pay RMB 50,000 ($7,850) to let him go without registering its arrest. Since the woman did not have what for her was an exorbitant sum, the husband was beaten, tortured, sentenced to one year and two months in jail, and kept under surveillance after he had been released. This was too much for the daughter and her husband, who at this stage were not included in any police list or data base as CAG members. They obtained a passport, a tourist visa, and escaped to Italy. 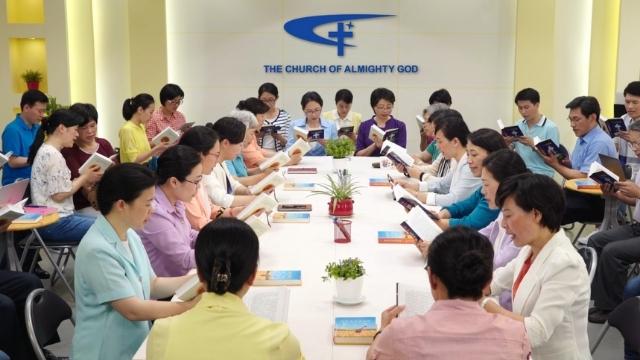 Here, however, they were denied asylum first by the administrative commission in 2016 and then by the Court of Perugia in 2017. The case before the Supreme Court of Cassation was filed by the wife, represented by attorney Francesco Di Pietro. The Perugia judges had found her story not believable based on one single argument: that she had told the administrative commission that her father-in-law had been arrested while he was evangelizing in the streets, while her husband had stated that the man had been arrested in his home.

The Supreme Court of Cassation reviewed the European and Italian case law about asylum seekers, and observed that they should be granted the “benefit of the doubt,” considering that they come from a different culture and are in a specially difficult situation. The judges found the woman eminently believable in her very detailed tale. There were no internal contradictions, and the only contradiction was with statements by her husband in separate proceedings.

But, the Cassation judges said, if narratives by refugees would be always dissected into single statements, contradictions would be found in almost all of them. Judges should rather look at the overall picture. In this case, the woman’s narrative was declared believable, and the court observed that there is little doubt that CAG members are persecuted in China. They were also satisfied that the woman is a bona fide CAG member, and remanded the case to the Court of Perugia asking them to apply to it the principles of the Supreme Court of Cassation’s decision.

The second case was decided by the Justice Court of Rome on September 13, 2021, and concerned another female member of the CAG, represented by attorney Andrea Dini Modigliani. In 2019, she had been denied asylum by the administrative commission, which used the frequent argument that the fact that she had obtained a passport was evidence that she was not really persecuted in China.

The decision is a model one, as it offers a very detailed reconstruction of the information available about the CAG from authoritative sources, and concludes that, since it is proved that being a CAG member is enough to be persecuted in China, once the refugee has proved (as the woman did) that she is a CAG member, asylum should be granted.

The decision quotes repeatedly Bitter Winter, something of which we are happy, but we are far from being the only source mentioned. In fact, the decision quotes at length from official reports by the governments of Italy, Australia, the Netherlands, Germany, and the United States, as well as the NGO Freedom House, to explain in details that in China there is no religious liberty outside of the five authorized religions; that in particular under the current interpretation of Article 300 of the Chinese Criminal Code being active in a group listed as a xie jiao leads to arrest, sentencing, and detention; that the CAG is listed as a xie jiao; and that its members are massively and mercilessly persecuted, the more so in recent years, when advanced technology is used to hunt them and the authorities have devised plans for a “final solution” and the total eradication of the CAG.

Interestingly, the court insists that CAG refugees should be protected by granting them asylum also because the Chinese authorities abroad continue to harass them. The decision refers in particular to the activities of pro-CCP anti-cultist Ms. O Myung-ok in South Korea.

About the passport issue, the decision quotes studies confirming that not only Chinese data base are not infallible, but corruption is so widespread in China that even known CAG members have several avenues to obtain a passport open to them. Once again, the judges quote Bitter Winter, but also “the German Federal Ministry for Immigration, which in a report published in October 2019 states that, ‘More than 5,500 CAG members have applied for asylum in the United States of America, in South Korea, as well as in various European states, including Germany.

On the basis of the most recent information, it has been ascertained that even those who have already been persecuted in China (or had been threatened with persecution) were able to leave China legally. Among the reasons this has happened are corruption of officials, incomplete tracking of wanted persons within the databases of public security, and sometimes incomplete checks during expatriation.’”

Asylum was granted to the CAG member.