Miviludes knows it is lying! By Jean-Luc Maxence — It was after publishing the article "Rebelles et fake news" hat the association CAPLC (Coordination des Associations et des Particuliers pour la Liberté de Conscience) contacted us, and sent us a letter that had been sent to them by the current President of Miviludes (Mission Interministérielle de Vigilance et de Lutte contre les Dérives Sectaires), in response to questions that had been posed to the President concerning the sources of the figures announced by the services of the Ministry of the Interior in connection with the "reinforcement of Miviludes". This article is based on this surprising letter and the answer given by the association.

Since its inception, Miviludes has been lying. But we thought that by leaving the bosom of the Prime Minister and joining the office for the fight against radicalization at the Ministry of the Interior, it would have been able to reform itself, gain in wisdom and honesty. But no!

For fear of its own death, perhaps, the Miviludes (and its current supporters at the Ministry of the Interior in the hands of the Minister Delegate Marlène Schiappa), could not refrain from crying wolf, in the great tradition of Peter: without wolf.

Here they are, announcing a new study carried out jointly with the police and the gendarmerie, shouting that this study would demonstrate, in the present time, the existence of 500 sects and several hundred thousand victims of sectarian aberrations, including 90,000 children. Except that not only the report in question does not say that, but it says the opposite. And it is up to the current president of Miviludes, Christian Gravel, to recognize the facts, to admit the lie and to finally spit out that all the figures put forward as being current by the ministry are in fact 15 to 25 years old (see attached the letter from Prefect Gravel and the reply from the association CAPLC for details).

Why do they lie? Who knows! Perhaps because of a survival instinct, because telling the truth would make them disappear. Yes, who would want to fatten up a service that deals with a problem for which there are no reliable and meaningful figures? Or maybe they are just malicious, or stupid, or all three, mon caporal? Either way, they are lying like a bunch of tooth pullers.

The Miviludes is less honest than a lier through his teeth

But the tooth puller most often attacks decayed teeth... The Miviludes, on the other hand, could attack pedophilia among Catholics, where figures do exist, and even if those of the ICASE are questioned, nobody can doubt that the problem exists.

Because the fact that Miviludes falsely communicates extremely alarmist figures concerning the abuse of minors is serious. Because the mistreatment of minors is serious! One should not be mistaken with this, especially when one is a state organization. These lies on the figures are a serious attack on the democracy.

It is necessary to protect the children, yes! But when the Miviludes gets hold of the subject by lying, it harms democracy, and protects nobody. It uses these false figures to stigmatize a few spiritual minorities and to justify the repression of "deviant thoughts", i.e. "different", and misses the real victims of abuse, in the name of the State! Thus, she betrays the State, the victims, the children.

Of course, it could also target Islamic extremists, for whom we have a number of bloody attacks that could justify the deployment of particular vigilance. But no, Miviludes does not care, or it fears them. After all, they are only a small clique of servile cowards (forgive the insult, it is a mild and euphemistic one) who thrive on the backs of a few spiritual or religious minorities, easy targets because no one takes the trouble to defend them, in the great hope of a scandal that rarely comes (the last one was the Order of the Solar Temple in 1997) but that could boost the machine for the next 20 years, thus assuring salaries and subsidies to the civil servants and to the anti-cult associations that have been gorging themselves for decades on the credulous back of the average citizen.

However, we could finally be happy with President Gravel's admission that he lied. It would take a certain amount of honesty to admit that one has lied extensively. Except that a few ingredients are missing to conclude that there is a salutary resurgence of integrity. Above all, there is a small dose of remorse missing. It even seems, to read the prefectural prose, that the conscience of the lie, if it exists, does not entail any consequences. A nothing... as if, being too close to the law, one forgets that one is subject to it. As if, by shouting too much about fake news, one believes oneself to be free from the truth.

Here at Rebelle(s), we don't really like liars, but above all, we loathe those who, in addition to destroying the truth, seek to adorn themselves with the semblance of virtue because they are on the side of the handle.

Gentlemen of Miviludes, if you were ever to disappear because the truth is that you serve no purpose, except for your own interests and those of the anti-cult associations that parasitize you, then have the elegance to disappear, and to reconvert to a useful enterprise. The world needs your energy, your know-how, the money you cost the taxpayers. It does not need your filthy dishonesty. 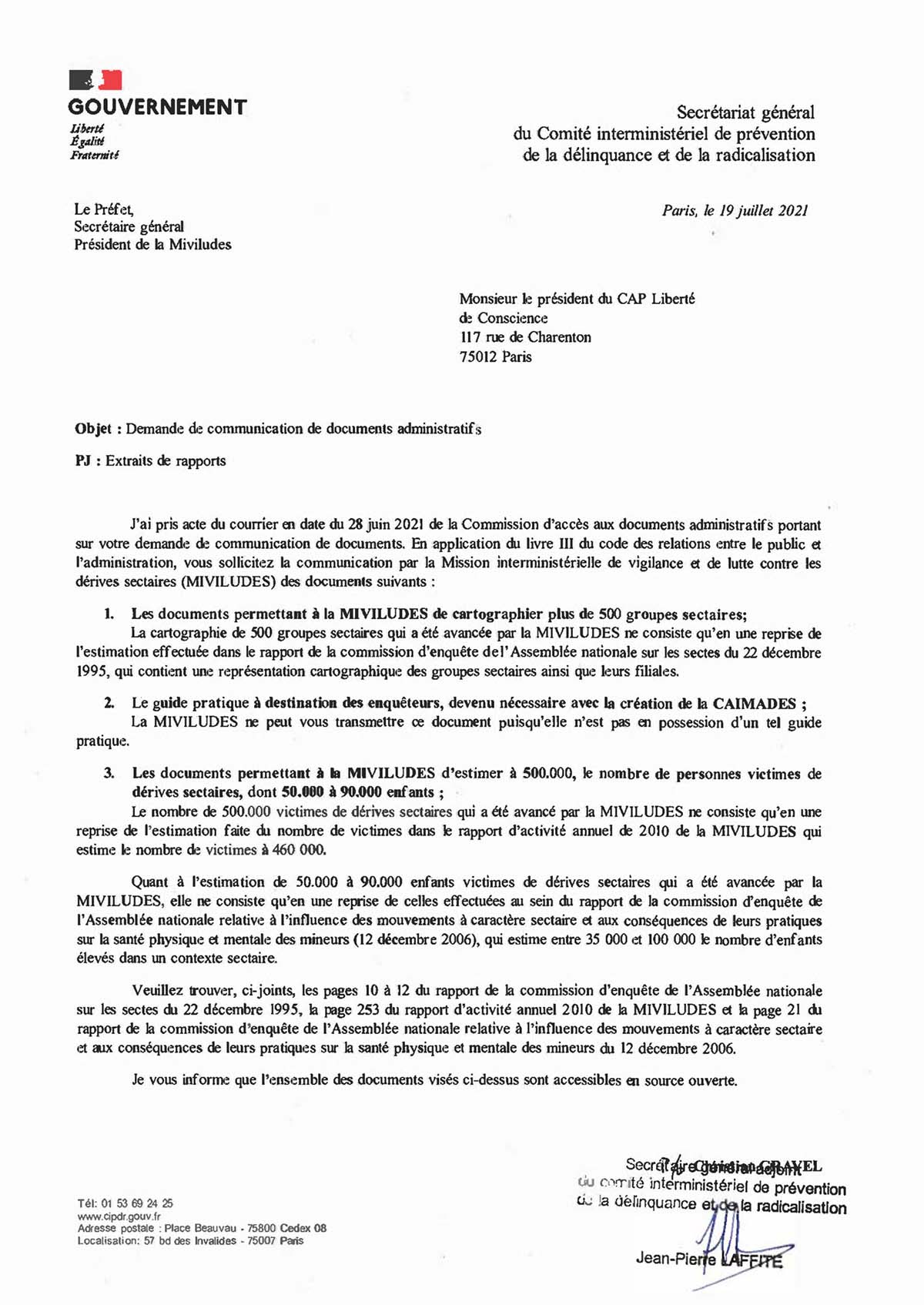 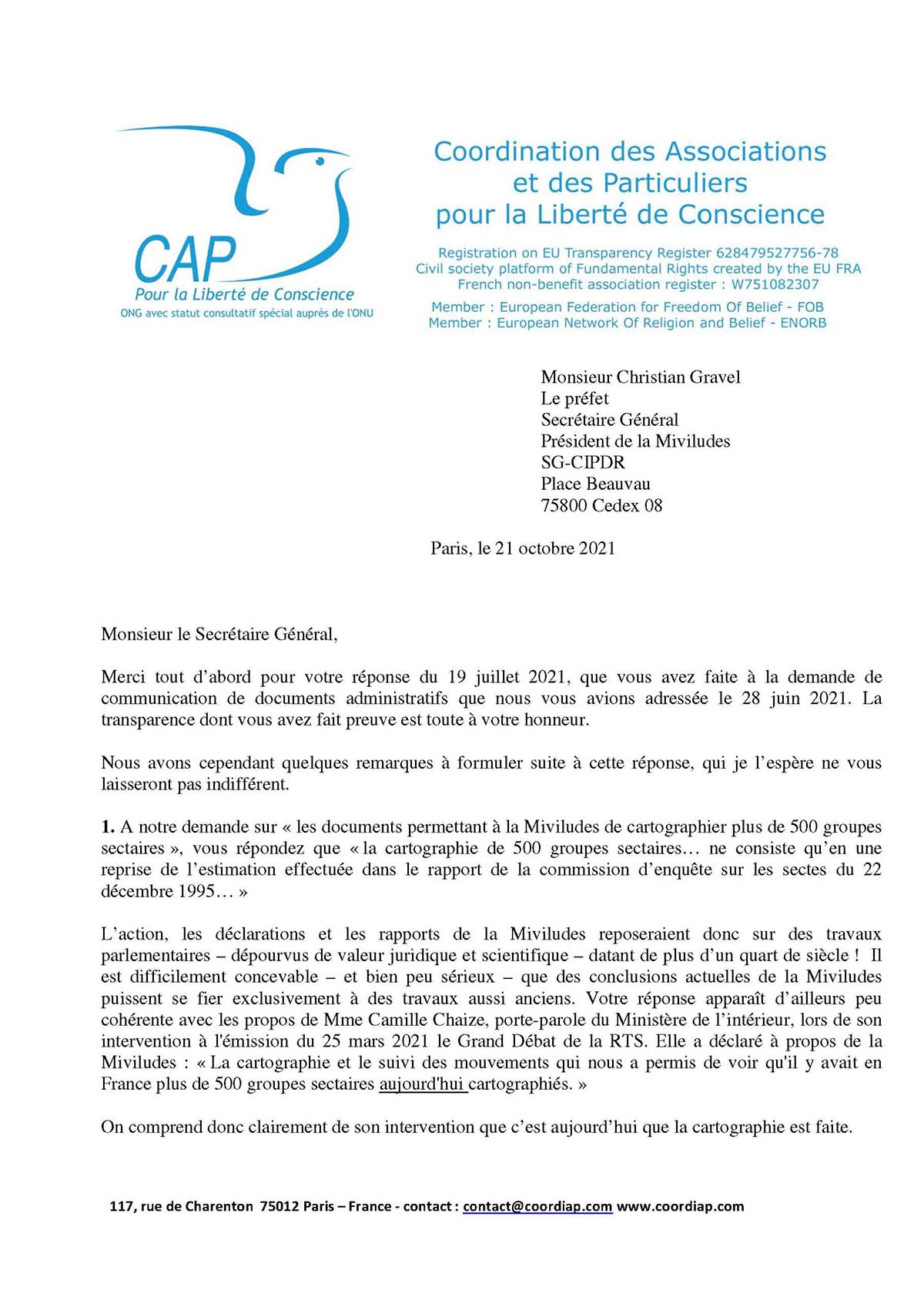 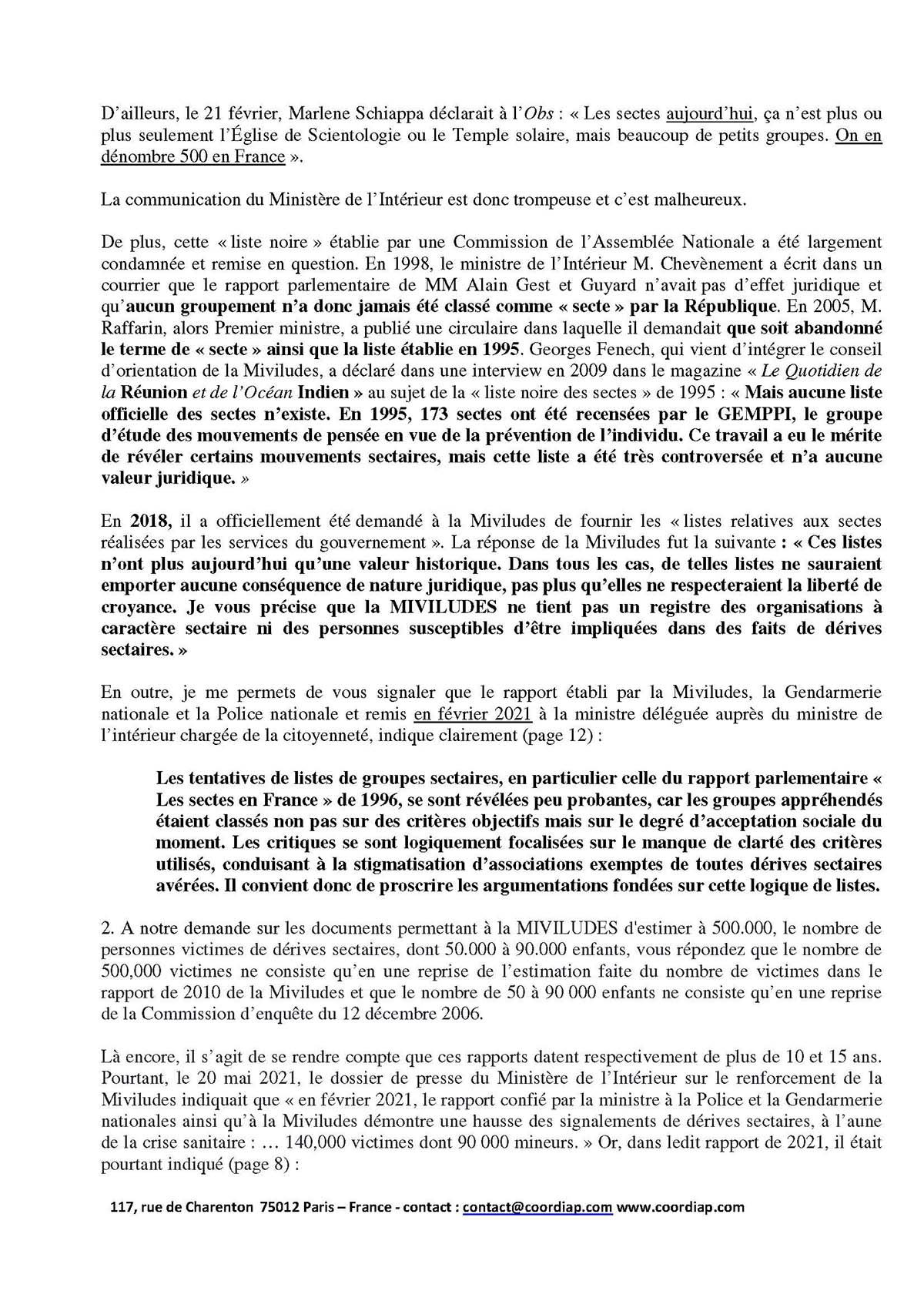 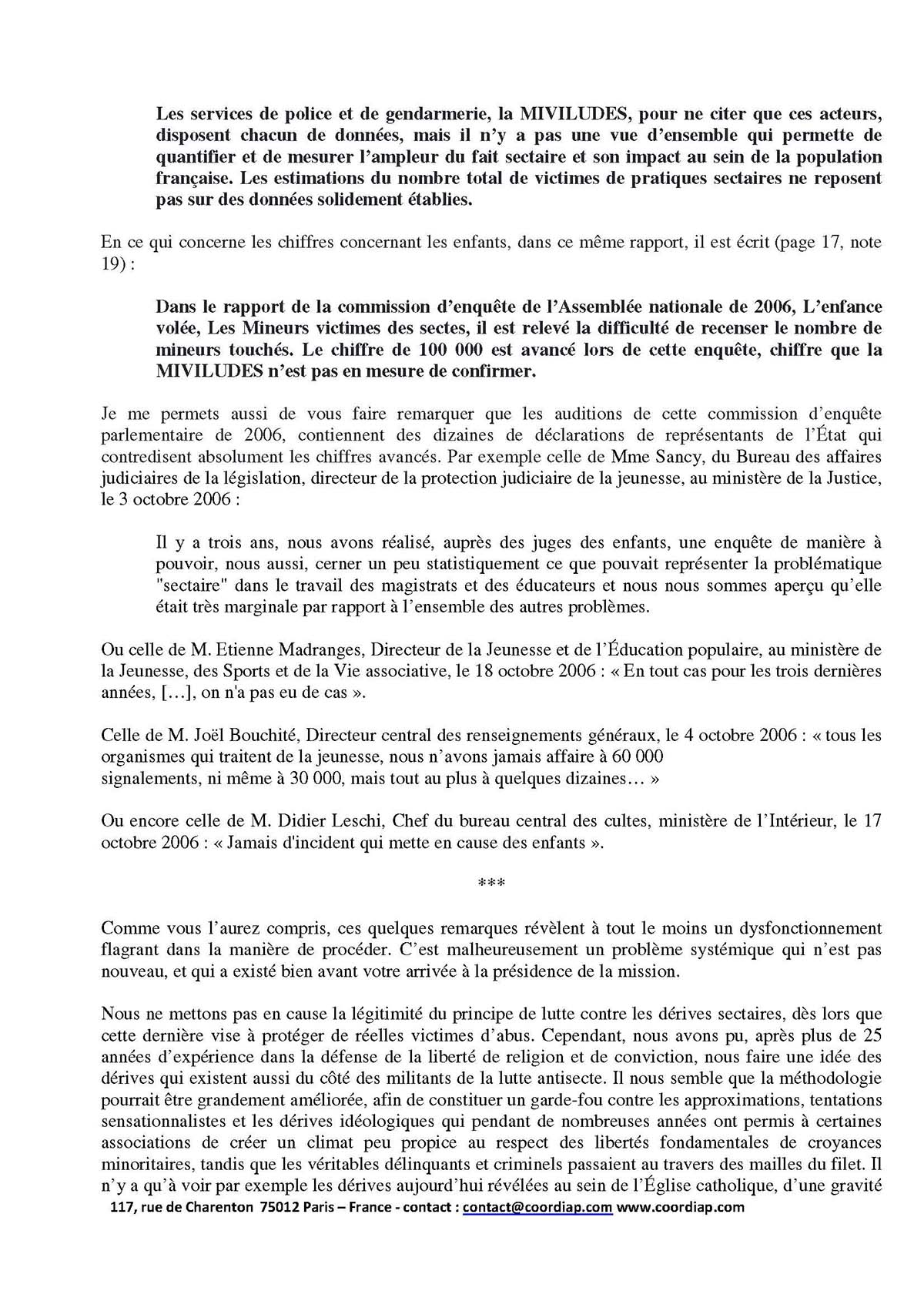 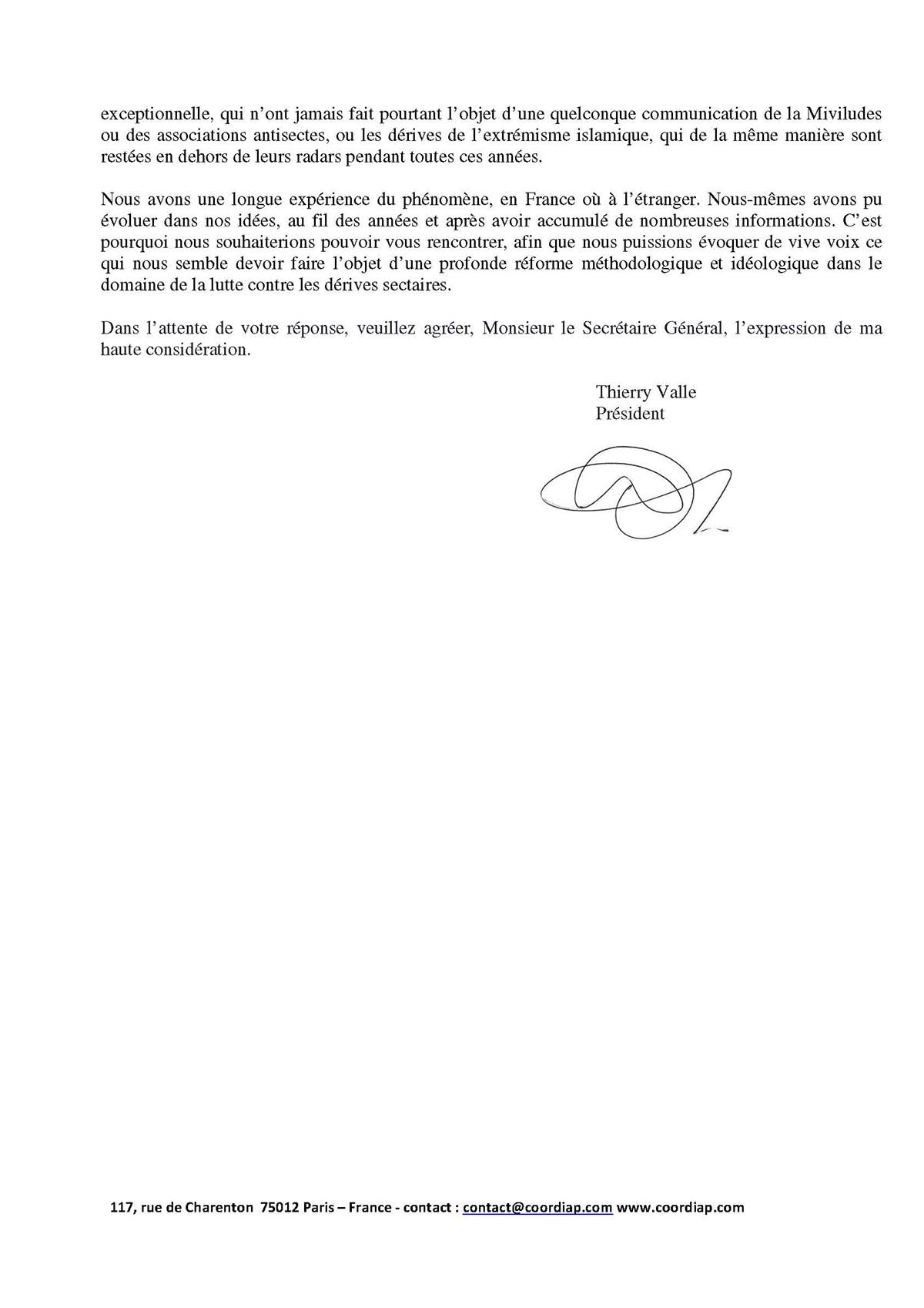