A pilot show was organized in Kunming. Other public ceremonies will follow.

by Hu Zimo — Totalitarian regimes have a thing for burning books, and the Chinese Communist Party (CCP) joyfully burn dissident books and destroys other material not approved of by the regime.

In the festive climate of the 100th anniversary year of the CCP, it is recommended that this is done in public ceremonies to “educate the masses.” 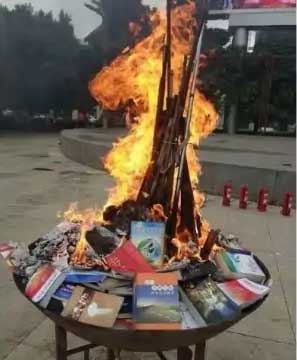 To explain how these modern auto-da-fés should be organized, a “pilot” book-burning and DVD-destroying ceremony was organized by the Ministry of Public Security in Kunming, Yunnan province, on July 16, in two locations. The aim was to show how to publicly destroy illegal religious material, in this case coming mostly from Falun Gong and The Church of Almighty God. 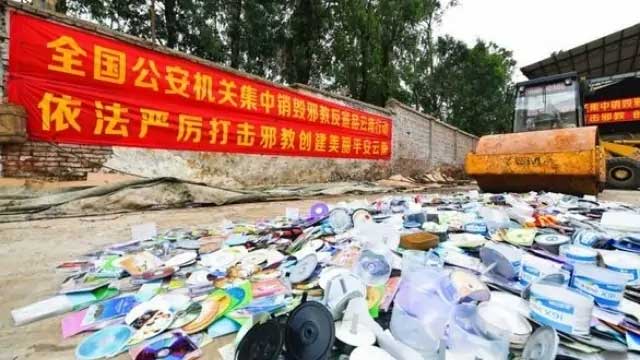 The main show was in the Dianchi International Convention and Exhibition Center in Kunming’s Guandu District, and the branch venue was set up at Peng Sen Paper Co. Some 200 people were invited to the pilot, including police, college students, and “representatives of the masses.” A propaganda movie was presented, and panels explained the evil of groups banned as xie jiao. 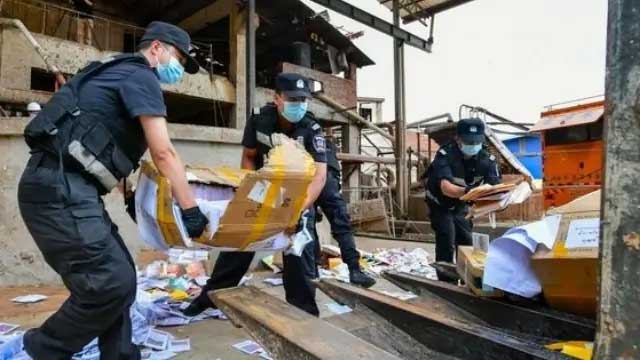 At 10:30, the order of destruction was shouted by Vice Governor Ren Jun, and the operation of burning the books and bulldozing the DVDs and other materials started. 15 tons of “illegal religious material” perished in the ceremony.
This was just a pilot, it was explained. It was videotaped, and will serve as a model for more similar ceremonies to be organized this year and beyond.