On March 3, 2020, Mr. Artëm Gerasimov, a member of the Christian Congregation of Jehovah's Witnesses, was sentenced by the Yalta Court (Crimea) to a penalty of 400,000 rubles (about € 5,300) on charges of practicing his religion, a crime sanctioned by the wretched Yarovaya law which labels Witnesses and other religious minorities disliked by the dominant Orthodox religion as "extremist".

Gerasimov did not lose heart and appealed, but on June 4, 2020, the Crimean high court sentenced him to six years in prison, again on the basis of being a "dangerous extremist". The verdict was executed on the spot and Gerasimov was arrested. Now, through his brother, he will appeal again in the hope that sooner or later the Russian Federation will adapt to the numerous invitations and reminders (and convictions) of the European Court to apply the fundamental right to religious freedom in Russia too.

On June 9, 2020, the official website of Jehovah's Witnesses announced the record six-and-a-half year verdict of imprisonment imposed on Gennady Shpakovskiy, a 61-year-old Russian Jehovah's guilty of professing his religion with other confreres. According to the Pskov court, this is to be regarded as the continuation of the activities of the legal entities of Jehovah's Witnesses dissolved by the court.

Gennady Shpakovsky dismissed the accusation of extremism. In a statement released at the end of the trial, he recalled that millions of citizens were repressed with false accusations during the Soviet period. Among them were Jehovah's Witnesses, who were later rehabilitated by the authorities. "Unfortunately history repeats itself. Today, the same thing is being done to me and to my confreres. I am accused of a monstrous crime, which not only does not conform to my Christian belief, but does not conform to the conscience of a mentally sane person." 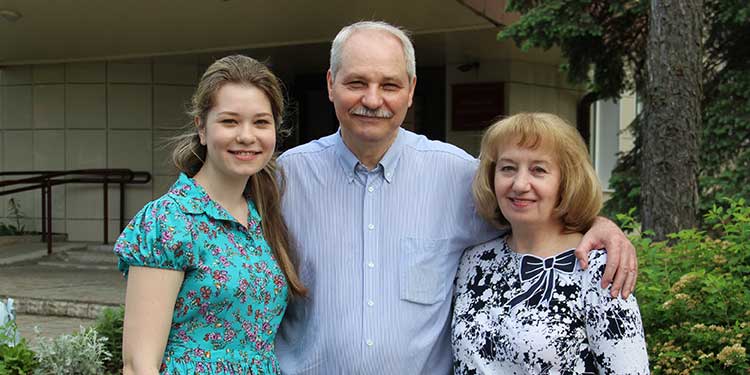 Gennady Shpakovsky with his wife and his daughter.

"The evidences against me only claims that I profess the religion of Jehovah's Witnesses, meet other faithful to view footage of religious services with believers, sing songs, pray to God Jehovah, and discuss my beliefs with others," said Gennadiy Shpakovsky and explained that none of these actions are mentioned in the law "contrasting extremist activities".