Historic Victory of Jehovah's Witnesses in Russia: Group Prayer Is Not a Crime October 28, 2021 will be remembered as another day when David defeated Goliath. The Supreme Court of Russia has ruled that Jehovah's Witnesses who pray in groups do not commit a crime and therefore cannot be prosecuted. The sentence opens a breach in art. 282.2 of the controversial Yarovaya law. The hope is that now all Jehovah's Witnesses detained in Russian prisons for praying or reading the Bible as a group will be released as soon as possible.

The Moscow Times (17.11.2021) — Russia’s Supreme Court has banned the criminal prosecution of Jehovah’s Witnesses for joint worship, potentially putting an end to the law enforcement practice of jailing believers for prayer sessions.

The ruling could also affect the 152 convictions that have not yet entered into force or are being appealed, the Jehovah’s Witnesses in Russia organization said in a statement on its website Tuesday.

Russia outlawed the nonconformist Christian denomination as “extremist” in 2017 and has since subjected thousands of worshippers to police raids, harassment and up to eight years of imprisonment.

Russia’s Supreme Court binds law enforcement authorities to provide concrete evidence for the worshippers’ “criminal intent,” “extremist motives” and “prior collusion” — justifications for criminal prosecution that have been criticized as arbitrary.

The organization said the ruling poses “new challenges” for authorities to open criminal cases, search residences or “detain a person simply because he or she professes the religion of Jehovah’s Witnesses or meets with another at a worship service.”

“Investigators will now have to justify the wording often used in indictment papers against Jehovah’s Witnesses,” it said.

The Supreme Court’s plenum ruled that joint prayers among members of banned religious organizations “consisting exclusively in the exercise of their right to freedom of conscience and freedom of religion, including through individual or joint profession of religion... do not contain elements of extremism.” 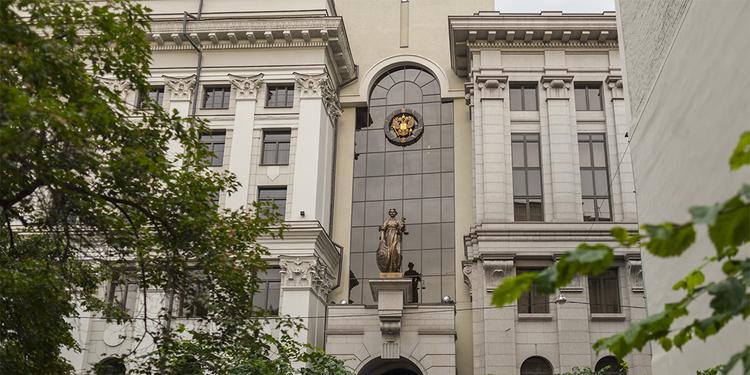 The Jehovah’s Witnesses in Russia noted that the country’s courts are under the obligation to “consider” the Supreme Court ruling when considering appeals.

The group said it “eagerly anticipates” how the Oct. 28 Supreme Court plenum ruling will affect the release of its members currently held in custody.

In its original 2017 “extremist” ruling, the Russian Supreme Court accused the Jehovah’s Witnesses of “propaganda of exclusivity” and signs of violating public safety.

The Soviet Union had exiled thousands of Jehovah’s Witnesses, known for door-to-door preaching and an alternative interpretation of the Bible, to Siberia for anti-communist activities and their refusal to serve in the military.