Interesting article by Andrea Menegotto. He is a scholar of history, sociology of religions and religious sciences, and a researcher and director of CESNUR (Center for Studies on New Religions) - founded and directed by Massimo Introvigne) and president of CESPOC (Centro Studies on Popular Culture). Member of the SIPR (Italian Society of Psychology of Religion), he is the author of numerous publications and volumes, he collaborates with various periodicals, universities and training institutions and has held various consultancy positions in the field of security related to religious phenomena at various Italian police institutions. He frequently holds courses and conferences and participates as a speaker at study conferences on the new religiosity and on the religious and spiritual forms of our time, as well as on the phenomenon of immigration. He has collaborated on the monumental Encyclopedia of religions in Italy (2001 and 2006) and the American Religions of the World: A Comprehensive Encyclopedia of Beliefs and Practices (2002), awarded as the most important work of 2002 in the field of science religious; he is one of the main collaborators of the online project for mapping religious presences in our country, Le religioni in Italia.

The nun has been beatified, 21 years after three wannabe Satanists killed her. A TV series celebrates the priest who died of a heart attack after a false accusation of Satanic ritual abuse.

by Andrea Menegotto — On June 6, 2021, Sister Maria Laura Mainetti (1939–2000) was beatified by the Catholic Church, exactly 21 years after having been killed by three self-styled Satanists. Coincidentally, a few days before, Amazon launched the TV series Veleno (Poison), based on the most successful Italian podcast ever, which dealt with false accusations of Satanic ritual abuse in the 1990s near the city of Modena, one of which had led, two weeks before Sister Mainetti’s homicide, to the death of Father Giorgio Govoni (1941–2000), who had been falsely accused. As a curiosity, one of the characters in the podcast was Bitter Winter’s editor-in-chief Massimo Introvigne, who served as an expert witness for the defense of Father Govoni, and was always persuaded of his innocence.

The two cases are very much different, yet they both show how popular narratives about Satanism can kill, in different ways.

On the night between June 6 and 7, 2000, in Chiavenna, a little town in the province of Sondrio, in Lombardy, on the border between Italy and Switzerland, a catholic nun, Sister Maria Laura Mainetti, from the Congregation of the Daughters of the Cross, was killed with nineteen stabs by three girls. Two girls were seventeen, and one was sixteen. The nun, who was well known in the small town where she lived for her social work on behalf of the young and the poor, fell into a well-planned trap. During the night, under the false pretext that one of the three girls was pregnant and needed her urgent help, the three young murderers were able to draw the nun into an ambush, leading her to an isolated place. Sister Laura did not suspect any danger, being well accustomed to being called frequently for such charitable deeds.

According to the reconstruction in the subsequent trial, the nun was, at first, hit on her head with a small cube of porphyry and with a stab, then the three murderers obliged her to kneel, as a gesture of submission. She was repeatedly hit while they were hurling abuse at her. They made use of two knives to carry out their “ritual,” while the nun was praying granting them her forgiveness.

The three girls were arrested twenty-two days after the murder. At first, they said they had only had the intention of playing a game in order to break the monotony of their boring existence in the small town in which they lived. Then, after some days in jail, they claimed they wanted to offer a sacrifice to Satan.

Some months before the murder, the three girls had sworn a blood oath. After making a cut in their hands and their wrists, as a sign of mutual fidelity, they poured their blood into a glass and drank it. They then proceeded to steal a Bible from a church and burned it.

On February 5, 2001, the trial started, with the defense arguing that the girls were mentally incompetent at the moment they committed their crime. During the three hours of her final speech, the public prosecutor Cristina Rota insisted that the defendants were mentally competent, and the crime was a “Satanic” ritual, depicting Sister Maria Laura as an innocent victim sacrificed to the Devil. Therefore she asked for severe penalties.

Judge Anna Poli sentenced to eight and a half years of jail two of the three girls and found the third mentally ill and therefore not guilty. The Court of Appeal of Milan, in April 2002, confirmed the sentences for the first two girls, but declared the third, Ambra, mentally competent and in fact the leader of the trio. The Supreme Court of Cassation confirmed the judgement of the Court of Appeal.

The court cases concluded that the three girls had never been members of any Satanist organization. On the other hand, they had collected press clippings and fictional accounts depicting Satanic cults as systematically engaged in the use of violence against Christianity, and claiming that human sacrifice was the supreme Satanist ritual. One of the girls told the prosecutor that the trio did not belong to any Satanic cult, but would very much have liked to found one.

It is interesting to compare the Chiavenna trio with the Beasts of Satan, a small group who was active in the same region of Italy at the time of Sister Mainetti’s death but was discovered by the police only in 2004, with eight of its members eventually sentenced to heavy jail terms for four murders some of them claimed were sacrifices to Satan. The Beasts of Satan, although a micro-group, came from a heavy metal musical culture and were inspired by crimes committed by black metal musicians in Scandinavia, including murders. The three girls of Chiavenna exhibited very little knowledge of real-life Satanist groups, musical or otherwise.

They enacted a fantasy that grew in their (admittedly disturbed) minds after reading popular narratives of Satanism that were either fictional or so much sensationalized by tabloid media to bear little resemblance with real Satanist movements.

Father Giorgio Govoni was a parish priest in the area of the Emilia-Romagna region known as the Modena Lowlands, well-known for his charitable activities and work with local children. In 1997, a social worker reported by the police that children in the Modena Lowlands were abused (and some had been killed) in rituals of a Satanist cult whose leader was Father Govoni. The only evidence of the horrific abuses were tales told by some children to the social worker (or so she reported) and to some of her colleagues. Father Govoni was charged with having abused thirteen children (the youngest was just four months, the oldest was thirteen), together with some of their relatives (parents, uncles, grandparents and a brother) and a teacher. The children were separated from their families, and entrusted to the care of foster parents. The main social worker involved in the case even persuaded the police to dig in the areas where she claimed children abused in Satanist rituals had been killed. No human remnants were found, and no children had disappeared in the area in the previous years.

The local Catholic Bishop, several media, and local politicians testified that Father Govoni was an exemplary priest, and that the accusations were absurd. Nonetheless, a prosecutor believed the social worker, and Father Govoni and other 15 persons were committed to trial as members of an alleged Satanic cult that had systematically abused local children. Father Govoni’s defense was supported by the Catholic diocese. As mentioned earlier, Massimo Introvigne served as an expert witness and filed a long written statement, claiming that the stories the social worker reported were identical to those she had read in a discredited American literature about “Satanic ritual abuse,” and were not believable.

The prosecutor regarded Father Govoni as guilty. His conduct was particularly aggressive and, just after the prosecutor’s last pleadings, Father Govoni had a heart stroke in his lawyer’s office and died, on May 19, 2020. On June 5, 2020, the Court of Modena sentenced the priest’s fifteen co-defendants to jail terms varying between two and nineteen years, having claimed that the deceased priest had also been involved in the abuses. 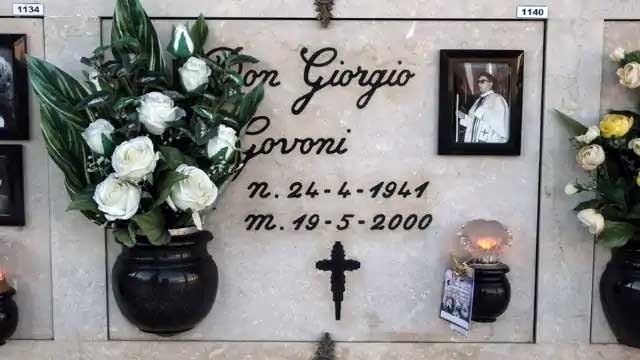 The Catholic diocese continued the case, even after Father Govoni’s death, as it wanted the priest declared innocent and rehabilitated. On July 11, 2001, the Court of Appeal of Bologna demolished the theory that a Satanist cult was at work in the Modena Lowlands. The decision totally cleared Father Govoni, to the great satisfaction of those who had always believed in his innocence, and most of the co-defendants, although it concluded that the kernel of truth behind the preposterous accusations of Satanic abuse was that some of the children had been victims of domestic abuses at home, for which seven parents were sentenced. The Supreme Court of Cassation confirmed the appeal verdict.

The parents who had been sentenced, however, kept insisting that even in their cases the sexual abuses were figments of the social workers’ imagination. Eventually, all except one couple had their sentences cancelled, and subsequent judges severely censored how the social workers had managed the case.

The diocese has celebrated Father Govoni as “a victim of slander.” Today, a plaque honors him in his former parish church, a center for hosting people in need has been named after him, and the municipality where he once served as a priest has changed the name of one of the town’s roads into “Via Don Giorgio Govoni.”

Sister Mainetti’s and Father Govoni’s stories are indeed different. They died in the same year, in fact within the short span of two weeks. Both were victims of popular representations of Satanism. Because the three Chiavenna girls believed that tall tales about human sacrifices routinely practiced by Satanists were true, they decided to enact one, and killed Sister Mainetti. And because a social worker believed in the misguided literature about Satanic ritual abuse, she persuaded some colleagues, police officers, and a prosecutor that a Satanist cult was abusing children in the Modena Lowlands, and Father Govoni was its leader. In both cases, innocent lives were lost, and unnecessary suffering was inflicted on communities and families. The lesson of these cases is that media and advocacy organization carry a heavy responsibility when they spread sensational, unproven tales about “cults,” Satanist and otherwise. They may create self-fulfilling prophecies. Sometimes, fake news kill.