Letter of concern regarding Gregorian Bivolaru 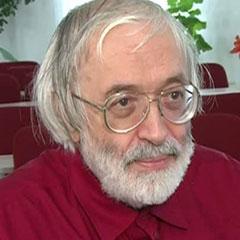 In concern of the fundamental rights of the refugee Magnus Aurolsson, formerly named Gregorian Bivolaru

We are deeply concerned that the fundamental rights of the religious refugee Gregorian Bivolaru are today not secure within the EU judicial collaboration.

Last month European police and media seem to continue the same persecution based upon religious discrimination, for which Gregorian Bivolaru was granted the status of political asylum By the Supreme Court of Sweden in 2006.

the Geneva Convention has priority before any European judicial collaboration;
the refugee was protected within the EU when Romania became a EU member state in 2007;
the Romanian issued European Arrest Warrant is a direct continuation of the Romanian persecutions that led to the asylum;
the Romanian issued European Arrest Warrant contains erroneous information and does not reflect the court decision;
the Europol publication of the refugee’s name on their “Europe’s Most Wanted Fugitive’s” list 29th January 2016 violates the Geneva Convention and directly caused the apprehension of the refugee on 26th February 2016 in Paris, France;
the Romanian ENFAST police task force deliberately misled Europol in order to have the refugee’s name on Europol’s “EU’s Most Wanted Fugitive’s” list;
the Swedish Supreme Court decision points out how media’s biased and incriminating coverage played an important role in breeching the refugee’s fundamental rights;
the refugee willingly participated to any lawful police investigation and fair trial and is not of any public danger.