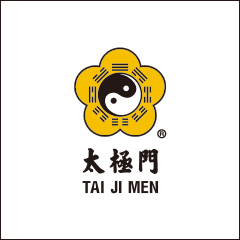 Tai Ji Men is a spiritual school and highly commended by many personalities in Taiwan.

As European Federation for Freedom of Belief (FOB) we deal with cases of discrimination against religious and spiritual minorities and their members too.

At times these groups are denied the tax exempt status, or the status is revoked after being enjoyed for some time.

Tai Ji Men is highly respected in Taiwan and several public personalities have commended their efforts in the society.

However, Tai Ji Men has encountered some problems in Taiwan in relations to donations made to the Master, which the tax office considered as course fees instead of as donations, and after an over 20-year long court trial up to the Supreme Court, the case was concluded in favour of Tai Ji Men.

Nonetheless, the Tax Office did not fully accept the Court decision and insisted Tai Ji Men should pay the taxes for the tax year 1992.

Tai Ji Men spent over 20 years in the Courts of law to have the case solved in their favour, and will not accept to pay taxes for the year 1992 for a matter of principle, namely that payment is illegitimate as ascertained in Court and because Tai Ji Men did not avoid payments, simply payments were not due.

It must be noted that Tai Ji Men spent more in terms of legal fees for the trials than they would have spent for paying the claimed taxes, however their battle is one for freedom and justice for all against the abuse of an arrogant tax office which pretends to ignore even the Courts decisions.

Taiwan is a great country that I was glad to visit and where I had a chance to teach a course on Human Rights, Minority Law and Freedom of Religion and Belief at Soochow University back in 2012.

I was impressed by the cultural, religious and spiritual diversity of Taiwan, where in the same building worship places of different religions can be found.

The tax case involving Tai Ji Men has lasted for far too long but happily most of the claims were erased except for a tax claim for year 1992 which is still maintained by the tax office and which is damaging Tai Ji Men and could be a dangerous precedent for others too.

Taiwan is now a democracy that has achieved the present status after a complicate past; the times of martial law have gone since long.

As European Federation for Freedom of Belief and I personally hope and wish that this insane case may be concluded in the best possible way, honouring Tai Ji Men reputation, and also honouring Taiwan's democratic achievements and commitments for the safeguard of human rights and fundamental freedoms.

Finally, basing on the "Estoppel" principle it cannot be argued or asserted that Tai Ji Men have to pay taxes for the disputed year 1992 as there should be no dispute at all being this a clear contradiction, especially, if we take into account the other principle of "legitimate expectation" (legal certainty) according to which those who act in good faith on the basis of law as it is or seems to be should not be frustrated in their expectations.

Our expectation is that Taiwan will honour these principles and complying with them, meet all legal expectations of Tai Ji Men in this matter.

Today as a group of a dozen of human rights organisations we wrote a letter to the Highest Authorities of Taiwan asking them to intervene in order to stop this ongoing case, and so guarantee freedom, fairness, and justice for Tai Ji Men and consequently to everyone in Taiwan.

On July 24, we wrote to President Tsai, expressing our concern for the case of Tai Ji Men. In short, Tai Ji Men is a Taiwan-based spiritual school teaching qigong, with roots in esoteric Taoism, and with a global outreach through its cultural activities. In 1996, Tai Ji Men was among the victims of an ill-fated crackdown on new religious movements, which was started in Taiwan largely for political reasons. The indicted Tai Ji Men leader, Dr. Hong Tao-Tze, the founder and master of the spiritual school, and members were later fully exonerated from all criminal charges.

However, as a by-product of the 1996 events, the National Tax Bureau moved against Tai Ji Men accusing it of tax evasion, claiming that the gifts members give to their spiritual master in the so-called “red envelopes” are in fact taxable tuition fees for a cram school.

Again, the highest courts in Taiwan ruled that Tai Ji Men is not a cram school, and that the content of the red envelopes should be considered as non-taxable gifts. The National Tax Bureau, after twenty years of court cases, finally agreed to reduce the tax bills it had levied against Tai Ji Men to zero. But it excepted the year 1992, claiming that for that year a definitive decision had been rendered and no further appeal was possible.

The National Tax Bureau’s position was obviously against justice. If the content of the red envelopes is not taxable for all the other years, it cannot be taxable for 1992 either. However, the National Tax Bureau remained deaf to appeals by international and Taiwanese scholars and human rights organizations, and even to the voice of Taiwan’s courts, which had conclusively established that these offerings are non-taxable gifts.

A parallel matter concerns items for the practice of Qi Gong, including uniforms, ordered at a discount price as collective purchasing. The National Tax Bureau believes that a taxable profit was made on these items by the movement. The criminal court confirmed in its ruling that, “The aggregated ordering of uniforms is conducted by brothers and sisters of Tai Ji Men. It is not a business activity.” Also, the ordering does not concern Dr. Hong and his wife.

This drama, which is detrimental to the hard-earned fame of Taiwan as a beacon of democracy and human rights in a region plagued by dictatures, is now advancing towards a sad denouement. The Hsinchu office of the Enforcement Agency seized and auctioned Dr. Hong’s properties and, after two auctions failed, plans to transfer the properties to the government as payment of the taxes for 1992, which should not have existed in the first place. Adding insult to injury, Tai Ji Men is even asked to pay the expenses of the enforcement, and the National Tax Bureau officers involved in the case will be rewarded with bonuses or good performance evaluations.

It may seem that this is a battle about money, but it isn’t for Tai Ji Men. They spent in legal fees only, in twenty-four years of struggles, more than they would have paid had they settled with the National Tax Bureau. They did not settle for a reason of conscience and justice. By settling, they would have admitted that they had been guilty of tax evasion, something that is both against their principles and factual truth.

We are NGOs active in the field of religious liberty. We see, every day, cases of religious persecution where human lives are lost. It may seem that, compared for example to what happens daily in Mainland China or North Korea, this is but a minor incident. We regarded as our duty to speak out about it, however, as it has widespread implications, both for Taiwan and the world. Significantly, already in 2005, the Control Yuan had listed the Tai Ji Men case as one of the most important human rights incidents where it had to intervene.

Taiwan is in a difficult moment in its history, as China’s claims become more assertive and aggressive. Taiwan needs international friends, and it also benefits from its well-deserved public image of a country where, unlike in Mainland China, human rights and freedom of belief are respected.

The Tai Ji Men case is a relic of a by-gone era, when religious liberty was still not fully respected in Taiwan. The action against Tai Ji Men, however, raises doubts on whether the problems of the past have been fully overcome.

The case has also international implications, as there is widespread concern that tax laws may be used to discriminate against religious and spiritual movements that some politicians, for whatever reason, do not like. The European Court of Human Rights and courts in the U.S. have stated that such use of the tax system is inappropriate and illegal.

We respectfully ask the political authorities in Taiwan to spare no efforts to solve this 24-year-old case in a spirit of justice, fairness, and respect for freedom of belief.