A rampant religious intolerance all over Russia 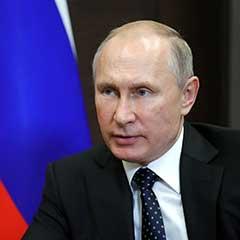 Under the guise of the fight to terrorism, in Putin’s Russia a new war has started for some time, not a cold war indeed, versus several religious groups.

Jehovah’s Witnesses, Adventists, Pentecostal, Baptist, Scientology, Hare Krishna, are only a few of the targets of this attack started over fifteen years ago through federal laws “against extremism and terrorism” as wanted by the now-deceased former president Boris Eltsin and the Orthodox Church.

An attack also started upon pressure brought by Orthodox Patriarch Alexei II from Moscow, who initiated a campaign against “new cults”, pushing the Parliament and Eltsin to implement a new ruling that limited their rights. 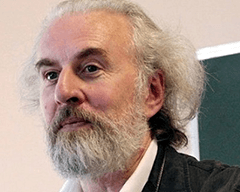 All which included influences, not only through the media, on the part of the so-called “anti-cult” groups, well represented in Russia by the former Orthodox priest Alexander Dvorkin, former councilor of the Ministry of Law and Vice-President of FECRIS (European Federation of Centers of Research and Information about Cults) from Marseilles. This is a pressure group of self-proclaimed “experts of cults” (editor’s note: it has representation in Italy, too, on the part of a couple of organizations) which in every country where it is active, reiterates the same patter of anti-religious business. They exacerbate and amplify the bad news, sometimes true and sometimes artificial, more or less on-topic with the subject of religious groups, in order to solicit action on the part of politicians and state agencies.

During recent years, such modus operandi gave its venomous results in the Russian Federation, where the Christian-deriving confessions (but not just them) are ostracized and deemed dangerous to public security.

A situation degraded upon the emotional wave of last years’ terrorist attacks, and eventually collapsing after the approval of the infamous Yarovaya law, a pack of anti-terrorism measures signed by Vladimir Putin in June of last year. A law which immediately stirred up strong criticism on the part of human rights advocates as well as several spiritual leaders, because it contains factors heavily restrictive for religious freedom, too. For instance, proselytism is forbidden as well as predication, prayer or dissemination of religious materials outside “specifically designed locations”, i.e. the churches of those religious organizations that already have a governmental approval.

The most penalized by this wave of intolerance seem to be the Jehovah’s Witnesses, victims of an attack that is apparently aiming at banning them from all over the land.

During a convention held in Montecitorio, Rome, on the 22 of March, the CESNUR Director Massimo Introvigne made a statement of a worrying alarm:

“Just while we were talking, I received from a Russian friend of mine a piece of news according to which, without even waiting for the decision that will be issued in two days, in many Russian provinces the police started to shut down the churches of the Jehovah’s Witnesses. So this is really a sort of lid closing, which reminds to me the years of Stalinism. Even the Hare Krishna, for instance, had trouble in Russia, and like them many others. (…) This is a lid closing, it’s a very sad matter, very alarming, on which we all – whatever are our religious opinions – should move. Also because from Russia it can be already seen how in other lands of the former Soviet Union, in central Asia for instance, similar laws are already stalking in from country to country. I believe this is a very serious fact. If the Jehovah’s Witnesses were really to be banned, totally forbidden in the immense Russian territory, where they are very much present (they are, indeed), this would be one of the most severe attacks to religious freedom in the twenty-first century. An attack consumed totally under the silence of the occidental Countries.”

The Russian government remains deaf and blind against the appeals coming from more sides: they don’t accept criticism on the part of human rights organizations, ignore decisions of the European Court of Human Rights (ECHR), won’t listen to the bad remarks from the United States Commission on International Religious Freedom and relentlessly proceed to persecute religious minorities by rulings more adequate to the darkest tradition of the soviet union.

Here is what Human Rights Without Frontieres issued about this.

Threatened with an imminent ban on their worship in Russia, Jehovah’s Witnesses are responding with a direct appeal to Kremlin and Supreme Court officials for relief through a global letter-writing campaign. The Governing Body of Jehovah’s Witnesses is inviting the over 8,000,000 Witnesses worldwide to participate.

On March 15, 2017, Russia’s Ministry of Justice filed a claim with the Supreme Court of the Russian Federation to label the Administrative Center of Jehovah’s Witnesses in Russia as extremist and liquidate it. The claim also seeks to ban the activities of the Administrative Center. If the Supreme Court upholds this claim, the Witnesses’ national headquarters near St. Petersburg will be shut down. Subsequently, some 400 registered Local Religious Organizations would be liquidated, outlawing the services of over 2,300 congregations of Jehovah’s Witnesses in Russia. The branch property, as well as places of worship used by Witnesses throughout the country, could be seized by the State. Additionally, individual Jehovah’s Witnesses would become subject to criminal prosecution for merely carrying out their worship activities. The Supreme Court is expected to rule on the claim on April 5.

“The Governing Body of Jehovah’s Witnesses wants to heighten attention to this critical situation,” states David A. Semonian, a spokesman at the Witnesses’ world headquarters. “Prosecuting non-violent, law-abiding citizens as if they were terrorists is clearly a misapplication of anti-extremist laws. Such prosecution is based on completely false grounds.”

The Witnesses’ global campaign is not without precedent. Nearly 20 years ago, Witnesses wrote to defend their fellow worshippers in Russia in response to a smear campaign by some members of the government in power at the time. Additionally, Witnesses have initiated past letter-writing campaigns to motivate government officials to end persecution of Witnesses in other countries, including Jordan, Korea, and Malawi.

“Reading the Bible, singing, and praying with fellow worshippers is clearly not criminal,” adds Mr. Semonian. “We hope that our global letter-writing campaign will motivate Russian officials to stop this unjustifiable action against our fellow worshippers.”

Jehovah’s Witnesses are not engaged politically and do not pose any security threat to society. They obey the law of the land and respect authorities. At the same time, like most religious traditions there are limits to that obedience. Jehovah’s Witnesses will practice civil disobedience when laws conflict with their conscience. This has resulted in harassment, fines and imprisonment in some countries.

Jehovah’s Witnesses are against the use of violence. They have always refused to bear arms and to carry out military service. When the law does not provide for an alternative civilian service, they are usually sentenced to a prison term. This is still the case in Azerbaijan, Eritrea, Singapore, South Korea and Turkmenistan.

Whatever one might think of the beliefs of Jehovah’s Witnesses, the practice of their faith is clearly in accordance with international law and standards of human rights.

For more information about the teachings of Jehovah’s Witnesses and their difficulties in some countries, see HRWF 2015 Annual Report on Freedom of Religion or Belief, “Religious Minorities under State Oppression”: