U.S. Commission on International Religious Freedom (USCIRF) has recently published the report entitled “The Anti-cult Movement and Religious Regulation in Russia and the Former Soviet Union”.

The importance of the document is perhaps still not completely clear to non-experts. Instead, the defenders of freedom of belief and, judging by their deafening silence, even the so-called "anti-cult” groups have grasped it very well. 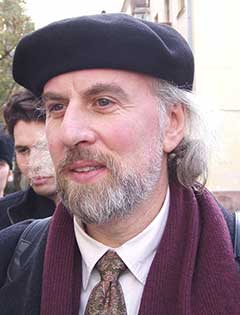 They are probably holding their breath to see if the storm subsides, to understand if they can get away with abandoning Alexander Dvorkin alone to feed the Lions. But the issue will not be dismissed so quickly and threatens to have harmful consequences for the galaxy of micro-associations that for decades have been fostering intolerance against religious minorities with disinformation campaigns that, in some countries, have generated serious and true discrimination and persecutions.

The well-known sociologist and international expert on religious movements Massimo Introvigne explained it well in the article he dedicated to this story entitled «USCIRF Exposes European “Experts” Who Support CCP Campaigns Against “Cults”». Making a brief and acute analysis of the document Introvigne points out that «Although this part of his “disinformation campaigns” is not mentioned by the USCIRF, Dvorkin has regularly supported the CCP in its repression of movements labeled as xie jiao. Dvorkin went repeatedly to China and Hong Kong to offer his support to the persecution of Falun Gong, to deny that the CCP is harvesting organs from prisoners of conscience, and to applaud the repression of The Church of Almighty God. In turn, the CCP has supported Dvorkin’s campaigns against the Jehovah’s Witnesses in Russia, and “imported” them to China.»

Introvigne's notes are very important because they highlight the true extent of the problem reported by the USCIRF: the anti-religious activities of Alexander Dvorkin and his "anti-cult" association SILIC are not only a Russian problem, given that Dvorkin operates internationally as vice-president of the aforementioned FECRIS.

Moreover, the prodromes of Dvorkin's "anti-cult" activity are of "international" origin, as reported in the same report where it reads: «Moscow native Alexander Dvorkin left the Soviet Union in 1977 at the age of 20 to study in the United States, where he remained until 1992. While in the United States, he embraced Russian Orthodox Christianity and spent time working at the U.S. government-sponsored news outlet, Voice of America. His years in the country coincided with a growing anti-cult movement informed by pseudoscientific concepts like “brainwashing” and “mind control” and the theories of psychologist Robert Jay Lifton and anti-Communist activist Edward Hunter. This movement described NRMs as “fanatic“ or “bizarre,” and portrayed individual members as helpless victims without their own free will or ability to save themselves. This rhetoric enabled groups to justify the forced removal of friends and relatives from the religions of their choice, and even advocated for “deprogramming” regimens that used coercive (and highly questionable) psychological techniques. Dvorkin brought many anti-cult ideas with him when he returned to a newly-independent Russia in 1992 to work at the ROC’s new Department of Religious Education.» (editor's note: ROC stands for Russian Ortodox Church)

In practice, according to what the USCIRF reports, Alexander Dvorkin "learned the trade" 40 years ago in certain America environments (now almost disappeared) and brought them with him to Russia. But there is someone else who at the same time imported the same pseudo-scientific theories into the old world. In fact, today's FECRIS of which Dvorkin is vice-president, was born from the impulse of the American "anti-cult" group AFF (American Family Foundation, the creators of the illegal technique of "deprogramming". While Alexander Dvorkin returned to his homeland to give the start of his "anti-cult" commitment, the AFF gathered the European "anti-cult" associations to give birth to FECRIS a couple of years later.

In 2004, after strong controversies and various criminal trials against deprogrammers who kidnapped the faithfuls of religious minorities to deprogram them, the AFF changed its name to ICSA (International Cultic Studies Association). However, they maintained collaborative relationships with the "experts" of the "golden age" of deprogramming and continued to cooperate with FECRIS: the representatives of the two groups participate in their respective international conferences and ICSA is presented as a non-European correspondent for the FECRIS on the latter’s website.

Although the first confidential meeting during which the AFF / ICSA and the European "anti-cult" groups was held in Barcelona, ​​FECRIS was officially established on French territory, in Marseille, in 1994. The reason for this choice most likely is due to what was explained in the USCIRF report: «The French government provides the majority of FECRIS’ funding.» Quite paradoxical if we consider the widespread anti-Americanism that grew up after the fall of the Berlin wall.

The USCIRF report describes FECRIS as a «French anti-cult organization with panEuropean influence.» In fact, as we read on their site today, it operates «in more than 30 countries to date, among them 5 are non-European.» Thus, a private association funded by the French government influences the religious freedom policies of dozens of countries through a «disinformation campaign against religious minorities.»

Alexander Dvorkin is not the only representative of FECRIS to have exported the "anti-cult" activities of that association outside European borders. Former French MP Alain Vivien, then a director of the government body that finances FECRIS, went to China several times to export the "French anti-cult method", initiating the persecution of Falun Gong in that country. In more recent times, the Italian psychologist Luigi Corvaglia, today one of the most active board members of FECRIS, and president of the Italian "anti-cult" association called CeSAP (Center for Psychological Abuse Studies; federated to FECRIS), went to China (and also in Siberia) to conduct the usual "anti-cult" campaign. It is noteworthy that a few weeks ago Corvaglia published a book entitled "No Guru" which fiercely criticizes the defenders of freedom of belief by calling them "cults apologists" and "defenders of sects"; perhaps in a hypothetical recise edition it will also include the USCIRF in the list.

International activism against the religious minorities of these and other FECRIS members, in addition to Europe, China and Russia, has also affected Argentina, Israel, Australia, the United Kingdom, Armenia, Kazakhstan, Cyprus and several other countries.

American anti-cultism is on the decline, which is not surprising considering today's US government positions much more conducive to religious freedom. The US government has long noticed that "anti-cult" associations are not credible and behaves accordingly. FECRIS – that was a Trojan horse for Europe of this movement at sunset – finds itself with its shoulders uncovered. On the other hand, ICSA has other problems to worry about because of poor decisions, not unlike those of FECRIS, regarding the choice of their representatives, as evidenced by the history of their advisory board member Jorge Erdely Graham, fugitive since some years, accused of child abuse and human trafficking. The story is described in the article "Jorge Erdely Graham: why are FECRIS and ICSA not talking about him?"

The USCIRF with its report has begun to shed light on the true nature of the so-called "anti-cult" movement. Europe, on the other hand, foolishly granted participatory status to FECRIS, while some countries on the continent, primarily France, finance and support their activities.

The USCIRF has included France in the list of "Countries and Regions Monitored". It seems to us that all the countries where FECRIS operates through the "anti-cult" associations federated to it should be monitored, if not even added to the "special watch list". In fact, it should be noted that, as stated in the report, «the group regularly disseminates negative propaganda on religious minorities, including in international forums such as the annual conference of the Organization for Security and Cooperation in Europe (OSCE) Human Dimensions conference.»

Monitoring the countries where intolerance turns into discrimination and persecution is an incomplete action if the origin of the anti-religious impulse is not exposed. It is not logical to prosecute the perpetrator and ignore the known instigator.

However, we note with satisfaction that the USCIRF recommends to do a «Counter propaganda against new religious movements by the European Federation of Research and Information Centers on Sectarianism (FECRIS) at the annual OSCE Human Dimensions Conference with information about the ongoing involvement of individuals and entities within the anti-cult movement in the suppression of religious freedom.» We hope it is only the beginning of a series of actions to contrast these hate producers.

See at this link the full text of the USCIRF report.