Brainwashing, Italian-Style: The Birth of “Plagio” The Constitutional Court eliminated in 1981 a provision that incriminated mind control. It had a long history, from Roman to Italian law.

by Massimo Introvigne — In Italy, we often hear the expression “plagio,” coming from the Latin plagium, used as a synonym for “brainwashing” or “mind control.” We may read, for example, that a “victim” was “subject to plagio” by a “cult.” This use of the word “plagio” is rooted in the old article 603 of the 1930 Italian penal code, which under the heading “plagio” mandated a jail term of five to fifteen years for those who reduced one or more other persons to a “total state of subjugation,” depriving them of their free will.

In this new Bitter Winter series, we examine the complicated and fascinating history of “plagio” in Italy. As we will see, the discussion is very much relevant for the international controversies on “brainwashing.”

The word “plagio” is not of recent coinage. It derives from Roman law, which also created its present ambiguity, because “plagio” in Italian means both “mind control” and “plagiarism,” as in “My book has been victim of plagiarism.” It was the same in Latin, except that the meaning of “control of a human being” came first, and the meaning of “plagiarism” came later. 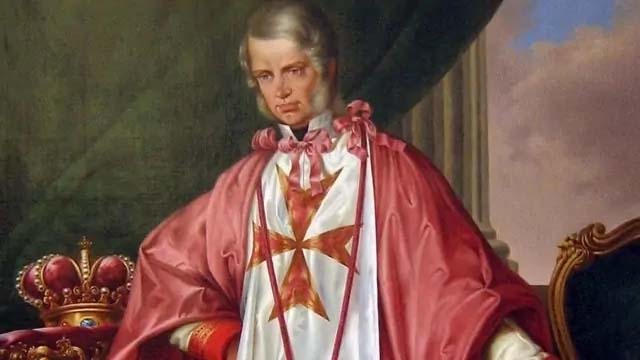 Already in the third century BCE, “plagium” denoted in Rome the crime of someone who took illegal possession of a free human being by making him or her a slave, or stole someone else’s slave. “Plagium” already appeared in the Lex Fabia (third-second century BCE), which included the crime of using devious ploys to declare a free person a slave, or steal a slave from another Roman citizen. The same crime of “plagium,” the Lex Fabia said, was committed by those  who deprived Roman citizens of their personal liberties, kept them in chains, or sold them.

The crime of “plagium” passed from Roman law to early Middle Ages codes, where being guilty of “plagium” again meant to illegally reduce a free person into slavery. But what about the use of the similar word “plagiarism” for copying somebody else’s book or work of art? Here things get confused, because in Latin the word used was the same. In Roman law what we call today copyright infringement was a different crime, yet had the same name, “plagium.” 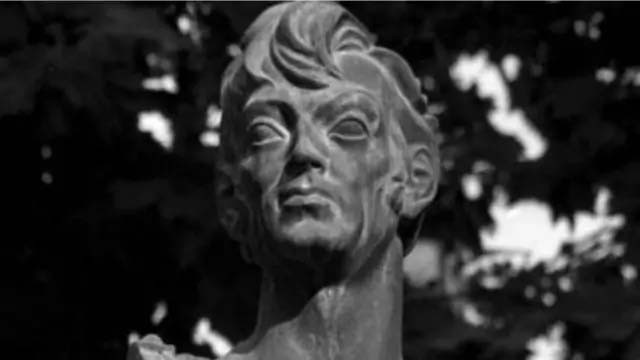 The Roman poet Martial, from a monument in Calatayud, Spain, where he was born. From Twitter.

Responsible for this confusion was a satirical roman poet of the first century CE called Martial.  In his epigram no. 52, Martial used the word “plagium” humorously and metaphorically. Just as those who try to pass off another person’s slave as their own are guilty of “plagium,” Martial said, so should be considered those who pass off a literary work they copied from somebody else as their own. They also commit “plagium,” protested Martial, who claimed he had been personally targeted by these “plagiarists.” Eventually, Martial was heard by the authorities, those who “plagiarized” literary or artistic works of others were punished, and copyright law was born.

After slavery was outlawed, the crime of “plagium” remained. More exactly, both crimes of “plagium” continued to be punished. Copyright infringement was still called “plagium,” and later “plagio” in Italy, “plagiat” in French, and “plagiarism” in English, all words that would not exist without Martial’s epigram no. 52. We will not follow here the evolution of plagiarism intended as copyright infringement, but will focus on how in Italy (but not elsewhere) alongside the crime of plagiarism, called “plagio,” the crime of enslaving a free human being, also called “plagio,” was punished by the laws.

After slavery was officially abolished, it did not disappear. The laws of Christian countries allowed exceptions well into the 19th century. For instance, captured Turkish and North African pirates in the Mediterranean may be legally enslaved. Others continued to be enslaved illegally, which explains why the crime of “plagio,” in the sense of illegally making a free man or woman a slave, continued to be in the books. By extension, in the 19th century, the word “plagio” was also used to indicate the forced recruitment of soldiers into a foreign army.
After the unification of Italy in 1861, the first Italian Criminal Code, published in 1889, used the traditional meaning of “plagio” in its article 145, which punished with twelve to twenty years of jail those “who reduce a person into slavery or other similar status.” The crime referred to physical human acts only, which resulted in placing the victim in a material condition of total dependency through unlawful imprisonment or detention.
I emphasize “physical” dependency because later “plagio” controversies concerned “plagio” as mental rather than physical enslavement. In one Italian pre-unification code, that of the Grand Duchy of Tuscany, the question had already been raised. The Tuscan code had proposed in 1853, in its article 358, an expanded notion of “plagio.” Article 358 punished “anyone who, for any reason, and when the act does not constitute another crime, illegally seizes a person against the latter’s will, or even a consenting person who is less than fourteen years of age.” This was a third case of “plagio,” which supplemented the traditional cases of “plagio” through “reduction into slavery” and “forcibly recruiting somebody for a foreign army or navy.”
The Tuscan code however was not applied for very long, as in 1860 Tuscany joined what was becoming the new Kingdom of Italy, which explains why the new part of article 358 was never enforced. Tuscan legal scholars, however, had suggested that the provision could be used against a male seducer who would persuade minor women to perform “immoral acts.” Other scholars found this possibility dangerous, at least for Italian gentlemen, and this led to the exclusion of non-physical hypotheses of “plagio” from the 1889 Italian national Criminal Code, known as the Zanardelli Code from the name of the Justice Minister Giuseppe Zanardelli.
However, with the Tuscan code, a first suggestion that “plagio” can be merely psychological had been formulated. It will flourish, in a different political context, in the Criminal Code of 1930, the subject of our next article in the series.