How “Brainwashing” Theories Were Applied to Religion by Massimo Introvigne — In previous articles, we saw how the CIA coined the word “brainwashing,” and accused Communists of using sinister mind control techniques. At some stage, the CIA started believing its own propaganda and launched a secret experiment codenamed MK-Ultra, where it tried to “brainwash” so-called volunteers. The project failed, and proved that “brainwashing” techniques may reduce the unfortunate victims to vegetable-like human wrecks, but cannot install in them new ideas or loyalties.

One who, without probably being aware that the secret MK-Ultra Project was being planned, had anticipated that the only possible result of violent “brainwashing” would be the production of zombie-like victims was the founder of Scientology, L. Ron Hubbard. He had a peripheral involvement in the Cold War discussion about “brainwashing” as the Church of Scientology published in 1955 (and then rapidly withdrew, reportedly following a suggestion by American governmental agencies) a booklet called Brain-Washing: A Synthesis of the Russian Textbook on Psychopolitics. Ostensibly, it was a Communist manual for “brainwashing,” and whether Hubbard compiled it himself or edited materials received from others (possibly one of the American intelligence agencies) is a matter of debate I have discussed at length elsewhere.

Critics have alleged that, by publishing the booklet, Hubbard “confessed” that “brainwashing” existed, with the implication that Scientology practices it, which they claim is supported by a statement that “We can brainwash faster than the Russians (20 secs to total amnesia against three years to slightly confused loyalty).” However, critics have overlooked that Hubbard presented “brainwashing” as something that should not be done and does not work. The “brainwashing” he had in mind was the one attributed to the Communists, where results were sought by inflicting pain and stuffing the victim with heavy drugs. Hubbard called this technique “pain-drug hypnosis.” It was something different from the “brainwashing” new religious movements will be accused of practicing decades later, where no pain nor drugs were normally involved.

Not only was this kind of “brainwashing” unethical, Hubbard said, it would never work. “I repeat that, Hubbard stated in one of his 1956 Games Congress lectures. It is not effective. It does not do a job. […] It is a hoax—a hoax of the first order of magnitude. The Communist cannot brainwash anybody who is not [already] brainwashed. He cannot do it; he does not know how. It is one of these propaganda weapons. That’s all it is. They [Communists] say, ‘’We have this terrific weapon called brainwashing—we’re going to brainwash everybody.’ Well, it would be awfully dangerous if they could. But do you know there is practically not a person in this room that would be permanently harmed by brainwashing, except as it related to being starved and kept under conditions of duress. In other words, if you put a guy into a military stockade and fed him poorly for two or three years, he is going to be in secondhand condition, isn’t he? Well, that’s just exactly the effect brainwashing had on them. It had no more effect than this.”

As mentioned in our previous article, Hubbard was right on this point, and the infamous MK-Ultra experiments had the only valuable results of confirming that “brainwashing” cannot change ideologies or beliefs.

But how did the accusation of practicing “brainwashing” traveled from Communists to the “cults”? The first author who applied the CIA’s rhetoric of “brainwashing” to religion was English psychiatrist William Walters Sargant in his 1957 book The Battle for the Mind: A Physiology of Conversion and Brainwashing, which became an international bestseller. Sargant popularized the idea that “brainwashing” techniques had been derived in Russia from the famous experiments of Stalinist scientist Ivan Pavlov, where a dog accustomed to hearing a bell ringing every time it was given food, ended up salivating when the bell rang but no food was served. Some psychiatrists still believe in this theory, although Soviet and Chinese sources failed to confirm that Pavlov played any main role in their studies of indoctrination techniques. 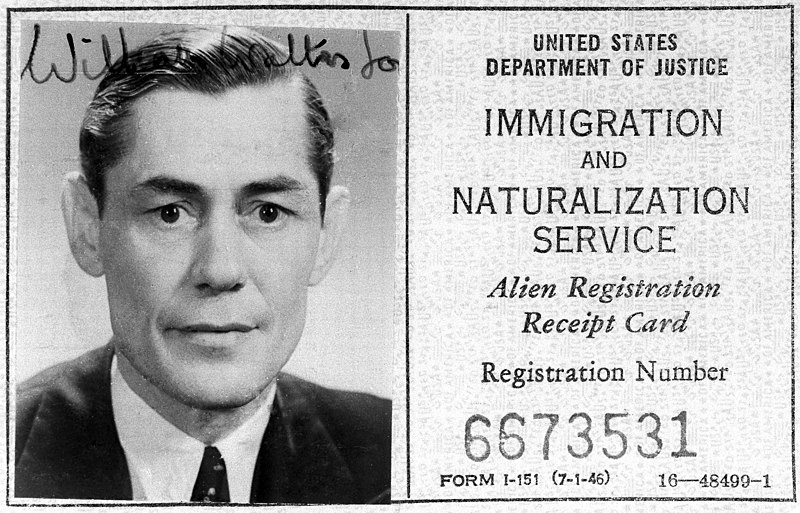 The central argument in Sargant’s work was that Communists did not invent “brainwashing.” At most, he believed, thanks to Pavlov, they reached a better understanding of the process, which they adapted from pre-existing religious revivalism and conversion processes. Sargant wrote: “Anyone who wishes to investigate the technique of brainwashing and eliciting confessions as practiced behind the Iron Curtain … would do well to start with a study of eighteenth-century American revivalism from the 1730’s onwards.”

Although in the third edition of his book, published in 1971, Sargant will include Scientology among the religions practicing “brainwashing,” he did not believe that there was a difference between mainline religions, which did not use mental manipulation, and “cults,” which did. On the contrary, Sargant was decidedly anti-Christian, and he mentioned the Roman Catholics and the Methodists as two groups typically using “brainwashing,” and accused of the same sin the first Christians. The English psychiatrist believed that only “brainwashing” could explain the rapid growth of early Christianity.

Even Apostle Paul’s conversion as recorded in the Bible, Sargant argued, might be explained through a “brainwashing” scheme, with the Christian Ananias “brainwashing” the Jewish, and originally anti-Christian, Paul. “A state of transmarginal inhibition seems to have followed his [Paul’s] acute stage of nervous excitement [… and] increased his anxiety and suggestibility […]. Ananias came to relieve his nervous symptoms and his mental distress, at the same time implanting new beliefs.”

Many read Sargant’s book, particularly within the psychiatric community, where it certainly fueled a hostile attitude to religion in general. However, its target was too broad to make the book of any use for promoting public policies. It was in the United States that psychologist Margaret Thaler Singer re-elaborated the ideas of Sargant claiming that not all religions used “brainwashing,” only some newly founded that were not exactly religions but “cults.” This happened in the climate of the 1960s and early 1970s, when the anti-cult movement was just being created, mostly among parents of college students who had decided to drop out of their universities to become full-time missionaries for the Unification Church or the Children of God, or shaved Hindu monks for the Hare Krishna Movement. As it happened for “heresies” of the past, their parents did not believe that their choices had been voluntary, and psychologists such as Singer offered “brainwashing” to them as a convenient explanation.

Singer was instrumental in creating the anti-cult ideology, which is based on the idea that “cults,” which use “brainwashing,” may be distinguished from legitimate religions, which don’t. Eventually, however, this theory was discredited by scholars and rejected by courts of law, as we will see in our next article.