Human Rights, China and the Winter Olympics – Boycott or not boycott?

The Beijing 2022 Olympic Winter Games are upon us and the debate on whether to participate or boycott the event that will give more and more prestige to China, to its government by mitigating or hiding its policies of violation of human rights, is more current than ever. On the subject we publish an article signed by the scholar Zsuzsa Anna Ferenczy for Human Rights Without Frontiers.

By Dr Zsuzsa Anna Ferenczy for HRWF (20.01.2022) — On February 4-20 Beijing will host the 24th Winter Olympics. Just weeks before the Games, China is battling multiple coronavirus outbreaks in several cities. The authorities are doubling down on their authoritarian virus-fighting methods, including their “zero-tolerance” COVID-19 policy rooted in digital surveillance.

But as Beijing is struggling to hold up in the face of the omicron variant and ensure the Games go ahead undisturbed, the Chinese leadership is facing bigger challenges. For years, Beijing has attempted to frame an alternative model of ‘democracy’ in its search for a legitimation narrative, while at the same time committing the most horrendous human rights violations. This has put China at odds with democracies across the globe, with Beijing claiming the ‘West’ is seeking to undermine its sovereignty and political authority.

Given such normative differences, and mindful of the reality that democracies see China both as an important trade partner and as a security threat, the international community has so far failed to ensure China lives up to its own international commitments. The lack of coordination and consistency of democracies has emboldened China to weaponize trade and pursue its own agenda at the expense of human rights.

To boycott or not to boycott

“The Biden administration will not send any diplomatic or official representation to the Beijing 2022 Winter Olympics and Paralympic Games, given the PRC’s ongoing genocide and crimes against humanity in Xinjiang and other human rights abuses,” White House press secretary Jen Psaki said in December.

New Zealand became the first to join the US, with Deputy Prime Minister Grant Robertson saying the move was more influenced by safety concerns over the pandemic than rights issues. Canada, Australia and Britain all followed Washington in announcing a political boycott. Japan said it would not dispatch a government delegation, but refused to call it a boycott, while South Korea also declined to join in, saying China’s “constructive efforts” were needed for denuclearization in the Korean Peninsula.

Seen in the context of the Indo-Pacific, ambiguity concerning China is not surprising. The US and China have been entangled in a long-term strategic competition for influence in the region, both projecting varying levels of influence onto the countries therein.

But while competing visions and objectives for the Indo-Pacific persist, democracies have consolidated security partnerships and regional cooperation, as seen, for example, through the revival of the Quad or the establishment of AUKUS. These initiatives reflect interest in a shared vision for a free and open Indo-Pacific, and can facilitate convergence regarding China.

The reality for now, however, is that expectations of an alignment with Washington’s objectives in the region are not realistic. China has inextricable trade links with most of the Indo-Pacific nations and holds key positions in the regional value chains. If democracies in the Indo-Pacific are serious about their commitment to a rules-based order, they must support each other in their diversification efforts in trade and investment. By diverting China, they can reduce their vulnerabilities and strengthen their position vis-à-vis Beijing, ensuring that human rights are not marginalized.

Transatlantic relations have also seen positive developments in ways to deal with a more assertive China. After the EU imposed sanctions against Chinese officials over alleged human rights abuses in Xinjiang, the US, UK and Canada joined in, with UK Foreign Secretary Dominic Raab saying that the international community will “act in concert to hold those responsible to account”.

Concerning the EU’s own stance on China, things are complicated. While Brussels has been moving from a naïve to a realistic approach to China, the bloc remains divided. This is no different regarding the Olympics. While Denmark and Belgium aligned themselves with Washington, The Netherlands said it would not send officials to the Games, but insisted this was not a political boycott. While France announced it would not boycott the Olympics, Annalena Baerbock, the Foreign Minister of Germany, China’s largest trade partner in the EU, said she would boycott the Games, but the country’s new chancellor, Olaf Scholz, did not echo her stance. In contrast, Lithuania, the country that has recently been most exposed to China’s economic coercion, announced that neither its president, nor ministers would attend.

In spite of French ambitions to coordinate, EU foreign ministers failed to agree on an EU-level boycott at their latest meeting in Brest. They couldn’t even reach a shared approach, which could have come in the shape of a strong-worded EU-level statement sending a message of unity that human rights matter as much as the single market, which, in the words of German State Secretary at the Economy Ministry, Franziska Brantner, is “sacred”.

This would have been the correct follow up to the European Parliament’s 2021 resolution which called for the EU to boycott the Games unless Beijing demonstrates “a verifiable improvement in the human rights situation in Hong Kong, the Xinjiang Uyghur Region, Tibet, Inner Mongolia and elsewhere in China”.

In response to Washington’s boycott, Beijing accused the US of betraying Olympic principles and said Washington would “pay a price”. The threat of retaliation is central to Beijing’s modus operandi, increasingly willing to exercise economic pressure to advance its interests.

After Taiwan opened a representative office in Lithuania under its own name, Beijing didn’t only retaliate bilaterally, but it went after Lithuania’s trading partners in Europe, undermining the integrity of the European single market. Brussels has only a few cards to play and remains ill-equipped to protect itself from such economic coercion and to uphold human rights at once.

In reality, no country in the EU has faced the level of economic coercion that Lithuania has for the past months. Similarly, no country has for decades lived under an existential threat as much as Taiwan has. Their standing up to Chinese aggression should inspire the way forward, concerning the Games and beyond. They must strive for unity and pursue joint action, including through the development of defensive trade tools against economic coercion and via legislative acts for the defence of human rights. Like-minded democracies have lessons to learn from Lithuania and Taiwan. 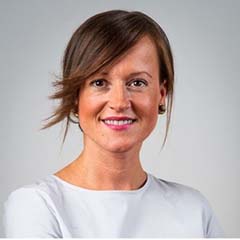