South Korea: In a psychiatric hospital for her faith 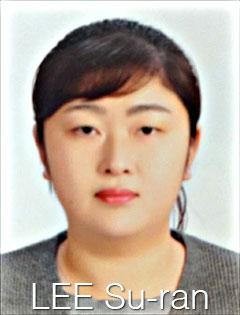 We publish the testimony of a South Korean faithful from the Shincheonji Church, who was first forcefully hospitalized in a psychiatric hospital for her faith and then subjected to a coercive conversion program (deprogramming) by her family  in early 2020. All supposedly "for her sake", as cynically stated by her family.

HRWF (17.12.2020) — LEE Su-ran lives in Busan Metropolitan City, Suyeong-gu with her husband and ten-year-old daughter. She had no previous religious affiliation before she joined the Shincheonji Church in March 2019.

She was 38 years old when her family tried to kidnap her for her beliefs, and then admitted her into a psychiatric hospital before forcing her to undergo a coercive de-conversion programme.

“I was in the process of trying to evangelize my husband when he found out that I was a member of the Shincheonji Church. He told my parents and my sister and her husband, who are all Buddhists. Soon I realized that they were making the necessary arrangements to force me into a de-conversion programme.

My family would usually meet to celebrate my birthday on 18th January, but this year my mother told me to do it on my own, which was strange. My husband also said that he could not celebrate with me as he was going to a funeral. However, he didn’t wear any funeral attire which was even more strange.

I happened to look at my husband’s phone and I found a screenshot with the address of the Busan Sae Jang Hak Presbyterian Church, known for conducting coercive de-conversion programmes. One of their pastors, Hwang Ui-Jong, is a deprogramming pastor. It was then that I realized that my family was preparing for my deprogramming.”

“On 18 January 2020, my husband left the house as if he was going to work but around 11pm, he came back unexpectedly with my parents and my younger sister. They came in abruptly and my sister told me, ‘I’m doing this because I love you.’ As they tried to restrain me, I implored them that this was not the right way, but my sister grabbed my hair, and we got into a physical fight.

As the fight became more emotional and violent, my father slapped me across the cheek and tried to knock me down. I resisted but, in the chaos, my mother and sister managed to take my cell phone and my daughter, and to leave with them. Terrified, I pleaded with them to bring my daughter back and to give me back my cell phone, but they would not listen. Eventually I took a blunt knife and threatened to hurt myself, and so my husband called my mother and sister to reassure me. This was likely planned to calm me down.

My mother then called the police and they arrived at around 1am. My husband was holding me down and I was frantically trying to break free. My husband had been threatening to divorce me and insulting me. The police talked with my family and then placed me in handcuffs and put me in the ambulance without ever asking me what had happened. At that point, I gave up fighting as it was clear the police weren’t going to listen to me. My husband rode with me in the ambulance as we were taken to Busan Municipal Psychiatric Hospital.

The doctor and nurses informed us that if two family members gave their consent, I could be held in the hospital for 72 hours. My mother and husband both agreed to do so.

I was held in a solitary room and monitored by a CCTV. The doctors asked me how I came to be here, and I told them everything. They believed me and said I would be discharged, but they couldn’t discharge a patient on the weekend.
I called a close friend from church using a public telephone and told her what had happened.”

“The doctor discharged me and contacted my family. My sister, mother, and uncle were waiting for me in front of the hospital. Some people from my church were also there which led to a confrontation between my family and them. My mother began shouting that Shincheonji had caused this and that I needed to go to a coercive de-conversion programme. Church members reported this to the police.

When the police came, they made snide remarks that our family is now ruined. One of the officers asked me what I wanted to do and I told him I wanted to go to a women’s shelter. However, as soon as my family told them that I was a member of Shincheonji, they stopped helping me and turned me back over to my family. My mother, uncle and sister drove me to the Sae Jang Hak Church for a pre-scheduled five-day coercive conversion programme.

During the programme, I would ask questions about the bible after everything the missionary said. My sister and mother would hit me, saying that I was crazy and that I needed to just listen. I would fight back when they assaulted me.
After about three days of this, my family gave up and ended the programme earlier than scheduled.

I was then taken to my uncle’s house nearby. During the two days that I stayed there, I was constantly monitored by my family and had many violent interactions with them. My husband continued demanding that we get a divorce and using abusive language with me.

However, I had done nothing wrong, and so I fought back. It seemed there would be no compromise, and so finally they allowed me to leave. I stayed at my friend’s house for three weeks. During this time, my family held demonstrations at the Shincheonji Church and it’s theology centres.”

“Eventually, I returned home to repair ties with my family and be reunited with my daughter. My family welcomed me back with tears and were very regretful.

The long-term negative impact of this traumatic incident on myself and my family has been immeasurable. One example is that my parents had been self-employed but closed their business while preparing for the coercive de-conversion programme. I found out that at that point in time, Pastor Hwang of the Busan Sae Jang Hak Church also demanded 700 USD in the form of donations from my husband and mother.

During the coronavirus pandemic, my husband and I still fight but we are trying to save our marriage for the sake of our daughter.”