A musician refused to submit the requested “protective declaration” that she does not “use the technology” or attend courses of Scientology. She was right, the court said.

by Massimo Introvigne — A historical decision was rendered by the 4th Senate of the State Administrative Court of Appeal of Bavaria, with reasons communicated on August 3, 2021, overturning a first instance judgment by the Administrative Court of Munich dated August 28, 2019, on the controversial issue of a “sect filter” used by the City of Munich. ”Sect filters” are documents required by local governments, businesses and political parties in some areas of Germany. Anybody looking for a job, or for doing business with these institutions and companies, should sign a statement that s/he is not a Scientologist nor does s/he “use the technology of L. Ron Hubbard” (the founder of Scientology).

The City of Munich subsidizes electromobility, and the use of electrical vehicles, including electrical bikes called “pedelecs” for the purpose of environmental protection. A musician applied to receive a grant for purchasing a pedelec on August 6, 2018. As part of her application she was required to sign a “sect filter” declaring that “she will not apply, teach, or otherwise disseminate any of the contents or methods or technology of L. Ron Hubbard and that she will not attend any courses or seminars based on this technology.” She refused, and on December 12, 2019, the City of Munich rejected her application. 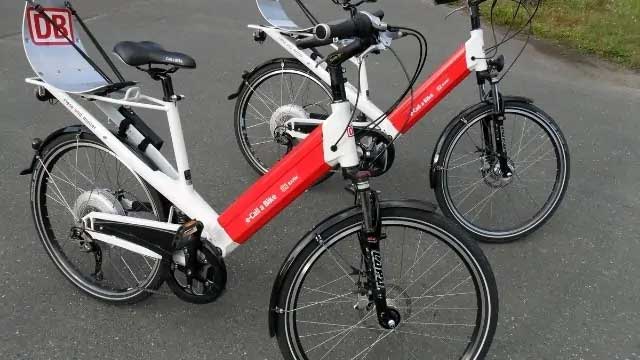 “No support for buying a pedelec (above) if you don’t renounce Scientology,” the City of Munich said.

She sued the city, but on August 28, 2019, the Administrative Court of Munich found against her, stating that the city was “free to decide which group of persons is to be supported by voluntary financial contributions,” and exclude citizens supporting Scientology, based on the fact that “in the 2018 Bavarian Report on the Protection of the Constitution, the program and activities of the Scientology organization were declared incompatible with the fundamental principles of the free democratic basic order.” The first instance court noted that, notwithstanding this evaluation, the musician still had a right to attend courses of Scientology, as she did for forty years, based on general principles of freedom of opinion and religion, but she had no right to get the electromobility subsidy. The city also suspected that the woman might use the pedelec for missionary activities on behalf of the Church of Scientology, which the city does not want to support.

The musician appealed, noting that she had clearly stated that she “is a freelance musician and plays mainly in classical orchestras; she wants to use the pedelec to get to rehearsals and performances.” She never performed missionary activities on behalf of Scientology, and considered the claim that she would need a bike for such purposes as absurd. She also questioned the accuracy of the assessment of the Bavarian Office for the Protection of the Constitution, based on her long experience as a Scientologist. And she claimed that the wording of the “sect filter” is “vague and excessive,” as it refers to any and all “contents” and “methods” L. Ron Hubbard may have taught in thousands of pages of works, and to any and all courses and seminars based on Hubbard’s ideas, which deal with a wide variety of fields. Also, the “sect filter” requires those who sign it to disclose their religious adherence and belief, which is prohibited by both the German Constitution and international human rights law.

The city objected that a freelance musician is not a private individual but, since she bills for her services, she is a “business” or a “company,” and since 1996 the Bavarian State Government had announced that they regard any business run by a Scientologist as “run according to the technology of L. Ron Hubbard” and thus “a component of the overall Scientology organization.” That this applied to the activity of the musician  was denied by the Bavarian State Administrative Court.

The  Administrative Court of Appeal concluded that the city’s decision “is unlawful and violates the plaintiff’s rights.” Imposing a “sect filter” before granting electromobility funding violates the constitutional guarantee of religious freedom and the constitutional principle of equality before the law, which requires that citizens should not be subject to disadvantages by reason of one’s race, origin, language, belief or religious or philosophical conviction, the court concluded. The judges noted that the city had admitted that, apart from the “sect filter” issue, the musician’s application met the legal requirements and would have been granted. “The fact that the plaintiff did not sign such a declaration and even expressly declared her membership in the Church of Scientology of Bavaria” was not a valid ground to exclude her from the subsidy, the judges said.

“The exclusion of the followers of the doctrine of L. Ron Hubbard/Scientology from the funding program for electromobility, intended by the required ‘protective declaration’ [i.e., the ‘sect filter’], was inadmissible because the defendant thereby pursued an objective outside its municipal sphere of action. Moreover, it constituted an unjustified encroachment on the fundamental rights of the group of persons concerned,” the court stated.

The judges also noted that the local Offices for the Protection of the Constitution have a right to operate for the “prevention and suppression of concrete anti-constitutional acts,” but it is not part of their job to single out individuals to be excluded from certain benefits granted to all citizens. Excluding Scientologists from state grants established in the interest of ecology “is incompatible with freedom of religion or belief” since, “according to the case law of the Federal Supreme Administrative Court, persons whose personal life is governed by the doctrine of Scientology can invoke the protection of religious or philosophical freedom,” irrespective of the evaluation of Scientology by the Offices for the Protection of the Constitution.

“With the required signature of the ‘protective declaration,’ this fundamental right was interfered with, on the one hand, to the extent that the plaintiff was required to disclose her religious or philosophical convictions.” On the other hand, “the plaintiff’s freedom of religion or belief was impaired by the fact that she was excluded from funding solely because of her personal closeness to the doctrines of Scientology (presumed due to her failure to sign the protective declaration).” It is true that by being denied the subsidy the musician was not prohibited from freely practicing her religion. However, the judges noted, “the scope of protection of the fundamental right to freedom of religion and philosophy is not only affected when the conduct protected by the fundamental right is restricted or prohibited as such, but also when negative consequences are attached to it.” The fact that the pedelec would carry a sign stating that its purchase was supported by the city was also regarded as irrelevant.

“The rejection of applications for funding in the absence of a signature on the ‘Protective Declaration with Regard to the Teachings of L. Ron Hubbard/Scientology,’” the court concluded, in addition to the principle of freedom of religion or belief “also violates the principle of equal treatment” of all citizens.

While the Bavarian State Administrative Court of Appeal  was not called upon to decide the question of “sect filters” in general, nor whether they can be used in cases of “particularly sensitive areas of the public administration” and “for the purpose of uncovering, disrupting or preventing acts that specifically endanger the Constitution,” the judgment unequivocally points to the constitutional limits for such measures as expressed by the human rights guarantees of religious freedom, equal treatment and the principle of proportionality and reasonableness. The decision therefore clearly opens a breach in the discriminatory and obnoxious practice of “sect filters” in Germany. As such, it is a significant victory for religious liberty and equal treatment, not only for Scientologists but for all German citizens alike.