The Krishna Society wins in Court against Russia Yesterday we announced the favorable ruling of two faithful of the Unification Church against Russia. Today we record another important victory in the European context by the Society for Krishna Consciousness Center, again against Russia.

Centre of Societies for Krishna Consciousness in Russia and Frolov v. Russia (no. 37477/11)

Press Release by the Registrar of the Court (23.11.2021) — The applicants are the Centre of Societies for Krishna Consciousness, a religious organisation under Russian law based in Moscow, and a Russian national Mikhail Aleksandrovich Frolov.

The case concerns the applicants’ attempts to challenge hostile descriptions of the Krishna movement and the refusal of permission to hold public religious events promoting the teachings of Vaishnavism. 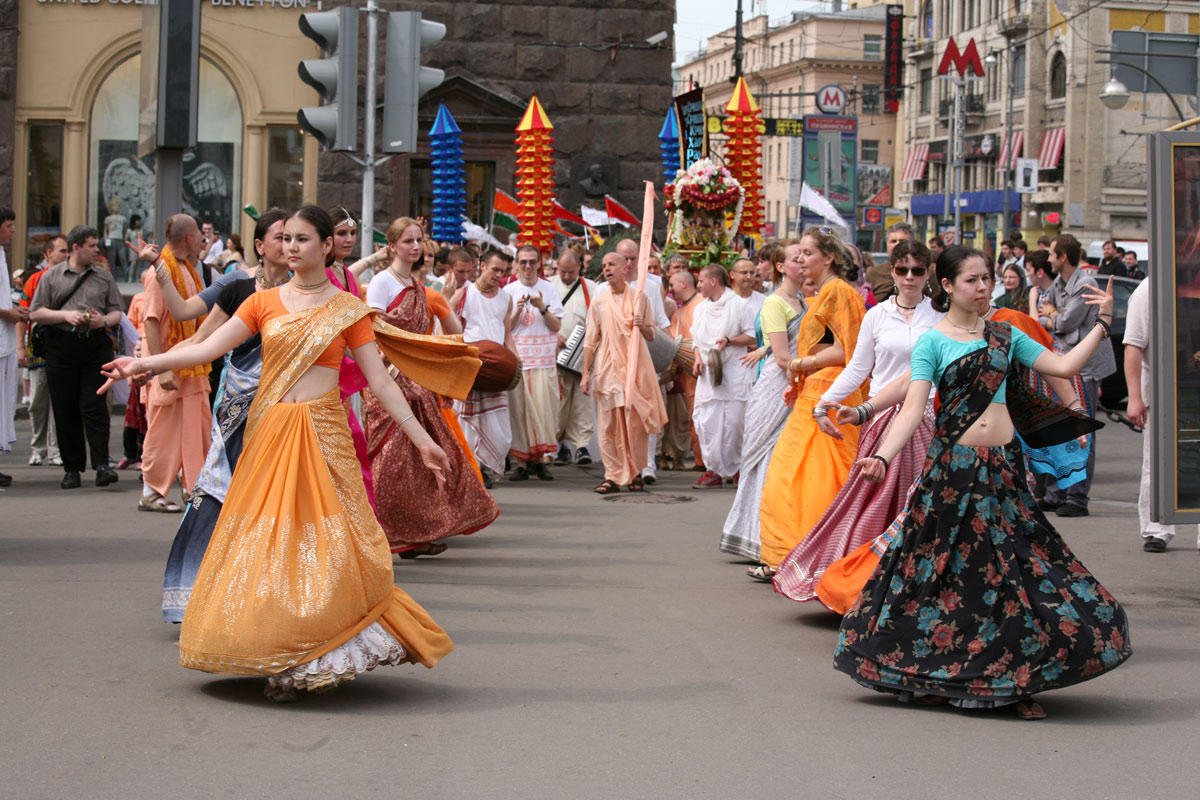 Relying on Article 9 (freedom of thought, conscience and religion), taken alone and in conjunction with Article 14 (prohibition of discrimination), the applicant organisation complains in particular that a brochure “Watch out for cults!” produced by the Ulyanovsk Region described the Krishna movement as a “totalitarian cult”, accusing it of “psychological manipulation” and “zombification” of the youth. It alleges that such descriptions breached the regional authority’s duty of neutrality and impartiality towards the Krishna movement, an officially registered religious organisation.

Mr Frolov complains that the authorities’ refusals to let him hold meetings, because promoting Vaishnavism did not correspond to the purposes of a public event under the relevant law and was incompatible with respect for the religious beliefs of others, breached his rights under Article 9 and Article 11 (freedom of assembly and association).

Violation of Article 9 in respect of the applicant organization

Just satisfaction: non-pecuniary damage: EUR 7,500 to each applicant costs and expenses: EUR 2,000 to the applicants jointly

Noteworthy is the following passage of the European Court decision 43.

Accordingly, the Court finds that, by using derogatory language and unsubstantiated allegations for describing the applicant centre’s religious beliefs and the ways in which they are expressed, the Russian authorities have overstepped their margin of appreciation. There has accordingly been a violation of Article 9 of the Convention.”

and the European Court decision:

1. Declares the complaints concerning the “anti-cult” campaign of the Ulyanovsk Government and the withholding of approval for planned public religious events admissible and the remainder of the application inadmissible;

2. Holds that there has been a violation of Article 9 of the Convention in respect of the applicant centre;

3. Holds that it is not necessary to examine separately the complaint under Article 14 of the Convention, taken in conjunction with Article 9;

4. Holds that there has been a violation of Article 11 of the Convention, interpreted in the light of Article 9, in respect of Mr Frolov;

(i) EUR 7,500 (seven thousand five hundred euros) to each applicant, plus any tax that may be chargeable, in respect of non-pecuniary damage;

(ii) EUR 2,000 (two thousand euros) to the applicants jointly, plus any tax that may be chargeable to them, in respect of costs and expenses;

(b) that from the expiry of the above-mentioned three months until settlement simple interest shall be payable on the above amounts at a rate equal to the marginal lending rate of the European Central Bank during the default period plus three percentage points;

6. Dismisses the remainder of the applicants’ claim for just satisfaction.