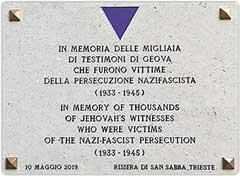 The killing of thousands of Jehovah's witnesses in the Nazi Camps officially remembered in Italy with the affixion of a plaque in Trieste at the "Risiera di San Sabba", a former rice mill transformed into the only Italian concentration camp equipped with a crematorium, where the Italian JWs were executed.

In fact along with the Jews, also political opponents, the Roma, LGBT people and Jehovah's witnesses were killed by Hitler's regime with the help of accomplices in other countries.

The Jehovah's witnesses, known at that time with the name of Bible students, did refuse to serve in the military and to honour Hitler and for that reason were made subject of the Nazi oppression and execution in the concentration camps.

They were given the choice to give up their beliefs and be freed, but thousands of them refused to do so and were executed.

After the war and the collapse of both regimes, in Germany and Italy, the persecution of Jehovah's witnesses changed in style, but did not disappear from those countries.

The social stygma was so strong that, for instance, in Italy the Jehovah's witnesses were still arrested until the 70's, mainly for refusing to serve in the army, but were also often reported to the authorities for proselytism activities, even though the Italian Constitution, entered into force in 1948, acknowledges and recognises full freedom of religion for everyone.

The Fascist regime did not tolerate the Jehovah's witnesses either and did cooperate with the Nazi regime to eradicate them.

Even though the situation improved over the following years, nonetheless this religious group was still opposed at social and political level.

For instance in the 90's anti-cult organisations organised specialised campaigns against the witnesses and invited all local neighbouhoods to oppose their proselytism activities by placing signs outside blocks and houses reading "JWs not welcome here" or JW don't ring the bell" or similar ones.

Such signs are still visible in some neighbourhoods around Italy, and anti-cult organisations, often set up by former members, target this congregation and its members mainly, but not only, for being against the war and for not accepting to be involved in politics, for refusing blood transfusions and also in some cases for being characterised by a set of beliefs which differs from "mainstream" Christianity and for denying some of the main dogmas of majority confessions.

In line with the Italian Constitution and the International human rights instruments, the JWs should be enjoying total freedom of belief like everyone else, believer or non-believer, without interference from governments or any other groups.

FOB advocates FORB (Freedom of Religion and Belief) for everyone and for this reason welcomes the initiative to remember the witnesses who fell victims of intolerance and crime by the hands of the Nazi-Fascist regimes, and wishes the intolerance against them may soon be stopped in all the countries where they are still victims of prejudice and intolerance in different contexts, and they may full enjoy all rights and freedoms like everyone else, no matter what they believe and what their practices imply.

On May 10, 2019, government officials, historians, journalists, and hundreds of other visitors attended the unveiling ceremony of a commemorative plaque in honor of the thousands of our brothers and sisters who were persecuted by Nazis and Fascists. The ceremony was held at the Risiera di San Sabba in Trieste, northeastern Italy, a former rice mill that became the only Italian concentration camp with a crematorium. The unveiling drew the attention of local and national media outlets, including Canale 5, one of the most watched TV channels in the country. 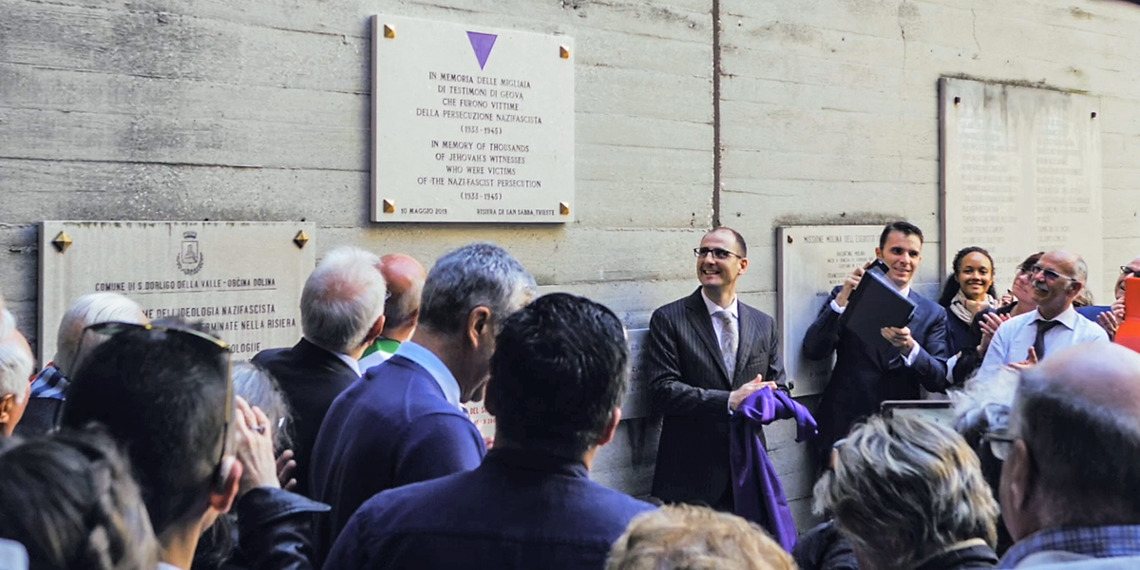 Christian Di Blasio, a spokesman for Jehovah’s Witnesses in Italy, opened the ceremony with a discourse highlighting loyalty. He stated: “Jehovah’s Witnesses were the only ones under the Third Reich to be persecuted solely on the basis of their religious convictions. They were also the only ones, as a group, to have the opportunity to avoid martyrdom. They merely had to renounce their Christian faith and support the regime. Yet, they had the courage to stick to Christian values—loyalty to God and love for others.” Brother Di Blasio then shared a video interview of Sister Emma Bauer, who recounted the persecution she and her family suffered during World War II. She explained that true Christians will not relinquish their values even when faced with death. In closing, the mayor of Trieste, Roberto Dipiazza, also addressed the audience. He stated: “I am very pleased with this plaque. We need to work so that such persecutions never happen again.” The plaque was then officially unveiled. 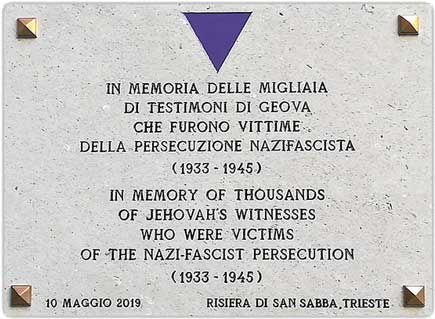 The plaque installed at the Risiera di San Sabba, Trieste. Jehovah’s Witnesses in concentration camps wore the purple triangle on their uniforms

Many scholars and public figures commented on the significance of the event. For instance, Giorgio Bouchard, former president of the Federation of Evangelical Churches in Italy, said: “No church has ever paid a blood tribute proportionately as high as Jehovah’s Witnesses did. . . . This harsh experience, however, has strengthened the movement, which presents itself to the judgment of history and, we believe, to the judgment of God, as the only Christian church that was opposed en masse to the idols of the Third Reich.” (For additional comments, see the box below.)

It is projected that some 120,000 people will visit the Risiera di San Sabba historical site annually. Each visitor will have the opportunity to view this plaque in memory of the thousands of Jehovah’s Witnesses who, despite being victims of Nazi and Fascist persecution, maintained their faith and political neutrality.—Revelation 2:10. 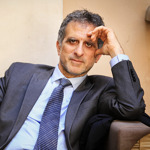 I came to know about Jehovah’s Witnesses during my studies on conscientious objection in Italy, and I was quite impressed by their lifestyle. Although I am a Buddhist, I respect them for the strength of their faith—a faith that allowed their many martyrs under Nazism not to fail in their religious convictions and even to sacrifice themselves so as not to renounce their religion.

Luigi Berzano
(Sociologist, full professor, University of Turin; editor of the Annual Review of the Sociology of Religion)

It took too long for the Nazi persecution of Jehovah’s Witnesses to be recognized and honored, despite the testimony of survivors and reliable historical documentation. Finally, the great testimony of faith and civil values of the more than 25,000 Witnesses persecuted in Germany has passed the wall of silence. . . . What happened to the Witnesses was, and remains, a unique testimony, totally religious, and therefore, even more rich and noble than that of all the other victims.

While the ministers of the “big churches” (Lutheran and Catholic) marched with strict discipline alongside the German troops up to Stalingrad [Volgograd], hundreds of Jehovah’s Witnesses died in prisons and concentration camps as martyrs to freedom of conscience. . . . No church has ever paid a blood tribute proportionately as high as Jehovah’s Witnesses did. . . . This harsh experience, however, has strengthened the movement, which presents itself to the judgment of history (and we believe, to the judgment of God) as the only Christian church that was opposed en masse to the idols of the Third Reich. 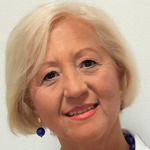 For a long time, the persecution against this religious group under the Nazi-Fascist regime has been disregarded. This identification plaque, posted at a historically significant site, honors the thousands of Jehovah’s Witnesses who have had courage, loyalty, and faith in the noble Christian principles for the purpose of living in peace. . . . The Jehovah’s Witnesses who survived managed to overcome the trauma by pursuing the purpose of living in peace and exercising strong faith in a future “new day,” in which such suffering will no longer exist and no man will have to ask himself, ‘Why?’ 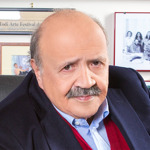 We cannot forget the thousands of Jehovah’s Witnesses from various European countries who were sent to concentration camps. Among these, 1,500 lost their lives. On the other hand, it is not surprising that Jehovah’s Witnesses under Nazi-Fascism were persecuted, not for reasons of race, but for showing faith, peace, and political neutrality—things that were still considered unwelcome. It is an important page in the history of Jehovah’s Witnesses, and it is therefore right to remember it with the highest of honors. 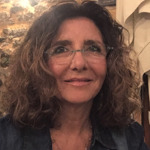 It is important to remember that Jehovah’s Witnesses posed a danger to Nazism because of their view of the world, based on respect for the sacredness of life—undermining the plan of world domination based on the principle of supremacy of the Aryan race. . . . Jehovah’s Witnesses, conscientious objectors who, at the cost of their lives, refused to renounce their faith—were not just martyrs of a religion. Today, as back then, they can be defined as courageous champions of nonviolence and champions of peace. They represent a glorious example of human greatness and a hope for future generations.

It was not until the 1990s that historiography began looking into the “purple triangles” and remembering their persecution. In explanation, this lack of both knowledge and memory is largely due to the fact that, in postwar East Germany, Jehovah’s Witnesses continued to be persecuted. Accused of being enemies of socialism, agents of American imperialism, and spies, they were imprisoned again—4,000 of them were sentenced to prison and 1,000 were imprisoned without trial. Only after 1989 and the reunification of Germany did their story reemerge from oblivion and their persecution receive recognition. This persecution included not only men but, as historian Adriana Lotto points out, also women who were mostly imprisoned in order to prevent them from influencing their children and pushing them to pacifism. At the beginning, in 1933, they represented (second only to Communist women) the most numerous group in the camps, in particular, in the women’s camp of Ravensbrück. There they distinguished themselves for their resistance, by refusing to perform jobs related to the army and to war (like sewing military uniforms or supplying vegetables to the SS), and faced heavy punishment and, in some cases, even the death sentence. 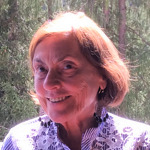 I participated with great interest in the poignant and touching ceremony at the Risiera di San Sabba, which emphasized the value of the testimony of Jehovah’s Witnesses who, in order not to renounce their faith, preferred to face death. . . . Today, as in years past, the ongoing mission of Jehovah’s Witnesses contributes actively to the dissemination of values that are a prerequisite for peaceful and harmonious coexistence. I thank you for the invitation to attend the ceremony, and I express my appreciation for the incisive testimony that was given by Jehovah’s Witnesses. 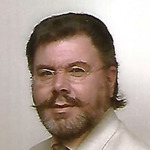 I fought for 25 years in the courtrooms of the Italian military and civil tribunals for the “freedom of religious thought” for Witnesses. I can affirm, without a shadow of a doubt, that they have three fundamental characteristics. They are: (1) absolutely consistent, (2) loyal, and (3) unwavering in following and respecting what, for them, are the dictates of Jehovah. Some Witnesses have even sacrificed their lives in order not to renounce their faith—the “purple triangles” are a demonstration of this. I don’t think I exaggerate when I say that some Witnesses have been true “martyrs for the faith.” I can only speak well of Jehovah’s Witnesses because I believe they are worthy of respect even by those who, like me, have another religion (Catholic). 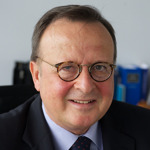 I am very grateful to the organizers of this important ceremony, which recalls the persecution and torture of thousands of Jehovah’s Witnesses who were victims of Nazi barbarism. We owe it also to their sacrifice that there was the powerful push in civil society that gave birth to the European project and also the European Court of Human Rights. . . . To them goes our emotional remembrance and our gratitude as European citizens.

As promoter of the bills for the recognition in Italy of conscientious objectors to military service, I had the opportunity to defend hundreds of young Jehovah’s Witnesses before the military tribunals of the Republic. I can attest that the firmness of their faith, inspired by the principles of honesty, personal sacrifice, and solidarity, aroused my admiration.