A stream of Chinese government invective heralded the start of the second set of hearings of the Uyghur Tribunal in London last week.

by Ruth Ingram — The independent Tribunal aiming to examine evidence of China’s human rights abuses against the Uyghur people in China’s Xinjiang autonomous region, opened against a volley of attacks against the proceedings, which the CCP claimed were a “political farce” and “pseudo court” “used by terrorists and anti-China forces to smear China’s anti-terrorist efforts in the Xinjiang region.”

Objecting to the aim of the tribunal, which is to assess whether a genocide has been carried out by the Chinese government against its own people, the Chinese Embassy in the UK joined forces with the Chinese Ministry of Foreign Affairs and the Government of Xinjiang Uyghur Autonomous Region to jointly condemn the event, slated as “another group of ‘actors and actresses’ getting together with anti-China forces” “in an attempt to offer sensational but fake materials to Western media and make stories about the ‘evil China.’” 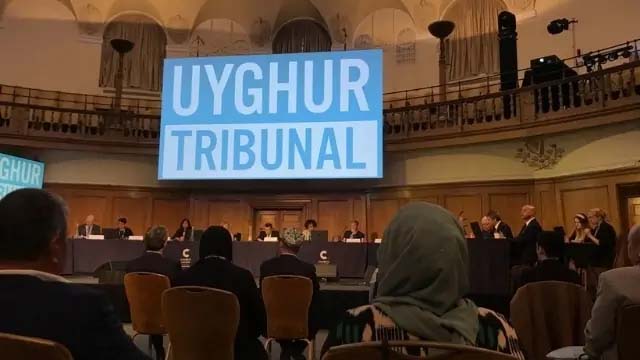 Sir Geoffrey Nice giving his opening statement at the start of the second session of the Uyghur Tribunal in London. 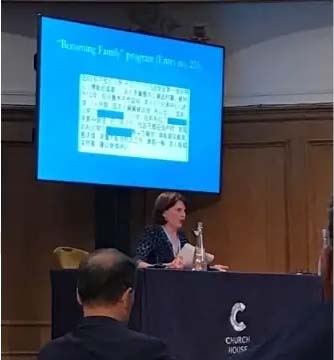 Elise Anderson of the Uyghur Human Rights Project presenting her evidence on day 2. 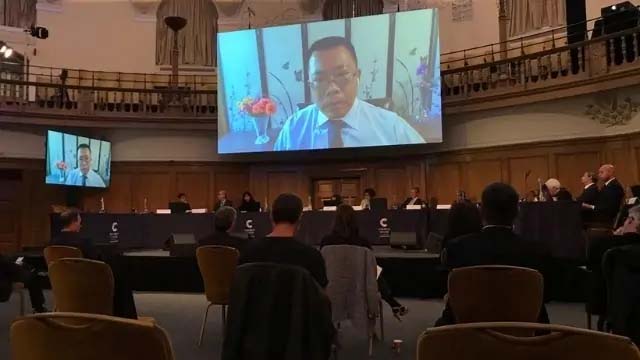 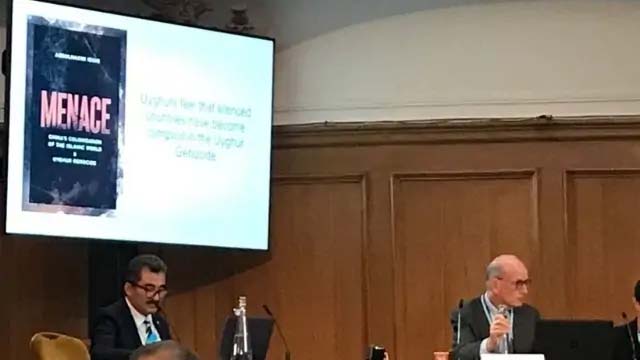 Hakim Idris, husband of Uyghur activist Rushan Abbas, presenting evidence of complicity of Muslim nations in the genocide of the Uyghurs.

Following the first grueling session of the Tribunal in June, a raft of witnesses had come forward to testify of torture, forced sterilization and systematic rape, during their incarceration. Chinese State Television responded by parading their relatives and colleagues onscreen who lashed out at the witnesses for their unpatriotic “lies,” immorality, and questionable lifestyles.

Nothing has been heard since from those giving evidence in China, said Sir Geoffrey Nice QC introducing the second four-day proceedings. Sir Geoffrey who together with the Tribunal itself has been sanctioned by the PRC, regretted the “vituperative” attack on the Tribunal by the CCP, and its unwillingness to offer its own evidence. He said that the second four days would focus mainly on examining the structure of the PRC and lines of command within its ranks, and hear from fewer firsthand witnesses of the atrocities in the internment camps. 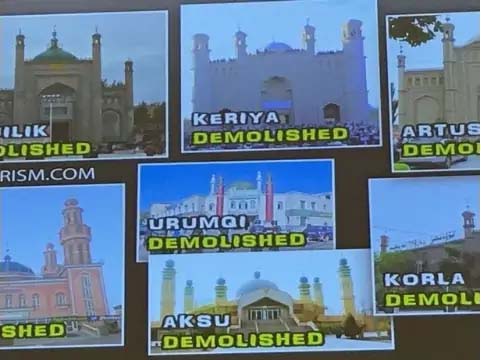 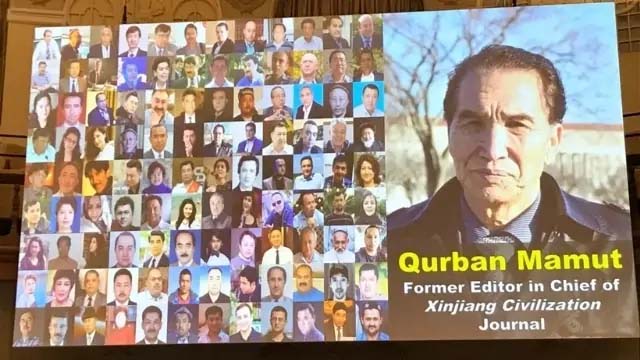 Shortly before the proceedings the new Chinese ambassador to the UK, Ambassador Zheng Zeguang, made one last ditch attempt to halt the event by appealing to the British government. Urging ministers to step in, he begged them to “stop the organizers from continuing such malicious behavior and taking action on this,” but was told of the Tribunal’s non-governmental nature with no legal authority. 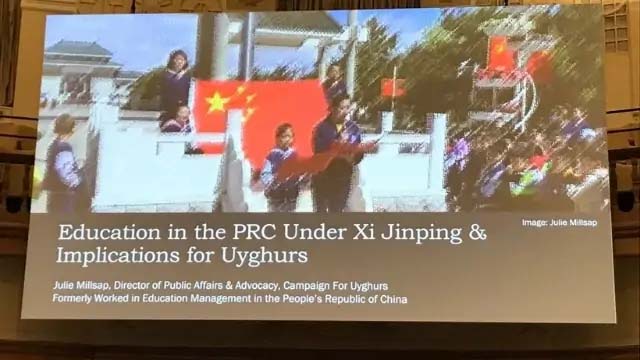 Julie Millsap giving evidence on the fate of disappeared children in Xinjiang. 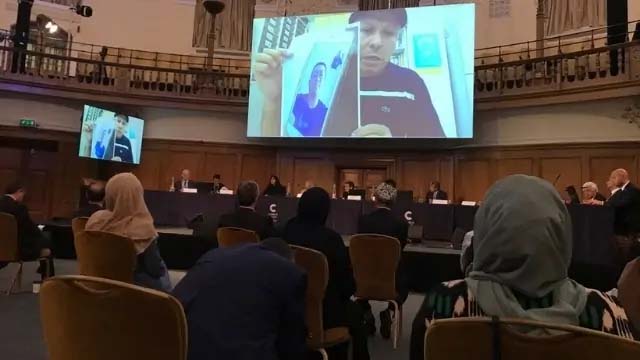 Khalmat Rozakhon giving evidence of his brother’s torture in detention.

Condemning Ambassador Zheng’s denial of the abuses in her homeland, Uyghur activist Rushan Abbas of Campaign For Uyghurs, whose sister’s three year extra-judicial 20-year incarceration would be commemorated over the weekend, lashed out in retaliation on her Twitter feed.

“Release my sister Dr Gulshan Abbas  instead of lying in front of the whole world!” she raged. “With witnesses like us whose loved ones are missing in China’s concentration camps, no one will buy your cheap propaganda!”