The following is an appeal promoted by Bitter Winter, an online magazine on religious liberty and human rights published by CESNUR, the Center for Studies on New Religions.

FOB, signatory of the appeal, over the years has published a number of articles on FECRIS and its role in spreading anti-cult ideology.

FECRIS Should Lose Its Consultative Status with the United Nations ECOSOC

Bitter Winter proved in a series of articles that the anti-cult organization FECRIS and its affiliates constantly supported Russia and China. An international appeal (with many Ukrainian signatures). 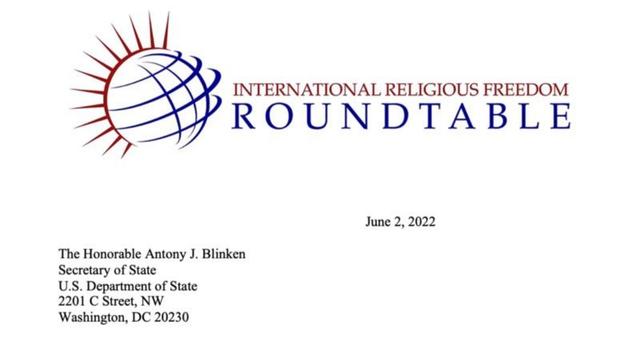 We write as an informal group of organizations and individuals who are religious and secular leaders, human rights advocates, practitioners, and scholars to respectfully urge you, as a member of the Committee on Non-Governmental Organizations (NGOs) at the United Nations (UN), to request the withdrawal of consultative status that is currently held by FECRIS (the European Federation of Centres for Research and Information on Sects and Cults) with the Economic and Social Council (ECOSOC).

This letter is a multi-faith initiative of the International Religious Freedom (IRF) Roundtable, a multi-faith, inclusive (of all faiths and beliefs), equal citizenship forum that has proven it is possible to engage cooperatively and constructively across deep differences and increase mutual understanding, respect, trust, and reliance through joint advocacy actions.

While we hold an extremely broad diversity of theological views and political positions, we all agree on the importance of international religious freedom. It strengthens cultures and provides the foundation for stable democracies and their components, including civil society, economic growth, and social harmony. As such, it is also an effective counter-terrorism weapon as it pre-emptively undermines religious extremism. History and modern scholarship make it clear that where people are allowed to practice their faith freely, they are less likely to be alienated from the government, and more likely to be good citizens.

If an organization, either directly or through its affiliates or representatives acting on its behalf, clearly abuses its status by engaging in a pattern of acts contrary to the purposes and principles of the Charter of the United Nations including unsubstantiated or politically motivated acts against Member States of the United Nations incompatible with those purposes and principles.

During its history, FECRIS and its members have accumulated a great number of civil and criminal convictions for their actions that defame minority religions and spread hate speech against them.[1]

From 2009 to 2021, Alexander Dvorkin, head of the Saint Irenaeus of Lyons Center for Religious Studies in Russia, served as Vice-President of FECRIS. Since 2021, he has continued to serve as a member of its board of directors. Dvorkin, on behalf of FECRIS, has been a key architect of the crackdown on religious minorities in Russia and beyond, as he spread his anti-religious propaganda and misinformation to other countries,[2] including as far as China.[3]

Moreover, Alexander Dvorkin has been a driver of the Anti-West propaganda of the Kremlin for years, and directly and publicly attacked the democratic institutions of Ukraine after the Euromaidan protests, accusing them of being members of cults (Baptists, Evangelicals, Greek Catholics, pagans and Scientologists) being used by Western secret services to harm Russia.[4] Further, Dvorkin and other members and correspondents of the Russian FECRIS have been involved in the constant propaganda, which prepared the ground and justified the current war in Ukraine, as a war against Western decadence and a war to protect Russian spiritual values.[5]

During the first four weeks of the war in Ukraine, Russian FECRIS associations have been actively supporting the war and openly working with Russian law enforcement agencies to gather information on anyone who would oppose it or even just share information on the casualties in Ukraine.[6] At the same time, Russia has enacted a law that established a jail sentence of up to 15 years for any person “discrediting the armed forces,” which includes speaking of “war” instead of the official Russian term, “special military operation.”

Until now, no discipline has ever been taken against Dvorkin and/or Russian FECRIS associations for their actions that spread propaganda and catalyze discrimination and persecution of religious communities.[7] It is known and understood that FECRIS has known about the ideology and actions of its Russian members for years, and has continued to support them, nonetheless.

FECRIS as an entity must be held accountable for the activities of its Russian member associations for the following reasons:

While FECRIS has been alerted about the outrageous ideology and actions of Alexander Dvorkin and Russian member associations for years, it has kept Dvorkin on its board of directors, which elected him twice as Vice President, and has supported the associations all along, having never taken any disciplinary actions against any of them.

In fact, FECRIS has been actively coordinating as an entity with Russian authorities to trigger the crackdown on religious minorities since as far back as 2009—the same year it was granted “ECOSOC Special Consultative Status” by the UN.

The mere ideology and methodology of FECRIS, as a constant, is to use authoritative governments to trigger crackdowns on religious communities it stigmatizes as sects or cults, with no regard to their human dignity, liberty of conscience, and other fundamentals human rights.

In conclusion, FECRIS should be stripped of its ECOSOC consultative status at the UN. Its aims and activities are in complete opposition to the aims and purposes of the UN. Further, Russian FECRIS associates are actively supporting the war in Ukraine.

Thank you for your attention to this important matter.

Committee for Religious Freedom in Vietnam

The All Faiths Network UK

Union of Councils for Jews in the former Soviet Union (UCSJ)

Individuals [With name, title, and affiliation for identification purposes only]

Ruslan Khalikov, PhD
Member of the Board
Ukrainian Association of Researchers of Religion

[1] ⬆︎ “FECRIS and affiliates: Defamation is in their DNA”, an article by Willy Fautré, director and co-founder of Human Rights Without Frontiers International https://freedomofbelief.net/articles/a-roundup-of-convictions-collected-by-fecris-in-europe

[4] ⬆︎ How the anti-cult movement has participated to fuel Russian anti-Ukraine rhetoric, an article by Jan-Leonid Bornstein https://www.europeantimes.news/2022/03/how-the-anti-cult-movement-has-participated-to-fuel-russian-anti-ukraine-rhetoric/

[6] ⬆︎ Anti-cult movement hunting pacifists for police in Russia: Back in the USSR, an article by Jan-Leonid Bornstein https://www.europeantimes.news/2022/03/anti-cult-movement-hunting-pacifists-for-police-in-russia-back-in-the-ussr/

[7] ⬆︎ After March 30, 2022, after a series of published articles denouncing FECRIS links to Russian propaganda, the names of the Russian organizations disappeared from the list of members on FECRIS’ website. Although a member of the FECRIS board privately answered a question by a scholar stating they had been very recently expelled because of the war on Ukraine, no official statement by FECRIS has been published to this date (April 6) confirming this expulsion.