Associations of “Victims” of Spiritual Groups: Some May Be False 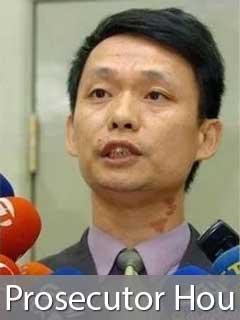 by Alessandro Amicarelli — In these days, there are associations for “victims” of everything, from bullying in school to defective electronic products. As an attorney, I am sensitive to the fact that in the U.S. there are even associations of “victims” of lawyers.

Several of these associations exist in the field of spirituality and religion. For example, groups such as Catholics Anonymous or Recovering Catholics gather “victims” of Catholicism—not of sexual abuse or with other specific grievances, just ex-members claiming that being part of the Roman Catholic Church was a victimizing experience.

When it comes to groups criticized as “cults,” we hear of these associations almost every day. I have experience of them as a human rights lawyer and president of the European Federation for Freedom of Belief (FOB). Some of these associations are legitimate, and their members may have suffered real injustice. Others, however, are not. The problem is that the media often take any claim by a “victim” of a spiritual movement at face value. After all, “victims” are more newsworthy than members of a spiritual movement reporting they had good experiences there.

Studying Tai Ji Men, a menpai (something similar to a “school”) of Qi Gong rooted in esoteric Taoism, whose leader was persecuted in the 1990s in Taiwan, although later found innocent of all charges, I came across an extraordinary tale that can serve as a lesson in this field.

The persecution of Tai Ji Men was largely the work of a single magistrate, prosecutor Hou Kuan-jen. Taiwan has a body in charge of monitoring wrongdoing by public officers, known as Control Yuan, and it later recommended that Hou be punished for its illegal activities targeting Tai Ji Men.

Hou was suspected of inciting some people to set up a false “association of victims” of Tai Ji Men or “self-help group” in 1996. After he had arrested the founder of Tai Ji Men Qigong Academy, Dr. Hong Tao-Tze, and other members of the movement, Hou appeared on television and urged the foundation of a self-help association of “victims.” “The victims,” he stated, “are advised to register as soon as possible, to safeguard their rights and interests.” Obviously, Hou was not appealing to altruistic motives.

As the case against Dr. Hong and his co-defendants proceeded, and the prosecutor tried to use the so-called self-help entity to support his position, the judges realized there was something strange in Hou’s claims about the victims’ association, and the truthfulness of the self-help entity was questionable. Both the judges and Dr. Hong’s lawyers requested Hou to resubmit a verified list of the members of the association, with each of their individual personal seals and signatures affixed to the document. Such a list was never officially submitted, and the Control Yuan and courts subsequently noticed the presence of repeated names, names of deceased individuals, and others who said they never accepted to be part of the association or withdrew when they realized its fraudulent nature.

Those who appeared as the leaders of the victims’ association were, of course, real persons—but their claims were false. The president was Tsai Chang-pin, who claimed he had been defrauded of NT $30 million by Tai Ji Men. Questioned by judge Chao Tze-jung of the Taipei District Court on July 20, 2001, he admitted his claim was made up.

There was also a vice-president, Ms. Tseng Pi-yun. She also ended up admitting in court, on September 19, 2001, that she had lied when she claimed damages for over NT$ 3 million using the names of her two sons and 19 other individuals, and falsely claiming that they were Tai Ji Men disciples and were victimized. She had even created false seals of unknowing individuals, and affixed them to documents used to file legal cases against Tai Ji Men disciples (called dizi).

As the credibility of the bogus association collapsed, Chu Huy-jing, a woman who claimed she was a representative of the “victims’” group, at the hearing of November 21, 2000, injured a Tai Ji Men dizi who was in attendance, and snatched the belongings from her. Chu was sentenced to a 20-day jail term for assault.

Finally, at the June 5, 2002 hearing in Taipei District Court, the claims of Tsai Chia-lung, another member of the association who had written poison-pen letters to various authorities falsely alleging he had been defrauded by Tai Ji Men, were exposed as false as well. Tsai claimed to have been defrauded of hundreds of thousands of NT dollars, but after careful questioning by the judge, he admitted that he had not paid any money to Tai Ji Men.

Eventually, the Control Yuan verified and concluded that the victims’ association was fundamentally false, and Prosecutor Hou Kuan-jen admitted that he used the so-called “list of victims” to prosecute the whole case without any detailed investigation of its accuracy. The prosecution did not satisfy the rules of evidence. This report of the Control Yuan further proved that the prosecutor’s investigation was sloppy and false. The Supreme Court (Criminal Division) found the defendants of the Tai Ji Men case not guilty, and also concluded that there was no tax evasion and no violation of the tax codes. Dr. Hong, his wife, and the Tai Ji Men dizi who had been detained received national compensation from the government for wrongful imprisonment.

Once again, this story does not prove that all associations of people claiming to be “victims” of a religious or spiritual movement are fraudulent. But some are, which should cause wise media to approach these claims and groups with a grain of salt.