Brainwashing, Italian-Style: “It Does Not Exist,” Said the Constitutional Court In 1981, the Constitutional Court ruled in the case of a Catholic priest accused of manipulating his followers, and concluded “plagio” was an imaginary crime.

by Massimo Introvigne — In the previous articles, we discussed how article 603 of the Fascist Criminal Code of 1930 incriminated what would be later called “brainwashing,” and how its use in 1968 against Aldo Braibanti, a gay Marxist philosopher accused of “brainwashing” its pupils into homosexuality, generated a long-lasting controversy.

Today in Italy many of the older generation confuse in their memories the Braibanti case and the Grasso case that occurred ten years later, in 1978. Many “remember” that it was the Braibanti case that brought the Italian Constitutional Court to declare the illegitimacy of the crime of plagio, but their memories are failing them. The Constitutional Court never reviewed the Braibanti case. It did, however, review the case of Father Emilio Grasso, a Catholic priest and the leader of a Catholic community called Redemptor Hominis. Father Grasso was accused of driving a wedge between his young followers and their families, persuading them to work as full-time missionaries or volunteers for charitable activities in Italy and abroad. 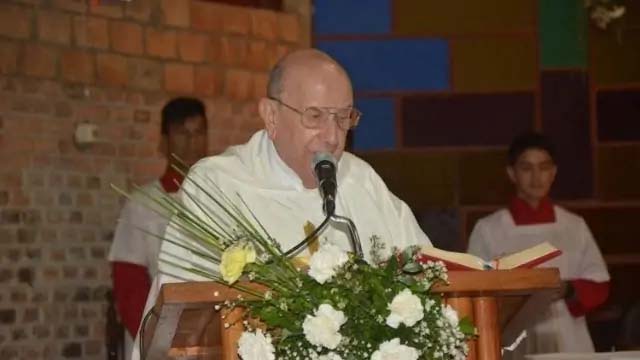 After Father Grasso was put under criminal investigation, on November 2, 1978, a Court of Rome investigating judge raised the issue of constitutional legitimacy of article 603 and sent the case to the Constitutional Court.

On June 8, 1981, Constitutional Court decision no. 96 declared article 603 unconstitutional. The decision included a broad historical review of the matter, and essentially accepted the objections that the “total state of subjugation” mentioned in article 603 could not be achieved with psychological methods only, or at least the opinions of psychiatric science were so contrasting as to prevent a judge from reaching unambiguous conclusions. The resulting danger was that such state of ambiguity could lead to decisions based on the degree of popularity or acceptance of the ideas instilled by the alleged “plagio.”

The Court reasoned that, for the crime of “plagio” to exist, “plagio” ought to have an autonomous psychological existence and yield results “independently of any bodily or physical activities performed on the subjected person,” such as torture or the forced administration of drugs, which are prohibited by other laws.

The Constitutional Court discussed the theory of suggestion and—somewhat in advance of the times—that of “psychological dependency.” According to the Court’s decision, influence and even “psychological subjection” are a “normal” part of relationships between human beings: “typical situations of psychological dependency […] can reach degrees of intensity even for long periods, such as a love relationship, and the relationships between priest and believer, teacher and pupil, physician and patient […]. But practically speaking it is extremely difficult, if not impossible, to distinguish, in situations such as these, psychological persuasion from psychological subjugation, and to differentiate between them for legal purposes. No firm criteria exist for separating and defining each activity, tracing a precise boundary between the two.”

The literature on the subject, whether from “psychiatry, psychology or psychoanalysis,” the Court said, does not allow to differentiate between an influence or suggestion that is resistible and one that is not. It follows that an evaluation of the effects of the alleged “plagio” is usually “symptomatic,” meaning that conclusions depend on “whether the activity performed on the passive subject leads to behavior that either conforms or deviates from ethical models dictated by society or by law.”

In other words, we run the risk that among the hundreds of “psychological dependency” situations of everyday life—between lover and beloved, teacher and pupil, priest and devotee, analyst and patient—courts may arbitrarily punish relations that are somehow deemed to be ideologically unacceptable, or simply unpopular.

“As a matter of fact—argued the Constitutional Court—if we wanted to apply article 603, even a normal relationship—whether it be based on love, religious belief, membership in an ideological movement, or on other motives—which is supported by a subject’s ‘blind and total’ obedience to another subject and is considered to be socially deviant, could be prosecuted as a crime of plagio.” “Blind and total obedience,” the Court said, is requested in several military, religious, therapeutic, and political organizations, and persuading people to practice it is not a crime.

In conclusion, article  603 was called by the Constitutional Court “a bomb about to explode in our legal system, since it can be applied to any situation that implies the psychological dependence of a human being on another.” These situations are both frequent and legal, and the “degree of intensity” of persuasion and dependence cannot be measured, the Court said. Article 603, thus, could easily “explode” against beliefs and lifestyles that may be marginal or unpopular, but are still protected by the Constitution.

The 1981 decision made it impossible to prosecute “cult” leaders in Italy for “brainwashing” or “plagio.” Anti-cultists, however, did not give up, and have tried to this very day to revive the dead horse of “plagio.” We will discuss their efforts in our next article.