When judges in 1968 found a Communist gay philosopher guilty of “brainwashing” its pupils into homosexuality, a national controversy erupted.

by Massimo Introvigne — In the previous articles of the series we saw how, at the end of a century-old legal evolution, in 1930 Mussolini’s Justice Minister Alfredo Rocco, prevailing against the opinion of the committee that was drafting the new Italian Criminal Code, included in it an article 603 incriminating what would later be called “brainwashing.” The committee was concerned that the provision may be arbitrarily used against those who would persuade others of ideas some judges or prosecutors might regard as unacceptable.

It was, however, much ado about nothing. If Mussolini believed that the new provision could be used against opponents of the regime, he was up for a disappointment. In the Fascist era, nobody was convicted for “plagio.” In fact, the “plagio” provision never led to convictions even after the end of the Fascist regime, until things changed in the 1960s.

Until the 1960s, no effects followed the introduction into the Italian penal code of article 603. In the first forty years of its existence, there were very few “plagio” trials, all dealing with the sexual seduction of women by men, and all ended in acquittals. In 1961, the post-Fascist Supreme Court of Cassation handled its first case of “plagio,” in which an elementary school teacher, after seducing a young girl, had kept her confined in a very small house, under lock and key, without allowing her to go out. The Court overturned the judgment on the merits, ruling that the judges had not sufficiently inquired whether, instead of “plagio,” it might not have been a case of “spontaneous passion” by the girl, leading her to “total, voluntary sexual devotion.”

The decision would be heavily criticized today, and was a fruit of different times. It included a comment that, in theory at least (but not in the case of the girl and the teacher), article 603 could apply to the “creation of a psychological relationship of total subjection of the passive subject to the active subject, so that the former becomes dominated by the latter’s power, with full or almost complete suppression of the victim’s free self-determination.” This is what Rocco had wanted to include in the Criminal Code in 1930. But was it consistent with the democratic Constitution?

The question was not raised until 1968, when the Rome Court of Assizes, in a case that became notorious, sentenced Aldo Braibanti to a nine-year jail term (reduced to six on appeal, of which he served two, the other four having been condoned for his participation in the anti-Fascist resistance). A self-taught but well-known Marxist gay philosopher, Braibanti had taken into his home two young men to work as his secretaries. According to the prosecution, he had confined them to small rooms, wearing them out by not feeding them and depriving them of sleep and of contact with the outside world, until he brought them to a state of psychological subjugation with the aim of making them his lovers. 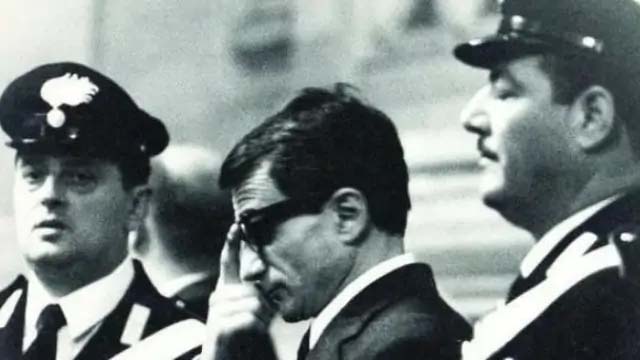 Aldo Braibanti (1922–2014) was the only person found guilty of “plagio” in Italian legal history.

On July 14, 1968, Braibanti was found guilty of “plagio” by a jury. The Court of Appeals of Rome (again in a jury trial) upheld the judgment, although it reduced the penalty, on November 28, 1969, and the Supreme Court did the same on October 21, 1971. With a statement that could have been borrowed from the debates on brainwashing that were taking place in the United States, the Supreme Court (going even beyond the decisions of the lower courts) described Braibanti’s “plagio” as a “situation in which the psyche of the coerced person was emptied. This was possible even without resorting to physical violence or the administration of pathogenic drugs, through the combined effect of various means, each of which alone might not have been effective, while they became effective when combined together.”

The trial generated the “Braibanti case,” which dominated the Italian political debate for several months. The case led prominent Italian left-wing intellectuals such as novelist Alberto Moravia and semiologist Umberto Eco, and a large number of leading attorneys and psychiatrists, to petition for the abolition of the statute on “plagio.”

The debate produced a wide body of literature that revolved around two types of criticism of article 603. The first was empirical. Contrary to what the Italian judges believed, it was argued, “plagio” as psychological (as opposed to physical) “total subjugation” did not exist. Most Italian psychiatrists, the critics claimed, agreed on this point. Even if this were not the case, doubts would suffice to make the statute vague and undetermined, therefore unconstitutional.

The second body of criticism was political. The critics argued that the rule masked an attempt at ideological discrimination. Braibanti, they claimed, was found guilty not because he used strange or sinister methods to indoctrinate his pupils, but because of the contents of the indoctrination, which included an apology of homosexuality. According to the critics, the homophobic judges believed that “converting” to homosexuality was so abnormal that no one could do this out of free will. The judges, the critics argued, had incriminated a lifestyle, homosexuality, under the pretext of judging methods of indoctrination.

The critics were not successful, and Braibanti had to go to jail. As we will see in our next article, only ten years after the first Braibanti decision another “plagio” case, involving a Catholic priest, led to the decisive intervention of the Constitutional Court.