Court of Rome: Jehovah’s Witnesses “Ostracism” Is Not Illegal

Judges confirmed that counseling members to shun ex-members is part of both corporate religious liberty and the individual right to choose who to associate with. 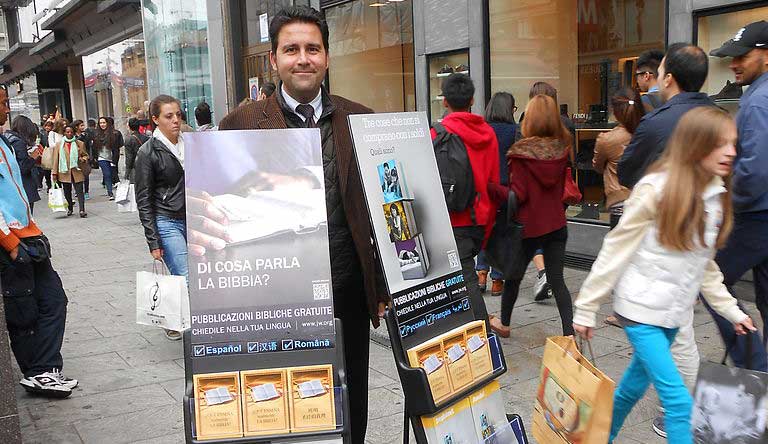 His resignation was accepted, and he asked the elders not to publicly announce it, since this might damage his social and business life due to the Jehovah’s Witnesses practice of shunning the ex-members or limiting association with them with the exception of cohabiting relatives. The elders announced in a  congregation meeting that the plaintiff “was no longer one of the Jehovah’s Witnesses.” As a consequence, the plaintiff claimed that, because of the doctrine and practice he called “ostracism,” former co-religionists, including relatives and some who used to be close friends, ceased all social relations with him, and would not even greet him when meeting on the streets; some also personally decided to cease to patronize his business. As a consequence, the plaintiff claimed to have suffered psychical (in the form of “psycho-physical stress”) and economical damages, and asked the court for monetary compensation.

While other arguments were advanced by the plaintiff, the judges said, at the end of the day only one question is relevant, whether by shunning the plaintiff and no longer patronizing his business, his former co-religionists (including some [non-cohabiting] relatives) did anything illegal. If they did, then the Jehovah’s Witnesses might be guilty of inciting an illegal behavior.
However, the court said, the behavior was perfectly legal. There are no laws compelling people to associate with friends and relatives they no longer want to see, for whatever reason, nor to greet them in the street, or patronize their businesses. Issues of “civility and good manners” are not justiciable. Individuals have a right to decide who to associate with. The court in fact recognized two parallel rights: a religious organization has the right to impart its teachings, and an individual believer has the right to decide how to behave in certain situations, based inter alia on the religious teachings s/he received.

The conclusion is that the Jehovah’s Witnesses’ teachings about what the plaintiff called “ostracism” suggest to their members a legal behavior. As a consequence, imparting these teachings is also legal.

The court mentioned that the plaintiff had previously complained to the Italian Ministry of Internal Affairs, which answered that the internal life of the Jehovah’s Witnesses is autonomously regulated by their charter. The court commented that there is a sphere of autonomy of religious organizations the state or the judiciary cannot interfere with.

The plaintiff was also ordered to pay the costs of the litigation to the Jehovah’s Witnesses.

The court also observed that its conclusion is supported by a previous similar case decided by the Italian Supreme Court of Cassation in 2017, and that those who criticize shunning practices propose a reductive view of religious liberty, focusing only on the rights of the individuals, while Italian law and case law also recognize religious liberty as a corporate right vested on organizations. Senior Italian legal scholars applauded the Rome decision as confirming this important principle.

The Rome decision is coherent with an impressive international body of decisions acknowledging that the Jehovah’s Witnesses’ practice called by their opponents “ostracism” or “shunning” is protected as part of their corporate religious liberty. One recent decision by the Court of Ghent, Belgium, took the opposite view, but it has been appealed, and hopefully will be reversed by a higher court.