Not surprisingly, the methodology of the MIVILUDES leads to systematic mistakes.

by Massimo Introvigne — In a previous article reviewing the recently published report for the years 2018–2020 of the French MIVILUDES, the French Inter-ministerial mission for monitoring and combating cultic deviances (dérives sectaires), I noted how it suffers from a fundamental methodological problem.

The report is a building built using as bricks the saisines, i.e., the complaints against a religious movement that everybody can send to the MIVILUDES by letter or by using an online form. For pages and pages, the report summarizes and quotes the saisines. There is no indication that the saisines have been verified by confronting them with the existing scholarly literature on the accused religious movements, or by interviewing members in good standing of the religious organizations, who may have a totally different point of view. 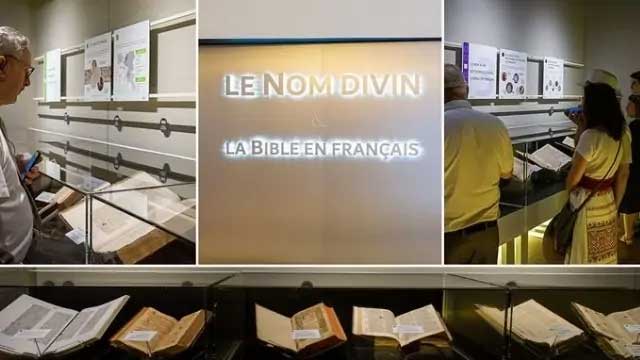 Today, I examine a massive example of the use, or misuse, of the saisines, i.e., the part of the report concerning the Jehovah’s Witnesses, which is based on 62 saisines the MIVILUDES received in 2020, in addition to those received in the previous years. They do not seem to be many, considering that there are currently 136,000 Jehovah’s Witnesses in France. I also discussed in my previous article how the system of the saisines may be easily manipulated by the concerted efforts of organized opponents, who may all send saisines to the MIVILUDES, giving the false impression that a widespread popular protest exists against a certain religion.

First, the Jehovah’s Witnesses are classified among the “closed religious movements of Christian inspiration.” The main feature of a “closed religious movement,” the report says, is the “indoctrination and control [embrigadement] of children.” That this is the main feature of these groups, once again, is a conclusion the MIVILUDES derives from the saisines it has received. This notion of a “closed religious movement,” however, does not correspond to any scholarly definition, and does not apply to the Jehovah’s Witnesses. They send their children to public schools, which is hardly compatible with the idea of a strict control conveyed by the French word “embrigadement.”

More generally, most Jehovah’s Witnesses have a job outside of the congregation and regularly interact with non-members. Jehovah’s Witnesses are conservative believers who live quietly but are very much part of the “outside world,” unlike the real, typical “closed” religious communities who live communally in isolated farms. That the Jehovah’s Witnesses are a “closed religious community” was argued by a study by scholars from the University of Utrecht for the Dutch government. Also in that case, which however did not focus on the “regimentation” of children, I and my colleagues J. Gordon Melton and Holly Folk objected that the notion of “closed religious community” applied to the Witnesses did not correspond to the more common use of the world in social scientific literature.

The MIVILUDES objects that “participation in the life of the city (elections, representation) is forbidden, which can contravene the right to education in democratic values.” The Jehovah’s Witnesses do not vote or offers themselves as candidates in political elections for theological reasons. This is part of their religious liberty, and a form of “conscientious objection” most democratic countries in the world have recognized as legitimate, just as they have recognized the rights of the Jehovah’s Witnesses to conscientious objection with respect to military service.

From the theory of the “closed religious movement” comes the strange comment that Jehovah’s Witnesses practice a “‘brutal’ isolation” of certain members of their community, including “people with disabilities” and “the elderly.”  This may have been reported in some malicious saisine, but those who are familiar with the Jehovah’s Witnesses know it is both untrue and offensive. I can personally testify that the elderly and those with disabilities are taken care of with love and patience by the Jehovah’s Witnesses, who regard this as part of their Christian duties.

Governments have even given awards to the Jehovah’s Witnesses for their care of the persons with disabilities, noting that the congregation “takes into consideration not just the physical access to their buildings, through facilities for those with special assistance needs; it also facilitates communication and access to technology by holding meetings for worship and other activities in sign language (American Sign Language) and by providing Braille publications and sign-language videos.” Perhaps even more importantly, the Jehovah’s Witnesses give hope to the elderly and persons with disabilities by telling them that disabilities and the problems connected with old age are not forever. They will disappear in the Kingdom of God announced by Jesus Christ in which the Jehovah’s Witnesses firmly believe.

Third, after a quick mention of blood transfusions, the MIVILUDES argues that elders recommend “to members not to go to court” but to solve their matters within the community, which leads to cases of sexual abuse not being reported to the secular authorities. In support of this accusations, the Australian and Belgian reports are mentioned. Professor Holly Folk recently discussed in Bitter Winter the problematic aspects of both the Australian and Belgian documents. Here, the accusation is not supported by the mention of a single French case. It is also false.

I have discussed the issue in more details elsewhere. Answering the MIVILUDES, it may be sufficient to emphasize that the current (2019) edition of the official handbook for congregation elders, “Shepherd the Flock of God”—1 Peter 5:2, confirms that a person who intends to report an allegation of abuse (or any other crime) to the secular authorities will not be discouraged to do so by the Jehovah’s Witnesses: “One who reports an accusation to the police, the court, the elders, or others who have authority to look into matters and render a judgment would not be viewed by the congregation as guilty of committing slander… This is true even if the accusation is not proved” (12:28). The 2010 edition had a parallel provision (5:27). In the May 2019 issue of The Watchtower, we read that, “Elders assure victims and their parents and others with knowledge of the matter that they are free to report an allegation of abuse to the secular authorities. But what if the report is about someone who is a part of the congregation and the matter then becomes known in the community? Should the Christian who reported it feel that he has brought reproach on God’s name? No. The abuser is the one who brings reproach on God’s name.” Elders go even further when it appears that a minor is in danger of abuse, and report themselves the situation to the secular authorities.

Fourth, the MIVILUDES claims that “Concerning the education of children, the apocalyptic doctrine of Jehovah’s Witnesses can induce strong psychological tensions: the child is encouraged to do well at school while, at the same time, the education received is discredited.” This seems to be based on stereotypical accounts depicting the Jehovah’s Witnesses as obsessed with predicting dates for the end of the world, something that is certainly not true today and has not been true for decades, no matter how one would prefer to interpret the history of the organization in earlier times. The Jehovah’s Witnesses share an interest for the latter days and the end of the world with most conservative Christians. “Apocalyptic” for a Christian simply means “related to the events described in the Book of Revelation,” also called Apocalypse, which is part of the Bible for all Christians. Why the children of the Jehovah’s Witnesses should be in a status of stronger “psychological tension” with respect to millions of Christian children who attend Sunday School in conservative churches and receive similar teachings about the last days is not really explained.

There is an obvious contradiction between “encouraging children to do well at school” and “discredit the education” at the same time. Parents who are Jehovah’s Witnesses may disagree with some teachings imparted at school, just as Muslim or Catholic parents may disagree with teachings about certain secular French values that contrasts with their moral theology. This does not exclude a respect for the school and the teachers, which may be easily confirmed by those teachers who have students who are Jehovah’s Witnesses. One piece of evidence in the MIVILUDES report that the school education is not really accepted by the Jehovah’s Witnesses is that their children does not participate in “certain activities and celebrations.” Although they are not mentioned explicitly, this seems to allude to the fact that, for what they believe to be Biblical reasons, the Jehovah’s Witnesses and their children do not celebrate Christmas and some other feasts, and birthdays. All over the world, teachers respectful of religious liberty accommodate without problems children of Jehovah’s Witnesses who would not celebrate a birthday or prepare ornaments for Christmas, nor do they perceive this as an attempt to “discredit” the school.

Fifth, not surprisingly, the MIVILUDES returns on the issue of what it calls “the real ostracism implemented for those who decide to leave the Jehovah’s Witness community. These people are then excluded from the community, or even totally separated from their family members remaining in the community, which can have dramatic consequences on fragile individuals.” Formulated in such general terms, the statement is not accurate. An exception to the practice of the so-called “ostracism” is made for immediate family members. In FAQ published in 2020, we read: “What of a man who is disfellowshipped but whose wife and children are still Jehovah’s Witnesses? The religious ties he had with his family change, but blood ties remain.” In the 2008 book “Keep Yourselves in God’s Love” we read (p. 208): “Since […] being disfellowshipped does not sever the family ties, normal day-to-day family activities and dealings may continue. Yet, by his [sic] course, the individual has chosen to break the spiritual bond between him and his believing family. So loyal family members can no longer have spiritual fellowship with him. For example, if the disfellowshipped one is present, he would not participate when the family gets together for family worship.” But, as The Watchtower stated on April 15, 1991 (p. 22),  “If in a Christian’s household there is a disfellowshipped relative, that one would still be part of the normal, day-to-day household dealings and activities.” Already on August 1, 1974, The Watchtower (p. 470)had already clarified that this also apply to the relationship between husbands and wives as “one flesh,” which except in the case of divorce continue even after one spouse has left the Jehovah’s Witnesses.

The problem, as usual, is that the MIVILUDES relies on the saisines. In one saisine, a man writes that after he left the Jehovah’s Witnesses for doctrinal reasons, “my wife finally filed for divorce and obtained false testimony because she had no biblical reason to do so. I knew that she had given an ultimatum to our daughters to choose between her and me (…) So yes, the Jehovah’s Witnesses are destroying families and the French state should intervene.” We have no way of knowing what really happened and, based on their usual methodology, we may doubt that the MIVILUDES interviewed the wife to get her version of the story. Unfortunately, these narratives are extremely common in bitter divorces, even when religious reasons are not involved.

As for the claim that “the French state should intervene,” I believe that a plurality of authoritative voices writing in Bitter Winter have explained why the courts of many countries in the world rendered the only decisions that are compatible with the corporate religious liberty of religious organizations when they defended the right of the Jehovah’s Witnesses to teach that their members should not associate with those who have left the congregation or have been disfellowshipped (with the exception of immediate relatives).