Rosita Šorytė discusses the political uses of the labels “cult,” “extremist,” and “marginal” to discriminate against the Church of Scientology.

by Alessandro Amicarelli — In a previous article, I examined Germana Carobene’s recent article on how Scientology is labeled as a “cult” (setta in Italian, secte in French) to deny it the status of a religion. Carobene is a professor of law, and she examines “legal narratives.” Rosita Šorytė has a different background, in politics, having served as a diplomat for 25 years.

In an article on the labeling of Scientology published in the July-August 2021 issue of The Journal of CESNUR, she admits that she knew Scientology only from the media until she started working on religious liberty some years ago. She served as a diplomat in France and in the United States, where several media, although with differences between one country and the other, called Scientology a “cult.” They rarely defined what a “cult” was, but conveyed the impression it was something “bad.” 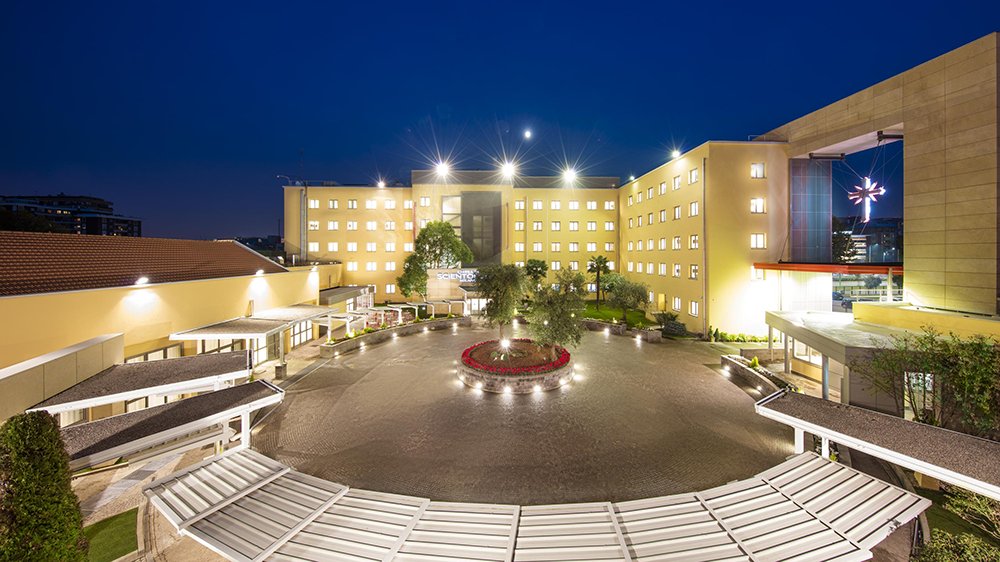 As somebody working in politics, Šorytė was suspicious of labels. She knew how, for example, labeling a group as “freedom fighters” or “terrorists” makes a “great difference,” but is also often the result of “political games.” However, she did not pay special attention to the “cult” issue until her work and personal interests led her to the field of religious liberty.

She also met Scientologists and started reading scholarly books on Scientology and Scientology’s own materials, concluding it was a group of “normal” people like many others. She noticed that “cult” served the same purposes of the Russian word “СЕКТА” she had encountered living, before Lithuanian independence, in the Soviet Union, and the Lithuanian “sekta.”

Here, problems began. In Russia by the Orthodox Church, and in Lithuania by the Catholic Church, these words were used to designate “heretic” groups “stealing sheep” from the mainline churches, creating what, rightly or (more probably) wrongly the latter believed were crucial contributions to their declining number of members. In this sense, Šorytė notes, the labels are not applicable to the Church of Scientology, both because it does not require its members to leave their former religions, and because nobody really believes that Christians abandon en masse their churches to join Scientology.

Reading media in the U.S., she had the impression that “cults” were, at least in the mind of certain reporters, “separatist” groups that live apart from mainline society, and perhaps dress in a distinctive way, such as the Hare Krishna. Apart from the fact that she met Hare Krishna devotees and found them sincere believers and nice people, Šorytė agrees that they live “separately” from society—which is not a reason, she says, to detain them and put them in psychiatric hospitals, as it happened in the Soviet Union, including Soviet Lithuania. But Scientology is not “separatist,” its members do not dress in distinctive manners, nor do they live full-time in religious communes. As most religions do, Scientology does have its share of full-time members, including those in the Sea Org, that scholar J. Gordon Melton compared to religious orders in Catholicism or Buddhism, but they are not the majority.

Critics, Šorytė observes, sometimes claim that Scientologists are “psychologically” rather than physically separated from the mainstream society. They do have a distinctive jargon, she counters, but this is true for many other human groups. Certainly, they do not spend all their time talking about Scientology, as proved by the fact that many have successful careers in difficult professions that demand their full attention. And, if one wants to argue, that Scientology beliefs are “strange,” Šorytė quotes polls indicating that 33% of the Americans and 26% of the French believe in reincarnation, and in the 28 most economically advanced countries 47% believe there are extraterrestrial civilizations and 25% that life on earth originally came “from another place in the universe.” These are beliefs shared by Scientologists, and figures indicate they are part of the mainline. Also, Šorytė observes, what exactly the average Scientologist believes on these matters should be ascertained through adequate research, and cannot be inferred only by reading books, as is true in all religions.

Since “cult” was a difficult label to use in court cases, Russia adopted the category of “extremism,” which had become popular after 9/11 and the bloody terrorist attack in Beslan, North Ossetia, in 2004, where 334 died, including 186 children. Beslan offered the opportunity to modify the Russian law on extremism, allowing to “liquidate” organizations that do not practice or incite violence or terrorism but simply argue for the “superiority” of their religion with respect to others (read, Šorytė says, the Russian Orthodox Church). This may apply to almost all religions, but was used to “liquidate” the Jehovah’s Witnesses and harass Scientology, under the instigations of anti-cultists such as the notorious Alexander Dvorkin (and despite the fact, again, that Scientology does not ask Russian Orthodox Scientologists to leave the Orthodox Church).

According to Russian anti-cultists and judges, another mark of “extremist” religions is that they counsel their devotees not to associate with “apostate” ex-members who have left their religion and become militant critics of it. Scholars have proved, Šorytė notes, that this also happened and happens in mainline religions (how most schools in Islam view “apostates” is well-known). However, the “extremist” label has passed from Russia to other countries, such as France and Belgium, and the idea that “shunning” hostile ex-members is not legal, although denied by several court cases in many countries, has been recently affirmed by a controversial Belgian first-degree decision against the Jehovah’s Witnesses.

Finally, some media call Scientology a “fringe” or “non-mainline” religion. Šorytė has been alerted on the discriminatory use of these labels by her work against religious discrimination in Eastern Asia. If this would mean that Scientologists are part of a “small” religion if compared with 1.9 billion Muslims or 1.2 billion Roman Catholics, this would be true, but the same labels should be applied to the Jews (less than 15 million) and many others. If this would mean that Scientology is a religion recently founded, this would also be true. However, some media use “marginal” or “fringe” to imply that Scientology does not contribute to the common welfare of society, which is demonstrably false. Scientology carries out a number of humanitarian activities in favor mostly of non-Scientologists, Šorytė argues, as she herself in a book about COVID-19 and French scholar Bernadette Rigal-Cellard have demonstrated.

Šorytė concludes her article by asking “cui bono,” and lists the opponents that have vested interests in building labeling campaigns against Scientology. First, there are religionists who try to suppress competition, the Russian Orthodox Church or portions of it in Russia being a case in point. Second, there are “governments and forces in governments, with a problematic relation to democracy, which do not like those who are fiercely independent, insist on thinking with their own head, and live apart from the lifestyle dictated by the official propaganda.” Third, some secular humanists predicted the demise of religion, and are disturbed by the fact that new religions arise and prosper. Fourth, new libertarians and proponents of “new rights” do not accept that some may voluntarily submit to demanding religious rules and discipline. Fifth, and according to Šorytė most importantly, Scientology’s campaigns against psychiatric drugs (whose market was $27 billion in 2020 and because of problems connected with COVID-19 is expected to grow to $40 billion) put the church against one of the most powerful lobbies in the world, operated by large pharmaceutical companies that support criticism of Scientology for their own reasons.

Considering how Scientology was able to resist to such a powerful coalition of “enemies,” Šorytė concludes, may perhaps lead to the conclusion that it is not, after all, that “fringe” or “marginal.”

This article is published also on Bitter Winter