Church of Almighty God Refugees: Why They Should Be Granted Asylum

A monumental study of 271 decisions rendered in administrative and court cases show that more applications are being accepted—but not everywhere.

by Alessandro Amicarelli — The Church of Almighty God (CAG) is the most persecuted religious movement in China. Persecution generates refugees, and more than 5,000 CAG members have sought asylum in democratic countries. Not all their cases have been already examined by the authorities, but there are hundreds of available decisions making the CAG a unique case for studying the response to religion-based refugee claims filed by members of a single movement in several different countries.

Massimo Introvigne, an Italian sociologist and the author of the most complete scholarly study of the CAG, James T. Richardson, professor emeritus of sociology and judicial studies at University of Nevada, Reno and one of the most well-known scholars of religion in the United States, and Rosita Šorytė, a former diplomat, the president of ORLIR, the International Observatory of Religious Liberty of Refugees and a member of the Sceintific Committee of FOB, have now published a 132-page study of 271 decisions rendered by administrative authorities and courts of law in CAG refugee cases all over the world. Simply put, it is the largest case law study of religion-based refugee claims ever published.

The study consists of two parts. In the second, the authors offer a summary of each of the 271 decisions. In the first, they discuss the main issues the administrative authorities and courts have based their decisions on. They also argue that most negative decisions are based on misunderstandings or erroneous information about the situation in China or the CAG.

The authors note that one crucial issue concerns the COI, “Country of Origin Information,” i.e., the documents the authorities regard as authoritative and base their decisions on. The notion of COI is somewhat ambiguous. Some courts regard as COI only those published on the United-Nations-affiliated data base Refworld or the European-Union-affiliated data base EASO. Others regard as COI documents produced by a variety of sources, including international media. Some years ago, the authors note, the CAG was virtually unknown. The oldest COI were heavily influenced by Chinese propaganda, produced to support the persecution. Today, the situation has changed. There are several reliable scholarly studies of the CAG, which are quoted in more recent and improved COI produced, inter alia, by governmental authorities in Canada, The Netherlands, and Italy. However, some decisions continue to quote old and outdated COI, and documents labeled “COI” but of dubious value (such as one produced by law students in an Italian university). The effort by Chinese embassies and consulates to spread false information about both the situation of religious liberty in China and the CAG should also be considered. 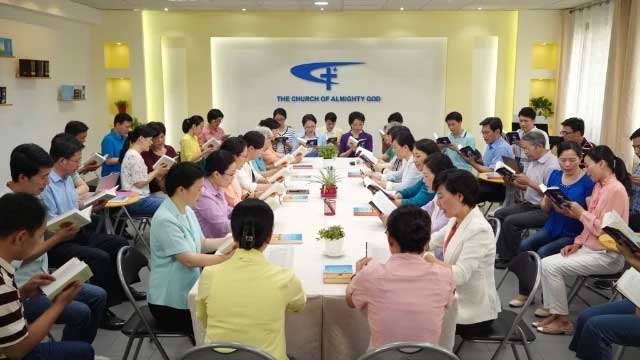 The authors mention ten points the courts and administrative officers normally consider when deciding whether asylum should be granted to CAG applicants. The two first, that there is no religious liberty in China and CAG is heavily persecuted, should be somewhat obvious. Only a handful of decisions, influenced by “information packages” distributed by the Chinese embassies, dare to deny the persecution. Chinese propaganda depicts CAG as guilty of various crimes, but most decisions now recognize that these are fake news fabricated by the CCP regime.

More complicated is the interpretation of Article 300, the provision of the Chinese Criminal Code making “using a xie jiao,” i.e., a banned religious movement such as the CAG, a crime punished with heavy prison terms. Some older decisions argued that only “leaders,” not all members of the CAG, are sentenced under Article 300, and only those who “commit crimes.” The three authors had published a previous monumental study of decisions rendered in China against CAG members under Article 300, using only decisions published by the Chinese government in its official legal data base. That study proves beyond any possible doubt that being a member of the CAG and having committed “crimes” such as attending a prayer meeting, trying to convert a relative or co-worker, or even keeping religious literature at home, is enough in China to be sentenced under Article 300 and go to jail.

This should be sufficient under the international conventions and national laws to grant asylum to CAG refugees. Yet, even if the authorities agree that being a CAG member is enough for having a “credible fear of persecution” in China, which entitles to asylum, the refugees’ journey has not ended. They should prove that they are genuine CAG members, and tell a story the authorities may evaluate as credible.

In some old cases, the authorities asked questions about the CAG based on COI that were full of mistakes, then concluded that the refugees were not “genuine” CAG members when their answers did not conform to the COI. In fact, the answers were right, and the COI were wrong. As new and better COI are now available, these objections become rarer. However, it may still happen that individual stories are found as not believable. There may be problems in translating from Chinese, and in understanding stories coming from a very different culture.

The authors quote a decision rendered in 2019 by the Italian Supreme Court of Cassation, overturning a decision from the Justice Court of Milan that had denied asylum to CAG refugees, and establishing three principles. “First, that courts of law cannot rely on interviews before immigration officers and administrative commissions, where the applicant is not assisted by a lawyer and may be the victim of substandard translations. Courts should interview the applicant again. Second, the interview is not a match or a competition where the authorities should shop for contradictions to find reasons to deny the asylum. If they find contradictions, the courts should point them out to the applicant, make sure he or she understands the problem, and allow for an explanation. Third, an interview should not be divided in segments and, if one of it appears as not persuasive, lead to the conclusion that the applicant lacks credibility. Rather, the courts should assess the applicant’s narrative as a whole, considering that contradictions in matters of detail are frequent but do not mean that the basic story is false.” These are common sense principles, and should be applied everywhere.

In a majority of cases where asylum was denied, the key argument used against the refugees is that, if they were really persecuted in China, they should not have been able to obtain a passport and pass the controls at the airport, because the Chinese authorities record the names and biometrical data of those suspected of crimes, including of being members of a xie jiao (customarily translated as “evil cults,” but in fact meaning “heterodox teachings”), in a very effective national data base, making getting a passport and overcoming the advanced facial control technologies virtually impossible.

This objection is discussed at length in the study, quoting from specialized literature on police and corruption in China, stories by refugees, and court decisions. The authors quote in particular a string of decisions by German courts, who examined the passport question in detail, and concluded that CAG members identified as such may still be able to obtain a passport, for three main reasons. First, there are different levels of registration in the police data bases, from local to national, not all those in local data bases are immediately registered in the national one, and sometimes they are not registered at all, particularly when they have been arrested and then released after paying an amend. In this case, the police may not register their names in the data base and pocket the amend. Second, border controls using new technologies only became effective in a couple of airports in 2015 and in more airports in 2018, making objections based on the high-tech border control systems not applicable to those CAG members who had left China before 2018. Third, and most important, technology is always operated by humans. China has an enormous level of corruption, and it is always possible to “persuade” the officers to alter or cancel data from the data bases and to give a passport to persons who would not be legally entitled to it. As the Administrative Court of Freiburg, Germany, concluded in a decision dated September 12, 2019, “It has been possible for followers of The Church of Almighty God who are already persecuted or threatened with persecution to leave legally with their own documents, not only because there is corruption in China, but also because the wanted persons register and also the exit controls are not always complete.”

Finally, the authors mention that even in the case of members of other religions who converted to the CAG abroad rather than in China (so-called conversions sur place), asylum can be granted when they made themselves visible by participating in CAG activities or being featured in CAG videos. Several recent decisions recognize as a proved fact that Chinese authorities keep a watch on dissidents abroad, and if they return to China, they are immediately arrested.

The article (virtually, a book) by Introvigne, Richardson, and Šorytė is a milestone in the study of religion-based refugee claims and mandatory reading for lawyers and judges handling CAG cases. On a personal note, as I have been involved in CAG cases both as a lawyer and as a human rights activist, it gives great encouragement to read that our efforts have not been in vain, better COI have been produced, and in some countries more favorable decisions have been obtained. As we read the text, we understand that sometimes our work may really save human lives. At the same time, it is sad to read that some authorities still choose to believe the Chinese propaganda, or reject obviously valid asylum claims for political reasons or because they rely on outdated and faulty information. The battle is far from being over.

Read the full study in “The Journal of CESNUR“.