Contesting the verdicts where they were sentenced for sexual abuse, as biased, Jaroslav Dobeš and Barbora Plášková seek asylum in the Philippines.

Third in a series of four articles. Read article 1 and article 2.

by Massimo Introvigne and Alessandro Amicarelli — In the first two articles of this series, we presented the history of the Guru Jára Path, its interaction with the Czech anti-cult movement, and its teachings on sacred sexuality that led to the criminal prosecution. As we mentioned in the second article, the police’s attention focused on the ritual of unhooking, where female devotees were “cleansed” of the negative psychic residues of their past sexual experiences through ritual intercourse with the guru.

The anti-cult movement had put the police on the track of the Guru Jára Path since the early 2000s, but the situation precipitated after Guru Jára and his main co-worker Barbora Plášková announced that they were leaving Europe definitively and move to Asia in 2007. A preliminary investigation of Jára had been started based on the complaint of a woman who had been unhooked but, rather than to the ritual, objected to Jára’s alleged misrepresentation of his own Tantric qualifications and initiations. Although before their departure Jára and Plášková had been interrogated, but no charges had been filed at the end of the preliminary investigation, the police placed both Jára in 2007 and Plášková in the 2009 in their wanted list since their whereabouts were unknown. Only later (2010) the police claimed Jára and Plášková had fled abroad to escape arrests. Jára and Plášková were investigated for possible financial fraud and human trafficking, but later these charges were dropped. Funds that had been confiscated were finally returned to the director of Poetrie, Lenka Cumplova, in 2021, after ten years of investigations had found no wrongdoings. 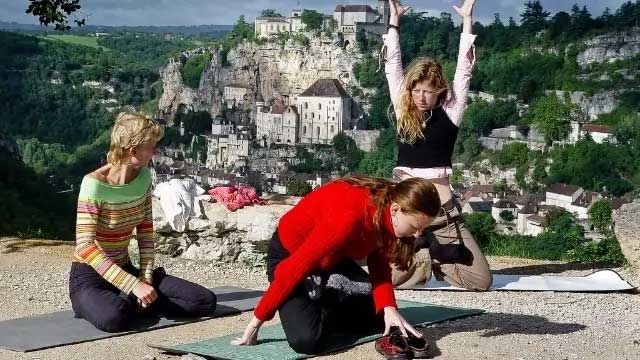 Female devotees during a “spiritual trekking” in Rocamadour, France

After hostile ex-members had supplied to the police a full list of the Path’s students, officers started identifying and interrogating all the women who had been unhooked, trying to find evidence of sexual abuse. More than half of the unhooked women were interviewed, some in person and some by phone only, by the police, which found eight cases of women claiming that the unhooking had been an unpleasant experience.

Prosecutors eventually regarded the case of L.N. as the more promising. She was the daughter of a senior police officer, told her story to the police, and successfully resisted further attempts by Jára’s and Plášková’s defense asking that she testifies in court, claiming post-traumatic stress and finally leaving the Czech Republic. Ultimately, the Zlín branch of the Regional Court of Brno argued that her presence in the trial was not necessary, as her story can be reconstructed on the basis of the police records. Police documents argue that L.N., before participating in the ritual, had not understood what the unhooking was all about (although it was clearly described in the Path’s publications and lectures), tried to stop the process, and was forced to conclude it by Jára and Plášková. The latter, she said, even kept molesting her after the ritual had concluded. Plášková’s and Jára’s attorneys objected, offering photographic evidence that, after the first unhooking, a smiling L.N. came back for a second session the next week, which would be strange if she had felt raped. 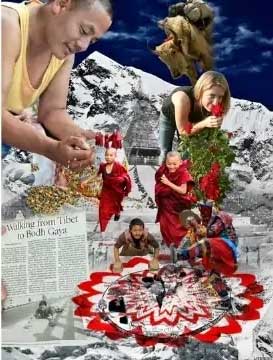 On October 19, 2010, the elite security force of the Czech Police (SROC), in cooperation with the Zlín branch of the Regional Court of Brno, raided the premises of the movement and the homes of senior members in the Czech Republic. 13 female mentors were detained. Over 200,000 euros were confiscated and not given back to the movement until this day. The involvement of the media and the fact that the raids were carried out in the early hours of the morning by elite police corps, as if they were dealing with terrorists, are similar to what happened in other “cult” cases.

On May 28, 2012, the Zlín branch of the Regional Court of Brno issued an international arrest warrant against Jára and Plášková, for eight rapes allegedly committed between 2004 and 2006. On October 7, 2014, the same Zlín branch of the Regional Court of Brno sentenced Jára and Plášková, in absentia, to jail terms respectively of 10 and 9 and a half years. Consequently, under pressure from the Czech authorities, Plášková and Jára were arrested in the Philippines, respectively on April 14 and May 15, 2015. They applied for political asylum, claiming they were persecuted in the Czech Republic because of their religion. Their first requests were denied in 2015, based on negative information the Czech Embassy forwarded to the local Ministry of Justice, and, pending appeal, they remain detained to this day in the Immigration Detention Center of Bagong Diwa, near Manila, in circumstances international NGOs have described as unsanitary and dangerous, separated from children they both have in the Philippines.

On June 10, 2015, the Czech police even tried to forcibly deport Jára back to Prague from the Philippines, while his asylum case was pending. Paradoxically, the failed attempt, which had obviously been programmed before, occurred a few days after, on May 21, the High Court of Olomouc had cancelled the Zlín decision of 2014 and remanded the case to the Zlín branch court.

After a long delay, on January 26, 2018, the Zlín branch of the Regional Court of Brno ruled on the case of eight women, and sentenced again both Jára and Plášková, to a slightly reduced jail penalty of seven and a half years.

On October 10, 2018, on appeal, the High Court of Olomouc divided the case into two separate branches. It ruled about the alleged rape of one woman, L.N., sentencing Jára and Plášková respectively to jail penalties of five and a half and five years. The case of the other seven women was sent back to the Zlín branch of the Regional Court of Brno.

On March 27, 2019, the Czech Supreme Court confirmed the appeal verdict of Olomouc in the L.N. case and the jail penalties for the accused. Jára and Plášková filed a recourse with the Czech Constitutional Court, claiming that their right to defense had been violated, as they were not served with proper notices of the trials in the Philippines, and their lawyers were not able to interrogate L.N and confront her with what they believed were her contradictions. The recourse was however rejected, as were (largely for formal reasons) those filed by Plášková and Jára with the European Court of Human Rights.

On March 31, 2020, the Zlín branch of the Regional Court of Brno found Jára and Plášková guilty of rape or sexual abuse of another six women (the case of the seventh woman was dropped for lack of evidence), and the verdict was confirmed by the High Court of Olomouc on appeal on January 21, 2021. Procedural rules prevented the courts at this stage to impose further jail penalties on the two defendants. The decision is thus mostly symbolic, although it is dangerously colored by pseudo-scientific brainwashing theories, as it implies that even if the women consented to the unhooking they did so because they were psychologically manipulated by the defendants. The decision had been appealed by the defendants’ lawyers to the Supreme Court. 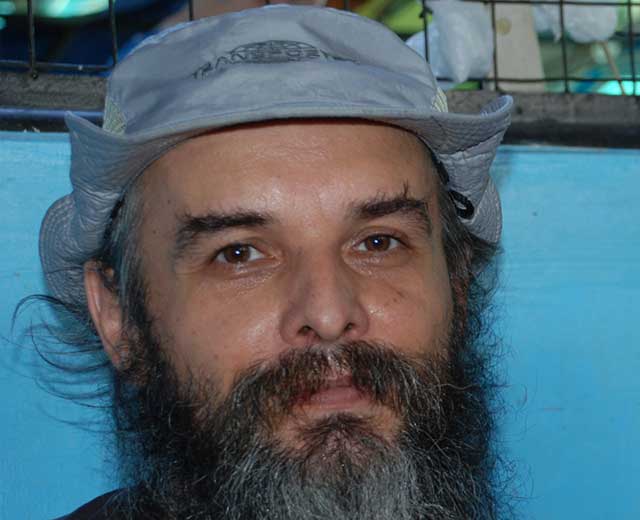 Guru Jára in the Philippines

Jára and Plášková are since 2015 in detention centers in the Philippines. Czech authorities continue to seek their extradition, and have indicated that if extradited they should purge in the Czech Republic their jail penalties of five and a half and five years respectively, despite the fact that their detention in the Philippines as illegal immigrants has already exceeded these terms.

The ball is now in the camp of the court in the Philippines that should decide about the asylum. Is this a simple case of foreigners sentenced for rape and sexual abuse, who try to escape justice in their home country? We believe our series of articles raises at least a doubt about it. Reconstructing Tantric sexual rituals as “rape” or “abuse” is simplistic. Unlike the Czech judges, we do not believe that the women who denounced Jára and Plášková visited the guru with the purpose of being unhooked without knowing what unhooking was all about. The process is clearly described in the Path’s literature and, according to dozens of witnesses, explained in the Path’s teachings delivered orally.

One may legitimately disagree with sexual rituals in general, but why they should be less tolerated in our societies than other forms of sexuality between consenting adults is unclear. It was clearly impossible for the defendants to get a fair trial in a climate poisoned by media accounts of the “cult of sex” and political attacks against the movement. The judges denied that the adults involved were really consenting, but that physical violence was involved appears very much doubtful within the context of a movement teaching sacred sexuality rituals. Stating that the women were manipulated into consenting is tantamount to argue that nobody would engage in sexual rituals or sex magic unless “brainwashed.” This is an aprioristic conclusion, and one that scholarly studies based on interviews with female (and male) devotees of esoteric groups practicing sex magic have consistently denied.