Brainwashing, Italian-Style: Some Want the “Plagio” Back Some things return every year, such as the swallows, the primroses, and proposals by anti-cultists to re-introduce anti-brainwashing statutes in Italy.

by Massimo Introvigne — In previous articles, we explained how the 1981 Constitutional Court decision on “plagio” made it impossible in Italy to prosecute religious leaders for the alleged crimes of “brainwashing” or “mental manipulation” of their followers.

The decision concerned the leader of a Catholic group, but the Constitutional Court ruling also saved Eugenio Siragusa from the charge of “plagio,” leveled for the first time against the leader of a new religious movement. Siragusa was the founder of the Cosmic Brotherhood, a UFO religion. He had been arrested in 1978 and accused of “plagio” against two rich American members of the Cosmic Brotherhood, who had made important donations. The Court of Catania, Sicily, acquitted him in 1982, acknowledging that “plagio” no longer existed in Italian law.

Most of these comments are, at best, witticisms of dubious taste. The crime of “plagio” was eliminated from the Italian Criminal Code not because the Constitutional Court believed that “plagio” existed and, like adultery, it should no longer be punished, but because, it said, “plagio” does not exist. The Court clearly wrote that “plagio” is something “whose specific traits could not be reliably and rationally specified” and that it is “clearly impossible to find in real life a situation of total subjection,” i.e., of “plagio.” Clearly, no one would argue that adultery is “impossible to find in real life”!

Several scholars argued that the Braibanti case never reached the Constitutional Court, while the Grasso case did, because Grasso was a popular Catholic priest hold in high esteem by his bishop and even by the Pope, and thus was in a social position different from the one Braibanti, as a homosexual, found himself in the backward Italian context of the 1960s. This is a sociological and political comment, and a valid one. On the other hand, from a legal point of view, the Constitutional Court came to a general conclusion, not limited to the case of Father Grasso’s community. 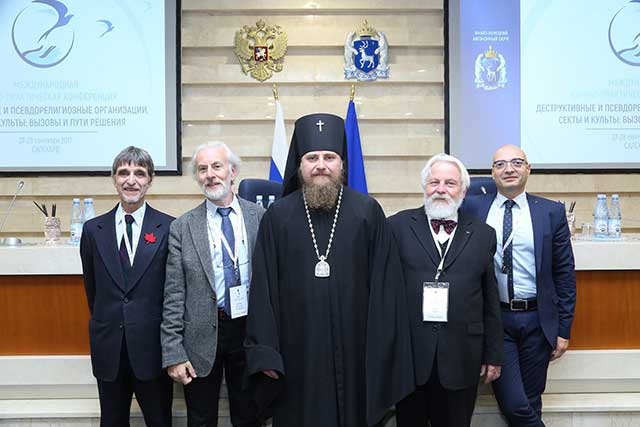 An international network. Italian anti-cultist Luigi Corvaglia at the extreme right (not his political opinion) with, from left to right, fellow anti-cultists Gerry Armstrong, Alexander Dvorkin, and Thomas Gandow at a conference in Salekhard, Siberia, on September 29, 2017. In the center, Archbishop Nikolai Chashin expresses his support. Photo:  yamalrpc.ru

Some things return every year, as the swallows and the primroses. Almost every year, those opposed to “cults” try to introduce legislation against “mind control,” “mental manipulation,” “psychological enslavement,” or, simply, “plagio.” They use the theory of the legal vacuum, claiming that when a provision is eliminated that punished a crime, a legislative gap is created, and a new statute should be introduced taking care of that offense, lest it would be left unpunished.

The argument is based on the idea that “plagio,” or “brainwashing” by any other name, exists, that “cults” practice it, and that because of the Constitutional Court decision of 1981 their crimes are left unpunished.

A legal vacuum exists when a crime was punished by an old provision, the statute was eliminated by a superior authority that claimed it was poorly written or imposed excessive penalties, and legislators are invited to take care of the offense by passing a new law.

This is not the case for “plagio.” In the 1981 decision, there is no invitation to enact a new law. On the contrary, there is a clear indication that “plagio” is “impossible to find in the real life,” and the severe comment that sentencing somebody for “plagio,” while claiming to punish the method used to promote certain ideas, in fact punishes the result of the persuasion process, i.e., ideas or beliefs that society or opponents or judges regard as unacceptable.

This has not changed with respect to the decision of 1981. As the Court said, nobody can trace a boundary between licit “psychological conditioning,” a frequent, normal part of everyday life, and illicit “plagio.” It is true today as it was in 1981 that those who claim to be able to trace such boundaries are in fact hiding constitutionally forbidden judgments about the “quality” of the ideas and lifestyles into which the individual has allegedly been “brainwashed.”

This does not mean that all religious movements are benign. There are “criminal religious movements” both within and outside the mainline religions. They are responsible of real crimes, such as sexual abuse and economic fraud, which are different from the imaginary crimes of “being a cult” and “recruiting members through ‘plagio’ or ‘brainwashing.’” No new law, or re-introduction of the old article 603 on “plagio,” is necessary to punish those who commit common crimes under the pretext of religion.

It is also important to note that, when it eliminated article 603, the Constitutional Court was aware that the Criminal Code also included article 600, punishing those who, through “violence, threat, deception, abuse of authority or taking advantage of a situation of vulnerability, physical or psychic inferiority or a situation of need,” “reduce or maintain a person in a state of continuous subjection, forcing him or her to work or perform sexual activities, or to beg, or in any case to carry out illegal activities.” The difference is that enslavement is here finalized to slave work, sexual abuse, or inducing the person in a state of subjection to commit a crime.

Article 600 is routinely used in Italy to punish Nigerian and other African madams who use Vudu and other rituals to compel immigrant girls to join prostitution rings. In this case, neither their method of persuasion (suggestive Vudu rituals) per se, nor the fact that they indoctrinate the girls into Vudu as a religion or ideology is punished. What is punished is that the suggestive rituals are finalized to an illicit aim, i.e., to recruit and keep them in the prostitution ring.

On February 6, 2021, the Supreme Court of Cassation confirmed in part the decision rendered against a former Catholic priest called Mauro Cioni, who had founded a splinter group in the Tuscan village of Montecchio di Cortona, where he had sexually abused devotees for years. The Appeal Court found him guilty of sexual abuse and other crimes, but not of enslavement under article 600. The Cassation stated that the Appeal Court had misinterpreted article 600, and sent the case back to be decided again on the enslavement part. 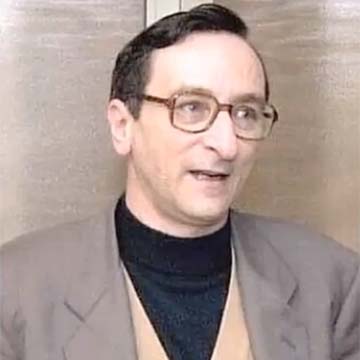 A couple of months after the decision, perhaps inspired by anti-cultists, some Italian media presented the Cassation’s ruling as revolutionary, claiming that it had affirmed the principle of psychological, rather than physical, enslavement, as if, going beyond its powers, the Cassation had decided that the Constitutional Court decision of 1981 on “plagio” no longer applied. This was a misinterpretation. A quick look at any legal data base would have persuaded the anti-cultists and their friends in the media that almost every month, African madams and pimps are sentenced under article 600 for having enslaved the prostitutes they manage “taking advantage of a situation of psychic inferiority,” inter alia through evocative Vudu rituals, without the use of physical violence or drugs. Their cases fall within the scope of article 600.

Article 600 was left untouched in 1981 because it was different from article 603. To be sentenced under article 600, a defendant should take advantage of the victims’ “psychic inferiority” to enroll them in slave work, or sexual or criminal activities. Cioni may be guilty under article 603, the Cassation said, not because he used certain methods of persuasion, or converted his devotees to a bizarre religion, but because the persuasion was finalized at sexual abuse or slave labor. Had Cioni used heavy methods of persuasion simply to lead his followers to believe that he was God or a divine incarnation, he would have escaped article 600. Perhaps he would not have escaped the old article 603, which really dealt what in other countries was called “brainwashing” and considered it a crime, but the fact of the matter is that article 603 no longer exists.

Of course, we should look at Italy within the broader context of the international debate about “brainwashing.” The 1981 Italian Constitutional Court ruling had the providential effect of saving Italy from some of the misunderstandings that have plagued other European countries. Friends of religious liberty should be vigilant to prevent the old ghosts of “plagio” from coming back, from the outer darkness to where the Constitutional Court had banished them.